Waiting To Be Unearthed, Created and Supported. 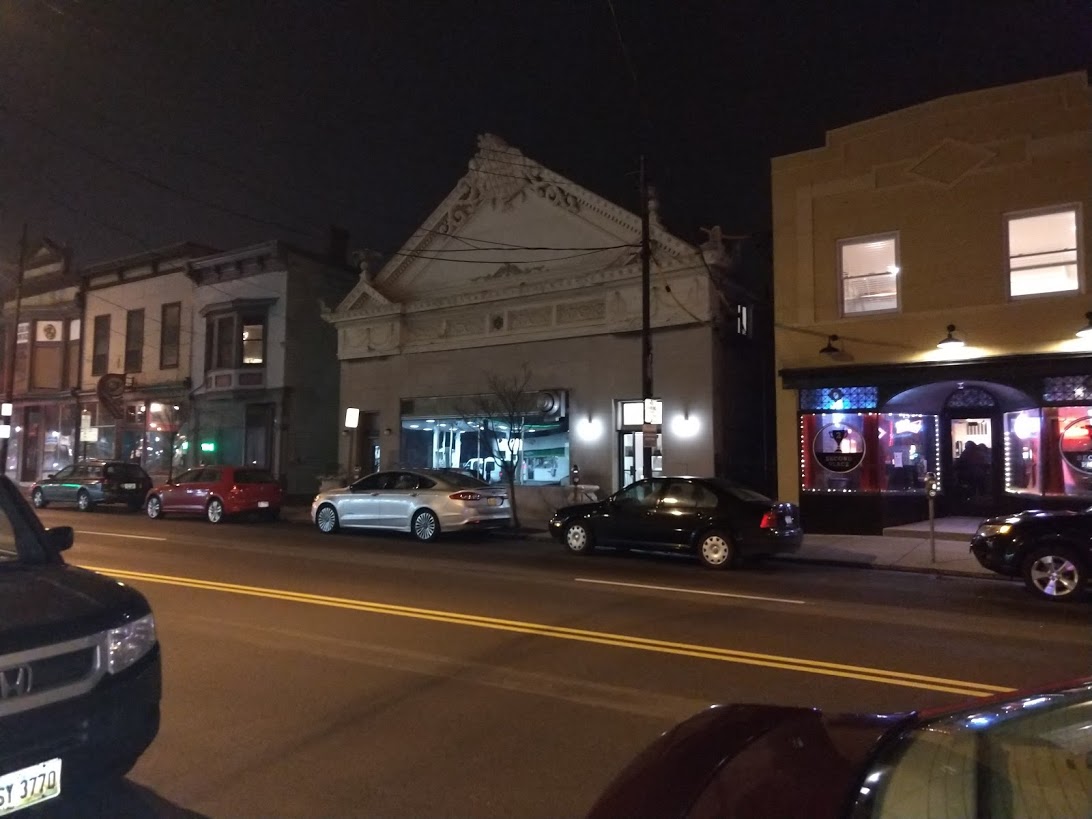 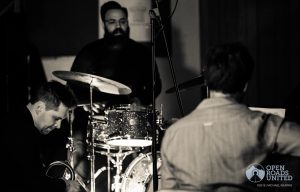 Closed to the public for seventy-four years, The Deaf Club of Cincinnati, located at 3938 Spring Grove Ave adjacent to Littlefield’s, reopened in a highly improbable manner this past Saturday evening; rechristened as a high-end jazz club complete with private memberships, a well-dressed and well-heeled clientele, a New York City Trio on the band stand and a twenty-five-dollar cover at the door.

The reconstituted venue- a 501C3 venture named the Liberty Jazz Lab hopes to hold similar monthly concerts and is the love child of local jazz player and entrepreneur Brandon Coleman and a number of likeminded creative partners. The opening of the lab follows on the heels of Coleman’s offering more traditional shows in a loft on Eighth Street – The Golden Means. 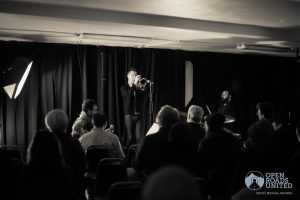 As for the show itself- it was a success on every level. The well-behaved crowd sat and listened, rather than spoke, through the concert- a near first in Cincinnati music history. The band itself- John Raymond’s prog/fusion trio Real Feels- with Gilad Hekselman (guitar) and Colin Stranahan (drums), and Raymond on flugelhorn were clean, professional and warm on every level. Playing through covers (Paul Simon, Bon Hiver and Bon Dylan) and original pieces from their just released disc, the trio’s sound, was full of reverb, without being distant- combining a fusion sensibility with traditional jazz underpinnings. A fine night to celebrate the release of Raymond’s newest Real Feels album Joy Ride on Sunnyside Records. 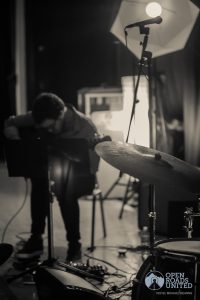 All things considered the venue and the event were a perfect match. The Deaf Club, which consists of two rooms- a lower room behind the street front restaurant and an upstairs ballroom.

The building itself has a fascinating history. It became the Deaf Club in 1939, two years after the building and the neighborhood were completely inundated by the great flood of 1937. The building which was refurbished after the flood, by The Deaf Club, has been closed to the public since that time. Prior to the flood, the building served as a vaudeville theater and silent movie house.

The lower level room- which served as the evening’s listening room sits approximately 150 guests comfortably, already has a full sized bar and wonderful acoustics as the room is heavily draped and offers tremendous sound with old school ambiance. 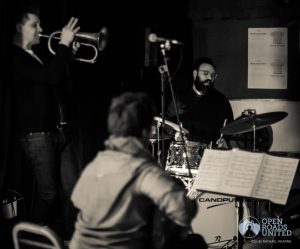 Upstairs is a ballroom for three hundred, complete with stage, bar, beautiful hardwood floors and the original ballroom lamp.

While acknowledging that promoting a twenty-five dollar a head progressive/fusion jazz show, in Northside, a neighborhood traditionally associated with local rock and five dollar cover charges, was a gamble, Coleman explained, that he thought the show a risk worth taking, “So much of the music in this town is based on being offered for free. We’re trying to put some value in the music in this town.” 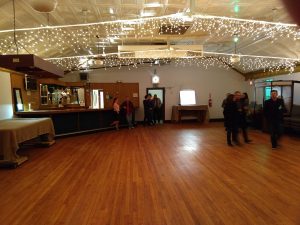 Speaking to the audience between sets, Craig Brammer, one of Coleman’s partners in the venture, stated that the point of their non-profit was to “get musicians paid what they’re worth.” Coleman also said that the Jazz Lab was also dedicated to trying to build a place for future jazz. “There’s so much talent in this town- especially with CCM- and these guys have nowhere to play.”

If Saturday evening was any indication, future jazz fans now have a home. Acknowledging both the unique nature of the current jazz scene both nationally and locally, musician, and DJ, Ron Esposito noted before the show “The thing about these kids, about these jazz players, is that they’re as well versed in King Crimson as Coltrane” 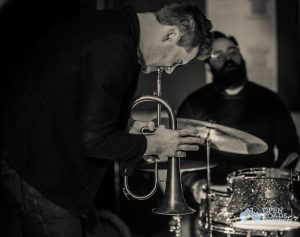 No matter the rational, it all worked. The crowd was clearly appreciative of the Lab’s efforts and no one seemed to blanch at paying an increased cover for the luxury of first rate jazz in an intimate setting. Raymond and Real Feels, for their part, did not disappoint. Recently dubbed as a Rising Star by Downbeat Magazine, Raymond has released four albums since 2012, all of which have received critical acclaim from the national jazz press including Downbeat and JazzTimes.

Lastly, this project feels both important and exciting because it forces one to wonder, how many such rooms lurk beneath this city’s

partially dormant shell? How many similar projects are waiting to be unearthed, created and supported? What other kinds of music and art is this ever-expanding town yearning for and who is willing to answer that call and explore the boundaries of art in this town? My guess is that we won’t be waiting long to find out. 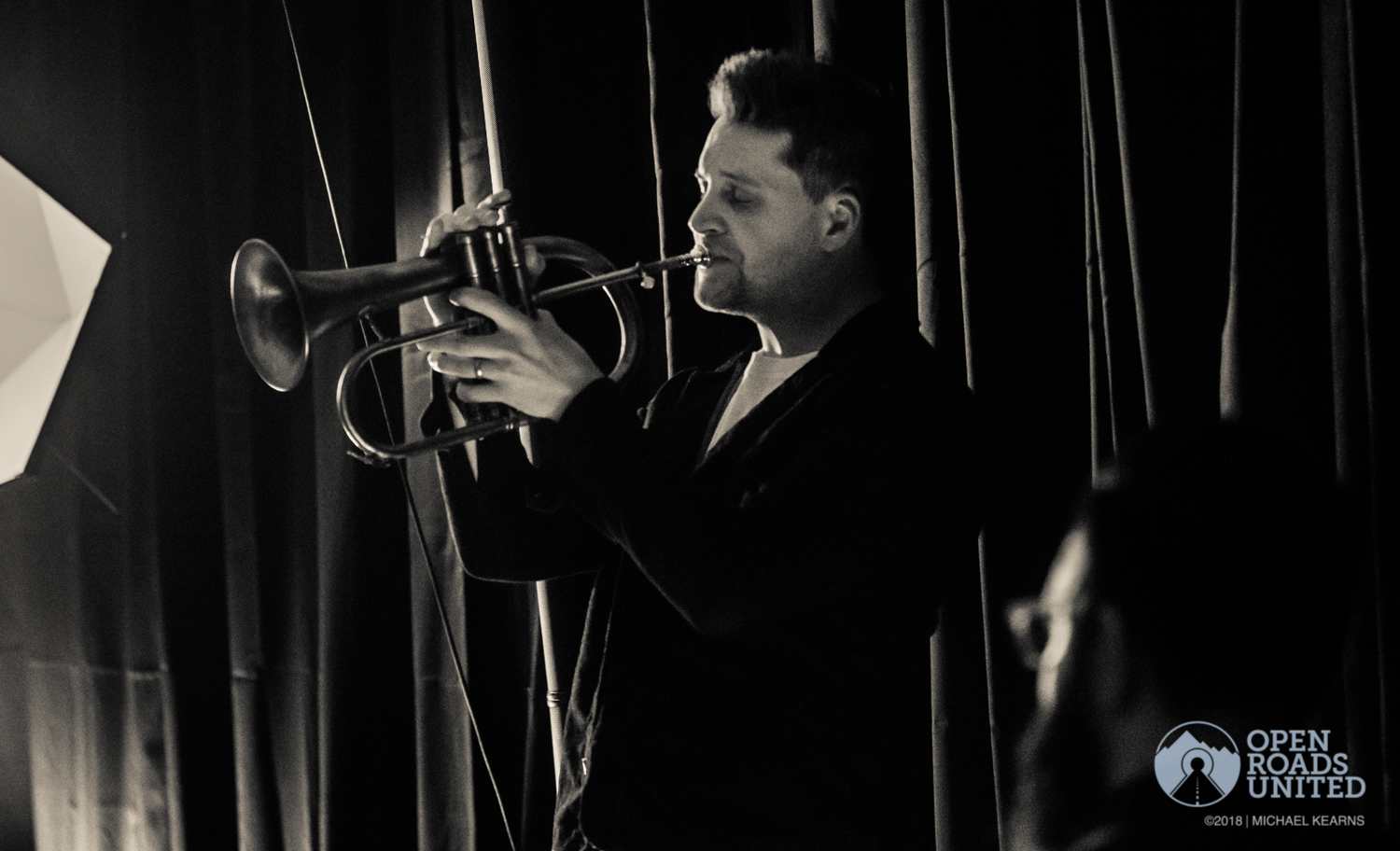