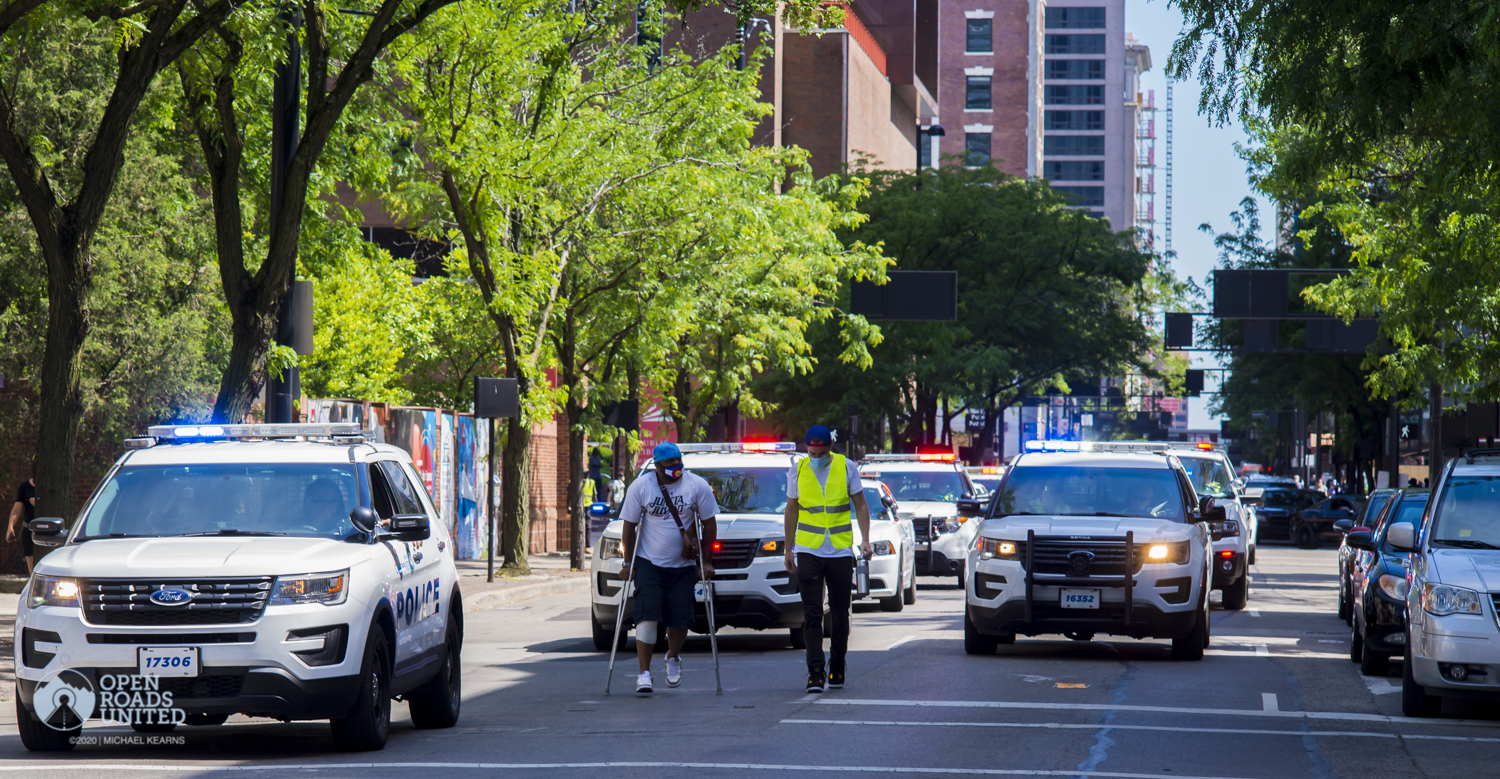 Yes, I know we live in a free country, but what about my internal country? How free am I in there?

Have you ever rafted a serious white water river, one with Class IV and V rapids?

You come up on the rapids and drift to center and then you’re staring down into a hole deep enough to eat your large yellow raft, with a massive deadly pin rock just on the other side of the fray.

There’s that small perilous segment of time, just before you drop into oblivion,  to register the adrenalin and cortisone shooting into your blood stream. Just enough time to think I/we are deeply fucked.

The first real water I ever rafted was the Ocoee river on the Georgia-Tennessee border. This was a long time ago- before part of the river was reconstructed for the Atlanta Olympics.

Back then it was a medium surly river. Rafters put in at the base of a bottom release dam. The river there was very fast and cold. The Ocoee River has mostly Class III rapids though three sections are designated as Class IV. At the end of the day, it is more than big enough to kill the careless and inexperienced.

I and my spouse- who normally does not go in with some foolishness- were invited by friends of friends to camp for the weekend in the north Georgia mountains and to spend a Saturday white water rafting. Friends of friends had already arranged for outfitters to take us down the river. 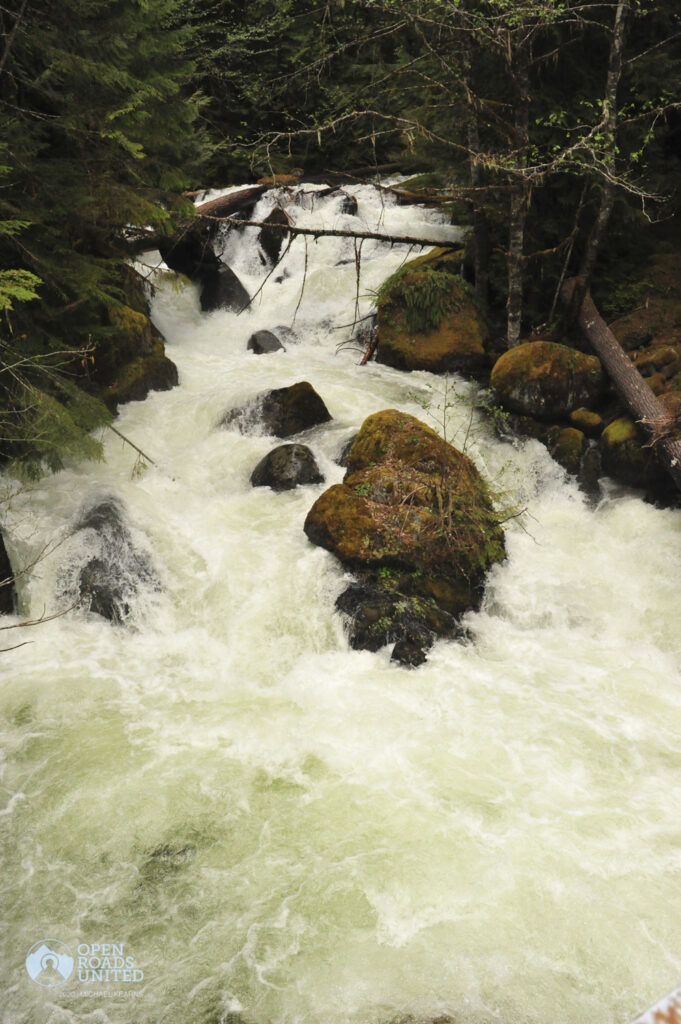 In the end we, and several other couples with whom we were close, joined this larger extended group of folk- few of whom we knew.

We took off from the base of the dam. The river there is broad and swift and cold.  The only real potential problem, at that point, is a large pin rock in the center of the river. It was maybe twenty feet across. So to get safely and happily under way, all one had to do was jump in the raft, paddle and not hit the relatively small rock in the middle of the largish river.

As you’ve already guess, our large, soft and not particularly bright guide managed to do just that, he hit the pin rock dead on.

Water poured into the raft at a terrifying rate. The raft began to sink. The current precluded swimming.

It was at this point that our simple mooned faced country boy of a guide turned to my friend Joe and said, “Hey do you think you could push us off this rock?”

Other acts of ignorance occurred, but we eventually did make our way to the end of the day; the trip was a disaster, a series of stunningly and seemingly endless acts of incompetence by the the outfitter guiding us. 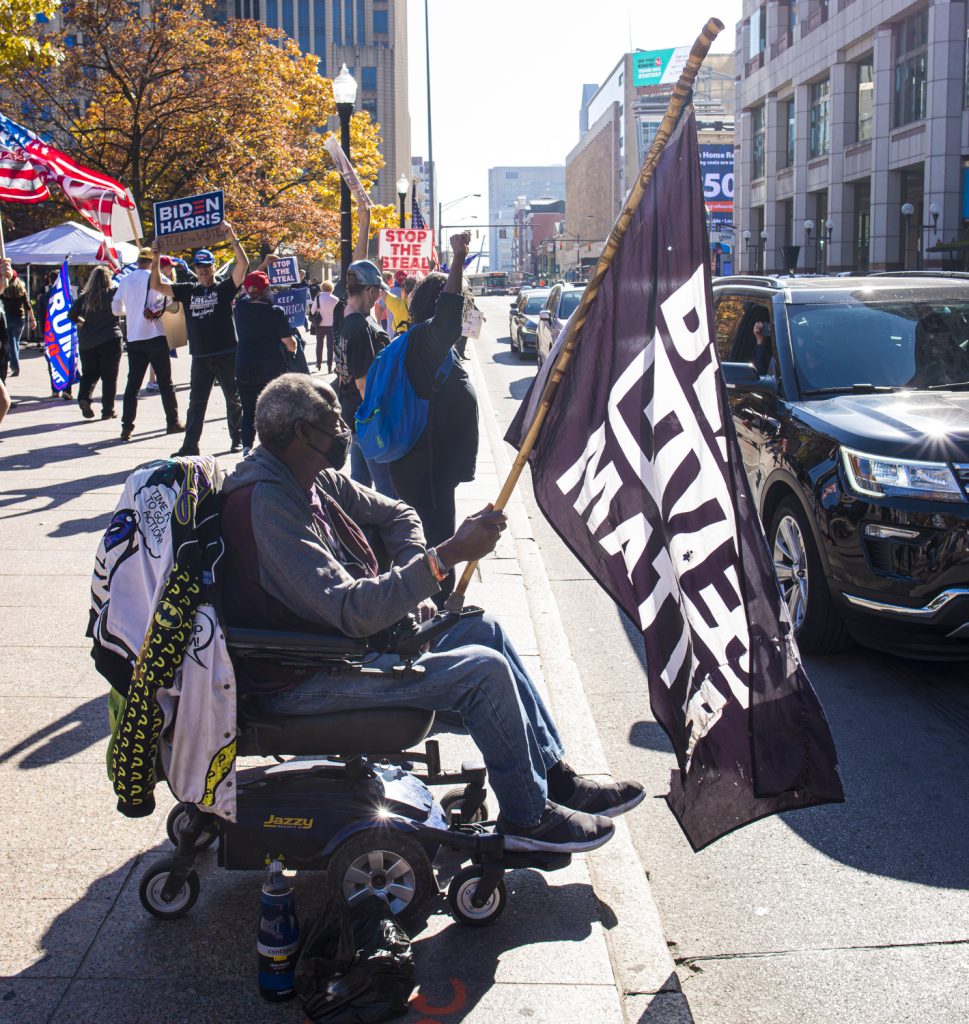 Our guide, the moon faced boy, confessed during the course of the day that he had never white water guided before this summer. He thought it would be a neat way to spend the summer.

He apparently never thought about the fact that his incompetence and cluelessness could easily lead to someone’s death.

That night, around the campfire, I asked the guy who had booked the trip, how he had come to settle on this outfitter.

“Well the lines were busy at all the other places, this was the only place which answered the phone.”

I thought for a minute, tried to come up with a response, but in the end was dumfounded by this fool’s simplicity and stupidity. 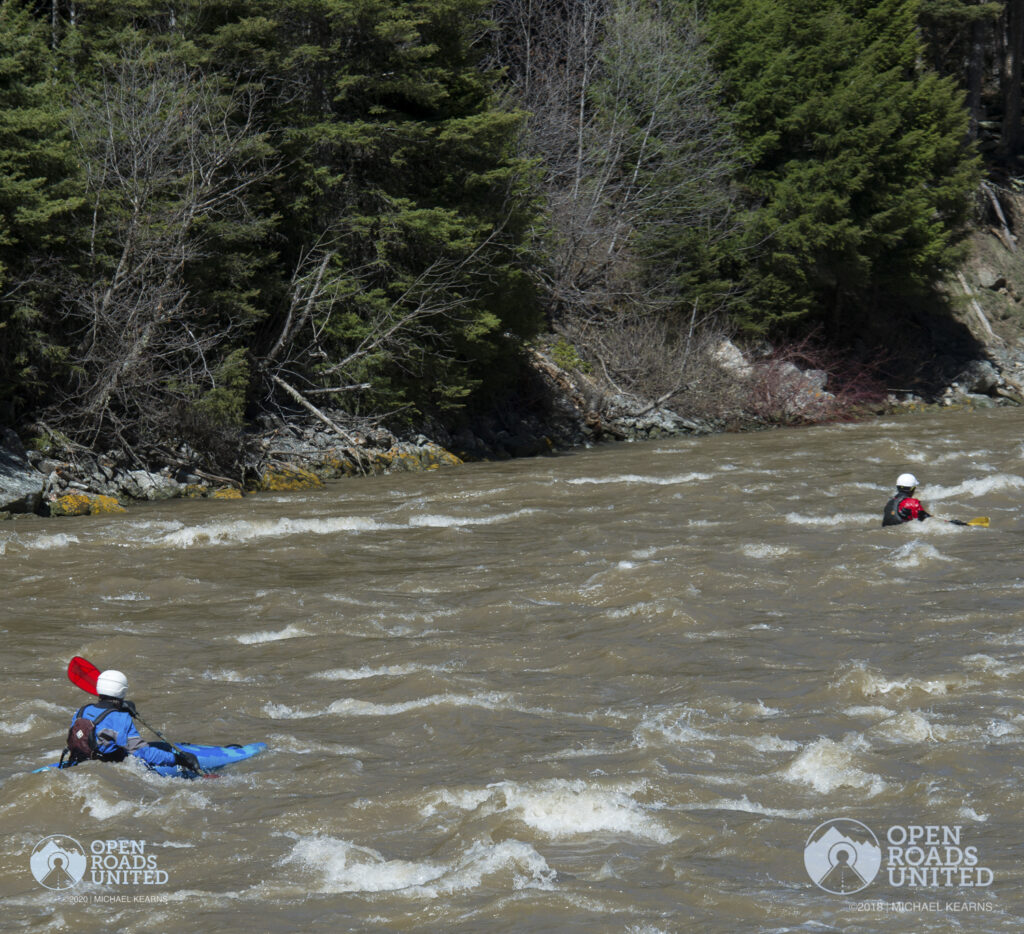 As a nation, of course, we are currently suffering similar consequences, a similar fate. We are collectively trapped on a very large pin rock, trapped far from safety, with hypothermic waters flooding our ship of state.

We are, as a nation, currently and collectively suffering the actions of  a band of fools, thieves, greedbags, idiots and incompetents; and, as a result, our very health, safety, and quite possibly, our lives, now hang in the balance.

And as with the moon faced, guide, America hired this murderous band of thugs simply because we were stupid and lazy and couldn’t be bothered to find anyone better.

Everyone has suffered, of course.  We have been, and are still, all stuck in this backwater of lunacy for at least another several months.

The pandemic and our government’s non response to same have affected people in differing ways- some worse than others.

I can’t help but feel, for instance, that artists have particularly- though not singularly suffered.

Artists, for instance, have collectively been robbed of the opportunity as well as the means to bond together, to spend time together, to collaborate.

Most everyone with a brain, of course, has been isolated, but this segregation has been especially hard on the creative class for such bonding tends to be the very life stuff of any artists. 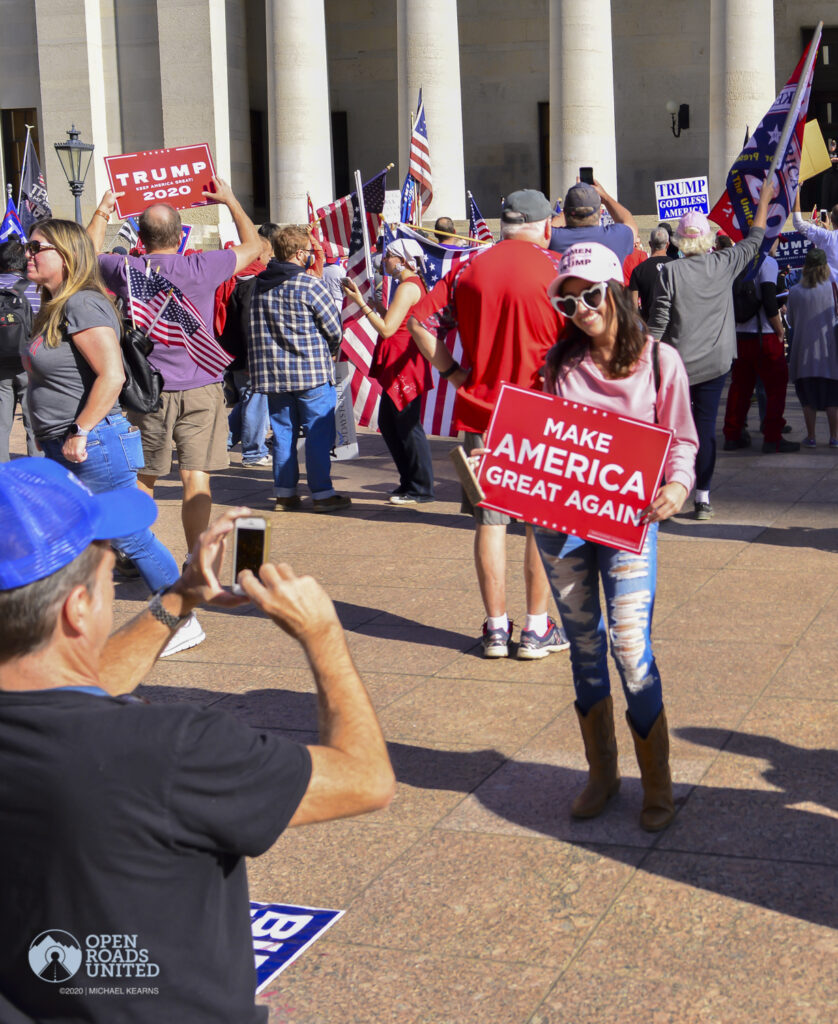 The opportunity to fraternize with that small part of the population capable of understanding your desires, proclivities and passions is the fuel which fires our engines, the blood which courses through our arteries.  Comradery and collaboration are, for the artist, crucial to the the free flow of creative thought, the exchange of ideas.

Dr. King’s abiding observation that “we are caught in an inescapable network of mutuality [and] whatever affects one directly, affects all indirectly,” applies to artists as to few other groups.

It is not that artists are better people, but they are a unique breed, one that is rarely understood by others, much in the same way that only cowboys tend to appreciate the cowboy culture. One thinks of Steinbeck’s observation, “All of them had a restlessness in common.”

Artists rely on a mutual flow of  inspiration and information to create. They require and crave a constant influx of stories, of images, of chatter and all endless forms of stimuli to trigger their work. This sort of interaction which normally lives in bars, coffee shops, galleries and museums has been rendered inert, sent into a coma over the last several years and especially over the last six months.

Creativity tends to not only suffer, but suffocate, when oppressed to extremes. To be sure, conflict can be the very spark which lights a creative blaze (would there have been any John Steinbeck or Ernest Hemingway but for the Spanish Civil War?); it’s also equally true that when the general environment becomes so poisoned as to asphyxiate all free speech and thought, then wholesale cognitive carnage follows.

We have been fortunate that such periods of stagnation in the history of America are rare.  Until now that is.  For over the last four years, life in America has been an exercise in mental and creative stagnation and strangulation. Artistic brilliance and spark has been smothered by the wholesale stupidity and nescience which has blanketed this country like a thick poisonous smog. 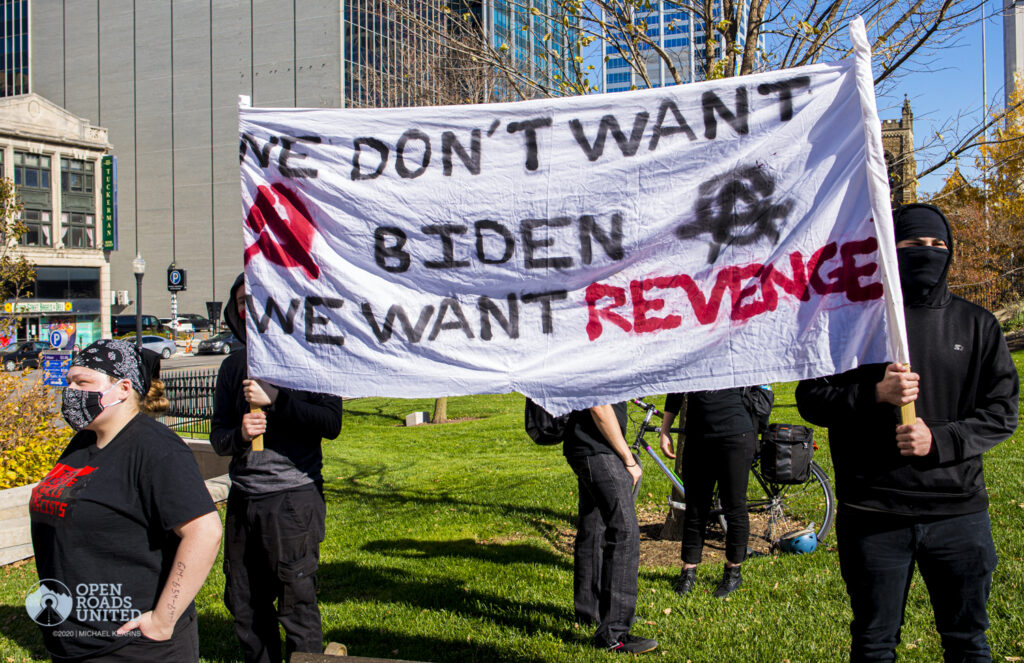 It is a trite observation, but is nonetheless true: artists are the canaries in the coal mine; and over the last four years, far too many intellectuals and artists have been left gasping for breath. Between our moronic government and the pandemic, life has before a daily exercise of hopelessness.

For many artists it has become impossible to create or share their art. There are few to no clubs or concerts in which for them to play their songs. The dearth of such clubs also means no work/opportunity for music photographers. Filmmakers have similarly been unable to shoot, comedians lack audiences and clubs. There are few open galleries to show new works by painters and sculptures.

The people who support such venues and ventures: producers, club owners, bar tenders in clubs, have also been left to starve.

For those who count on the arts for the livelihood, spirit and sanity, the last several years have been Berlin after the war, our collective lives have been, over the last four years, poisoned with stupidity, America has become uniformly gray, cold and utterly without soul. Such a combination is a perfect recipe for the widespread slaughter of art. “To be an artist is to believe in life,”  said Henry Moore.

Such an environment is dangerous because, as Rene Magritte noted, “Art evokes the mystery without which the world would not exist.”

There are few circumstances which can prove more deadly to a vibrant and free society than willful collective ignorance. When the masses are blindly and immediately willing to swallow any lie, when the media is willing, without thought to regurgitate any blatant untruth crapped from the mouth of the party leader and when the ruling class is willing to drop to their knees and fellate upon command for years on end; then intellectual death and decay will surely follow. 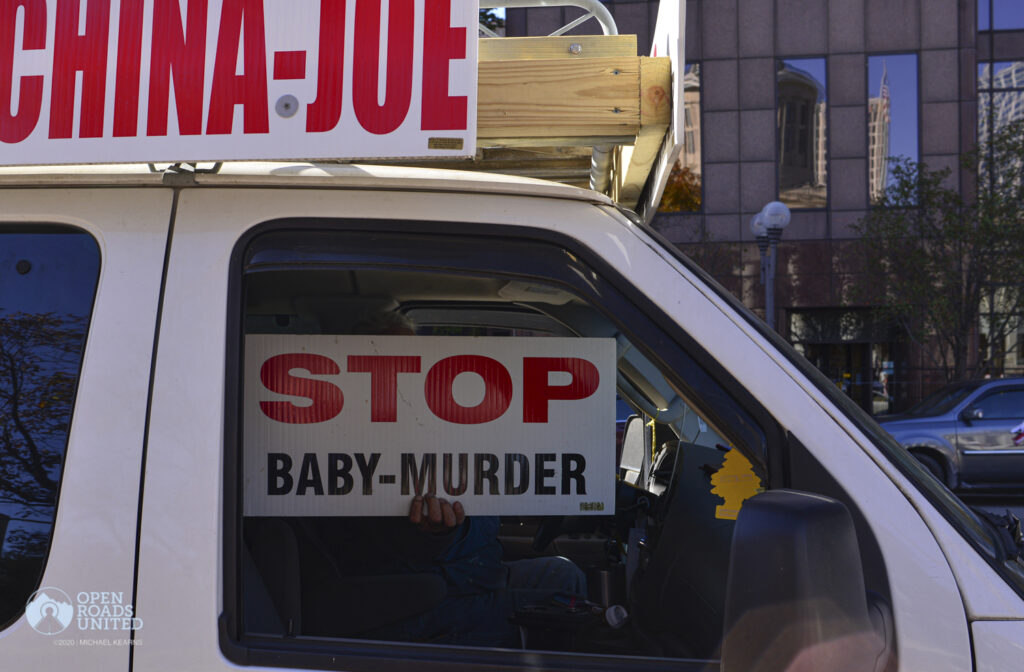 Under such circumstances, any and all banal lies become as valid and important as any universal truth, any beautiful work of art. If  the party leader vomits obvious lies  and those lies are praised by all as deeply true and meaningful, then what point is there to intellect and art?

Let us build our towers of cinderblock and dirt, for the are a beautiful as marble and gold.

The last five years will ultimately be recalled a period of profound intellectual insomnia, a condemnation of our schools and institutions. A time when the ability to acquiesce was more important than the ability to engage in critical thought.

Such times are anathema to creativity and artistic growth.  For while it is, hopefully, the function of the artists in society to light the way in such periods of darkness, there comes a time when one can tolerate only so much ignorance and oppression.

A rosebush will not bloom if it is watered with gasoline each day. Under such circumstances, artists will lose their inertia, their creative energy and cease to create.

In retrospect, in a time not far in the future, those who spend the last four years humoring the insane will find that in addition to the literal deaths of hundreds of thousands of citizens lost in the name of greed, they will also learn that we have lost countless works of art. We have lost incalculable books, photographs, essays and painting and poems. Works which were never created because their creators were choked in the gasses of indecency and brainlessness.

The oblivious who have caused this loss will bray that this is no loss of all, but such sentiments are, in the end, only the final proof that they are craven and inhuman. 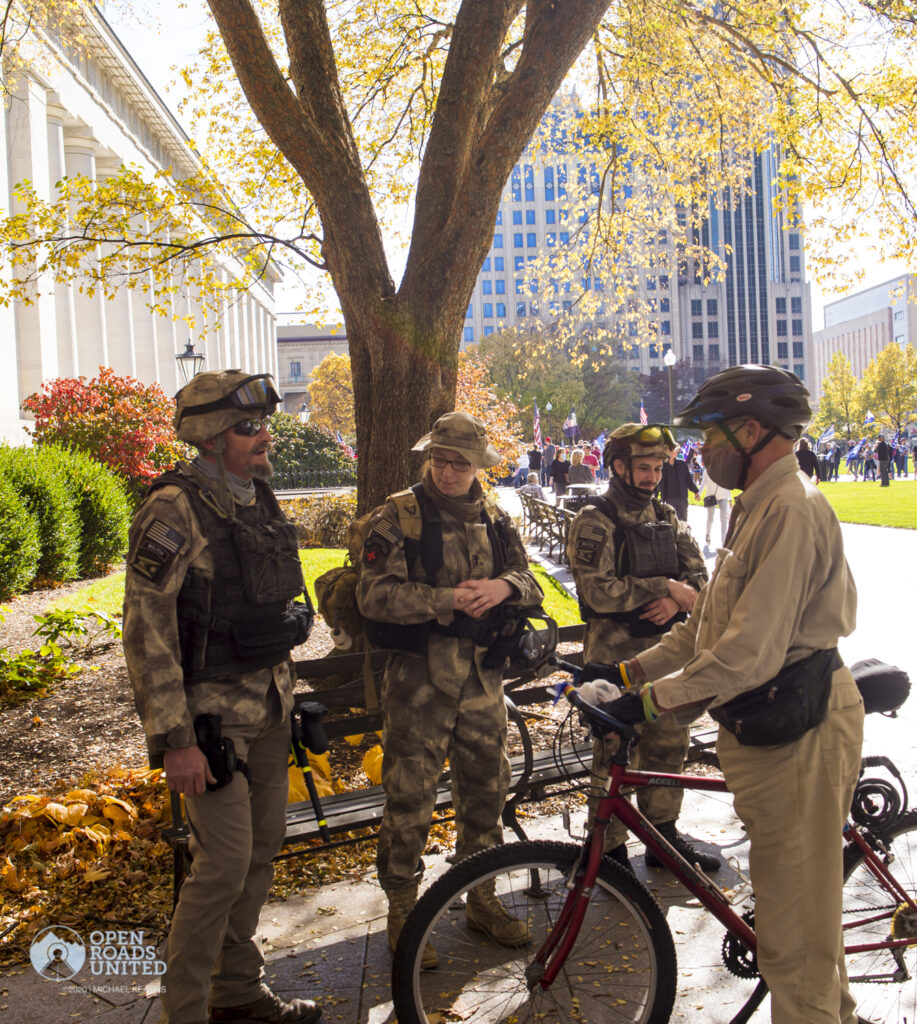 As Jean-Paul Sartre once stated, “We only become what we are by the radical and deep-seated refusal of that which others have made of us.”

The fact that gravely dark days lie ahead and the fact that we know not where we are headed matters little. This is always the case. “I know well what I am fleeing from but not what I am in search of,” said Michel de Montaigne 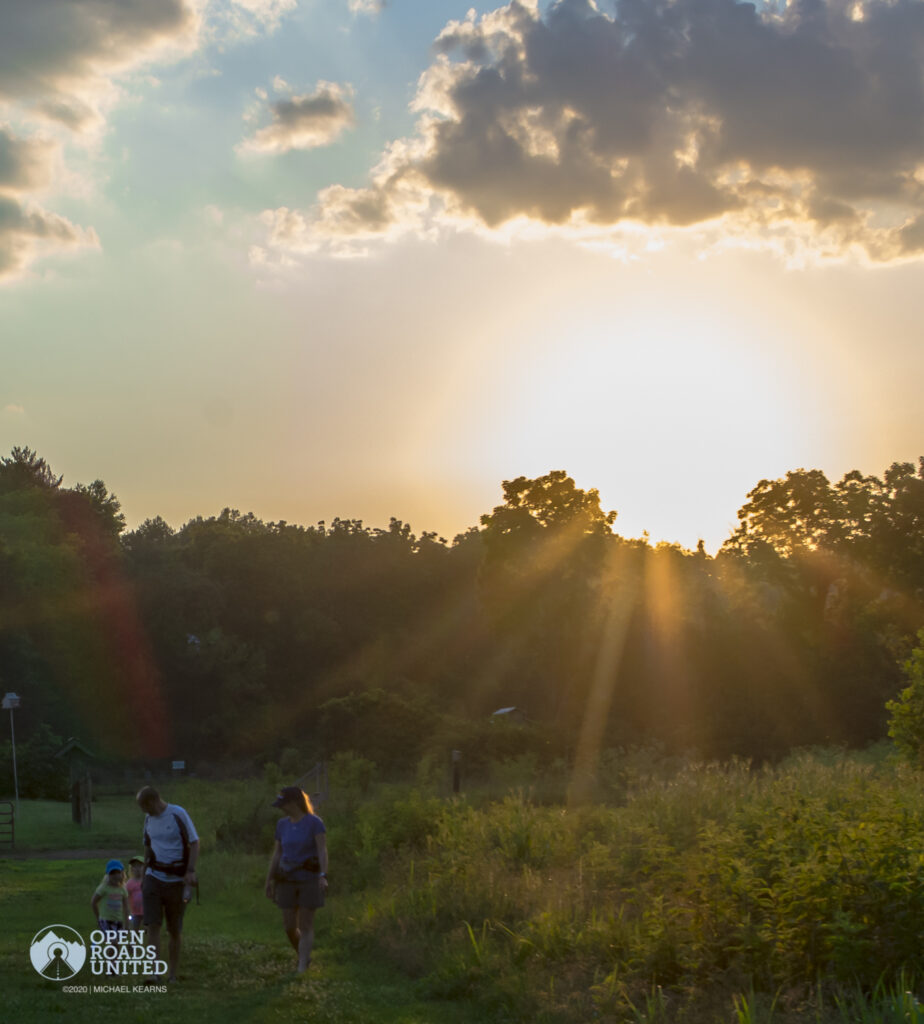 No matter how difficult and seemingly pointless the gesture we must rejoin the adventure of life and paint and write and shoot again. The alternative as Paul Coelho notes is artistic and spiritual death. “If you think adventure is dangerous, try routine.”

In the coming months we’ll be looking at ways to jump start your creativity.

Some people have already beat us to the punch.  New York artist Guy Stanley Philoche has spent  65 k buying work from artists struggling during the pandemic. He says artists do important work and are often forgotten during economic uncertainty. “The art world is my community and I needed to help my community,” Philoche told CNN. 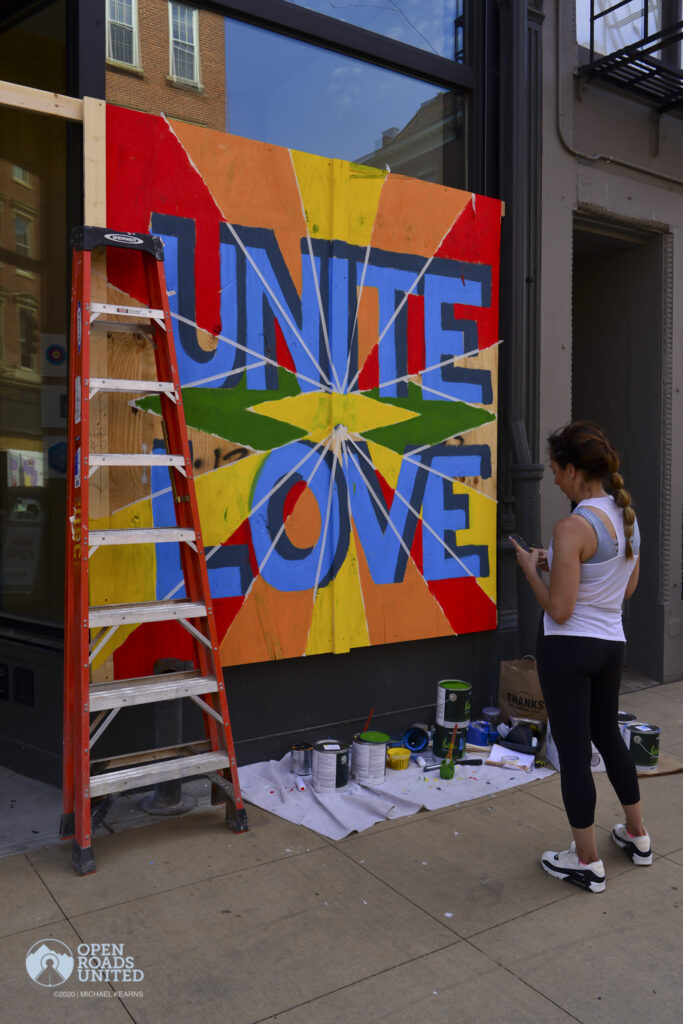 It is time to disengage our selves from battling with the immoral and the blind.  As  one of the wisest men ever to live, Gautama Buddha, once said, “Your work is to discover your world and then with all your heart give yourself to it.” – Buddha.

Our work as artists is to light the path, we must set ourselves free from the shackles of imbecility and begin our work anew. The salvation of the world depends upon it.