I’m So Lonesome I Could Cry Turns 70 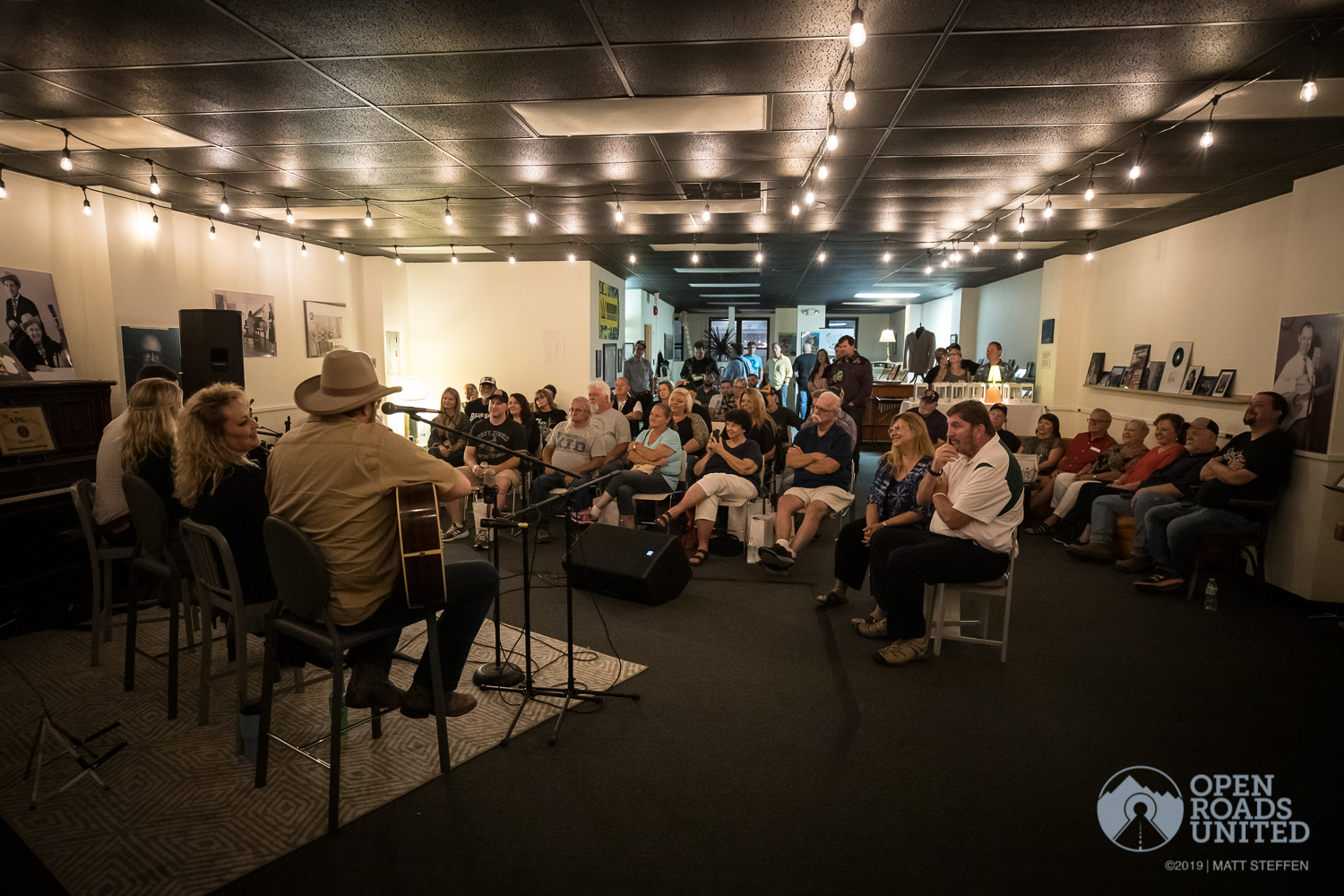 There are still places in this world where history can be felt and explored. Where it’s possible to stand upon the exact spot where something entirely original was birthed into existence. We as a country, and even more as a city, are quick to tear such places down, remove all memory, throw up less interesting, less worthy structures. We call such behavior progress. 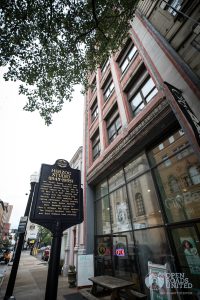 The photos recounting Cincinnati’s ghosted theaters, libraries, and beer halls are jaw dropping, to know that such relics are now buried under the asphalt of a Walgreen’s parking lot is heartbreaking. The remaining few treasures should be guarded fiercely.

Enter Elliott Ruther and his cohorts at The Cincinnati USA Music Heritage Foundation (CUMHF). They are responsible for saving some of our city’s musical heritage sites, homes to stories and songs which might have otherwise been silenced.

Last night, through their efforts, a capacity crowd stood in a room on the second floor of 811 Race Street, a nondescript six story building probably best known as the offices of CityBeat. It was in this seemingly unassuming room that seventy years ago to the day, Hank Williams recorded five songs, one of which would define a genre of music and inspire legions of musicians to carry that torch. “I’m So Lonesome I Could Cry” was born here. The song that would showcase that straight-forward, plainly spoken sadness and come to embody country music, propelling Williams into a superstar. He would be gone four short years later, leaving a bigger mark on the history of American music in a handful of years than most make in a lifetime. 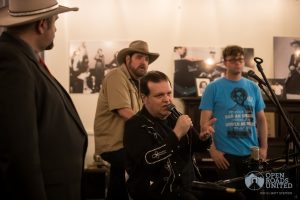 We gathered with a few of those torchbearers, Joey Allcorn, Bobby Tomberlin, Amanda Lynn, Zachariah Malachi, Brad and Tammy Sue Magness, W.D. Miller, and Josh Morningstar. They offered us stories about and the songs by Hank Williams, delivered with awe and reverie. Beth and Jeff Petty brought artifacts and souvenirs from the Hank Williams Museum in Montgomery, Alabama.

CUMHF is also responsible for convincing the city to put a plaque in front of the King Records building on Brewster Ave, and for hammering out an agreement saving it from demolition. In 2017 they were able to get the city to do the same for Herzog Studios.

In addition to Williams seminal works, countless musicians from MGM, King Records, and WLW’s Midwestern Hayride (the radio precursor to Hee-Haw) recorded here. Names like Patti Page, Rosemary Clooney, Moon Mullican, and Grandpa Jones passed through. Genre definers such as Flatt and Scruggs’ “Foggy Mountain Breakdown”, Bullmoose Jackson’s “The Honeydripper”, and The Delmore Brothers’ “Freight Train Boogie”, all recorded here. The two Hank Williams sessions in December of 1948 and August of the following year would serve to cement the room’s legendary status. 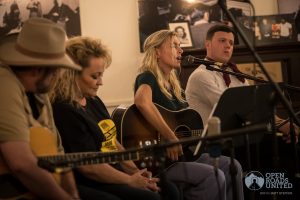 Williams first visit to Herzog, with thirty minutes of remaining studio time, yielded the oddly constructed throwaway track, “Lovesick Blues.” It’s unorthodox structure had members of the Pleasant Valley Boys frustrated, walking out of the session. Confident in what he had, it would end up putting Hank Williams on the map.

After a few months of touring behind the new material, he swung back through Cincinnati to reunite with the same lineup for another quick session that would produce the lead single “My Bucket’s Got a Hole In It,” and the b-side “I’m So Lonesome I Could Cry.” Released by MGM, it reached number four on the country charts and is now on everyone’s “best of” list.

With the help of The City of Cincinnati, CUMHF has breathed new life into 811 Race, holding special events in the former studio, filling it with memorabilia and photos from it’s heyday. Herzog Music, a collective of like minded folks, has moved into the space. Mike’s Music has filled the first floor with vintage instruments,  Elias Leisring (of BBQ fame) had opened a record and ephemera shop on the mezzanine, Keith Neltner of Nelter Small Batch has created the branding and merch, and the Queen City Music Academy offers clinics, discussions, lessons, and open jams. Herzog’s remains the last building to record Williams that is still standing.

We all, The City of Cincinnati, Herzog Music, all the volunteers and fans and patrons, owe a great debt of gratitude to everyone at CUMHF. Stop by for look around, catch a show, strum a guitar, buy a poster. This space defines Cincinnati music, our proud history of adding to the dialog years before Nashville became Music City. It could have all disappeared before we even knew what it existed. A rumor in the wind, blowing between the cars parked in yet another surface lot.