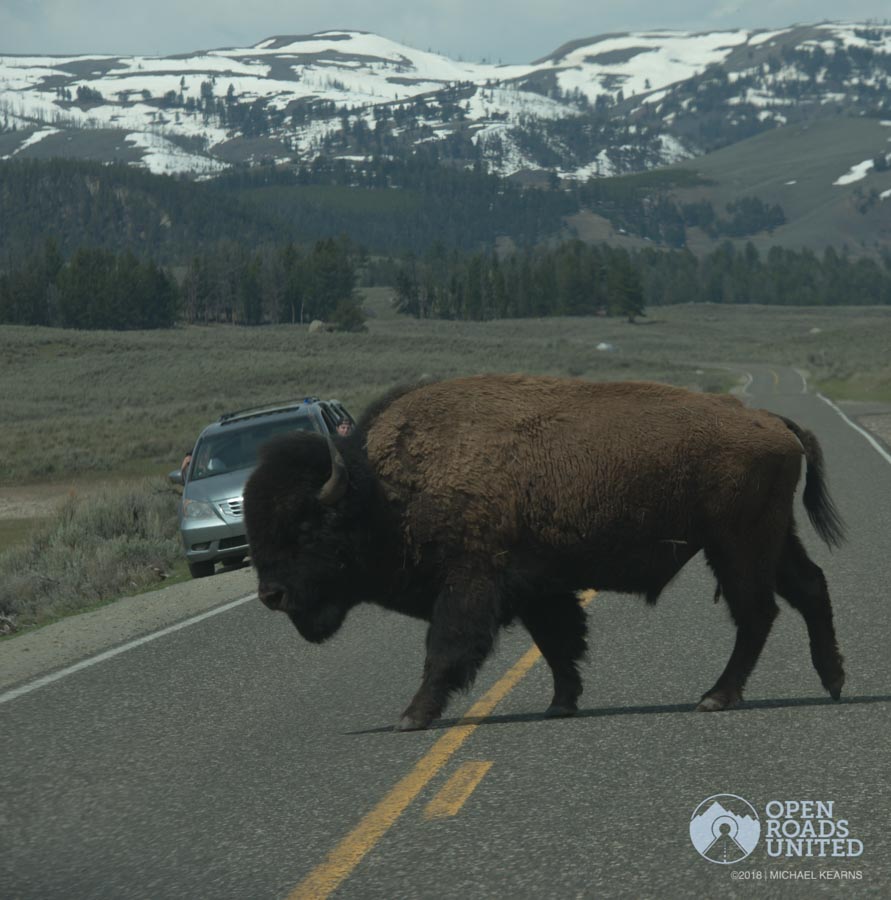 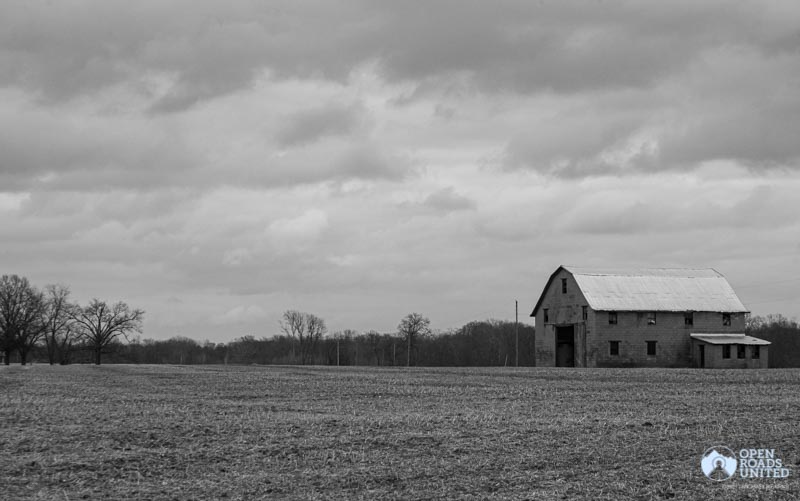 Subsequent to completing one of the most important books in the history of photography,  The Americans, Swiss emigres, Robert Frank, who spent years traveling America and photographing what he found along his journey, received considerable criticism from many who found his vision of America to be reductionist, unfair and even intentionally biased.

Frank’s depiction of class and racism, among other topics, did not sit well with those who considered America to be the greatest, the most powerful and most moral nation on the planet. Many accused Frank of ignoring the nation’s most noble qualities and institutions. The accused him of being blind to that which made America the world’s greatest guiding light in a post world war II world.

All this did not apparently matter to Frank. On his journey throughout the country- which occurred in 1956 and 1957- he stopped in San Francisco and visited with Photographer Wayne Miller. Miller said that Frank made a comment to him that has stuck with him for nearly fifty years. Frank told Miller that: “The photographer has to have a sense of passion, and also a sense of purpose. Passion without purpose doesn’t work and purpose without passion, no. You have to have both.” 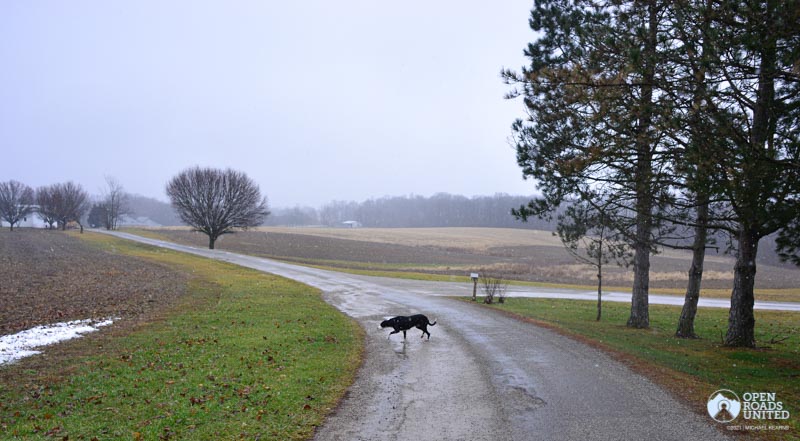 As is noted by the National Galley of Art- which houses a collection about the work and its creation, the book, has been, “fiercely debated in the first years following its release, [and] has made an indelible mark on American culture and changed the course of 20th-century photography.”

It’s also true that The Americans, since its publication has been a life changing work for countless artists and photographers-including me. And while Frank’s intent may be subject to debate, what is beyond cavil is the power and quality of his work.

For Frank was clearly a man on a mission and not a man of thin skin nor limited vision. He, apparently, also was not subject to the  indignities’ of others. He clearly had purpose and passion.

Miller went further and described Frank as a man driven by anger. Miller thought that Frank’s sense of purpose was founded on anger. Others have said that the man who created The Americans was not an easy person to get to know.

If Frank was angry the fire which burned inside of him is understandable. Frank’s family was not originally Swiss, but German and Jewish German at that. They were forced to flee Germany to Switzerland given the rise of the Nazi’s just prior to WWII.

His family spent the war- like most in Switzerland- locked inside a neutral nation which was determined not to take take sides in the war. Evenings demanded black out requirements. The Franks spent the war caged in a country which was not theirs and which, did not, or could not, offer much in the way of a free society. Those years could not have made for a pleasant life. 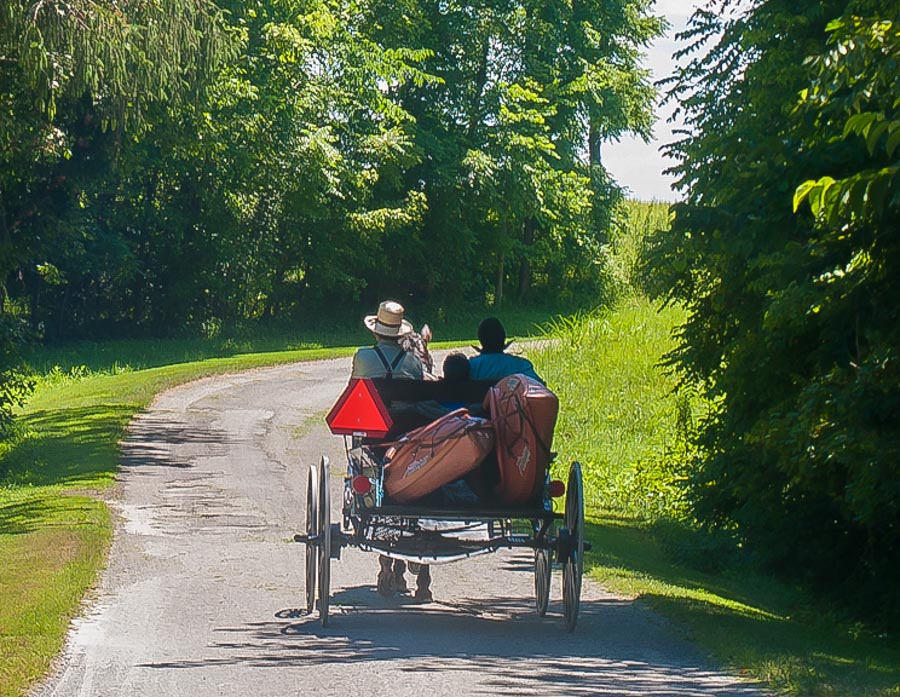 Says one photographer of Frank, when the war was over , “the caged bird flew.”

If Frank came to America hoping to find the freedom which had eluded him the decades prior, one can’t imagine that his state of mind was improved by his journey through America.

For Frank learned that the land of the free was a hopelessly hypocritical and conservative place: a place of racism, misogamy and, to some degree, paranoia.  It was the time of McCarthy and Eisenhower and the reign of the American corporate industrial complex.

This tale is recounted in An American Journey: In Robert Frank’s Footsteps, a documentary by French filmaker Philippe Seclier.

Fifty years after Frank’s journey,  Seclier follows Frank’s creative footsteps; from Texas to Montana, from Nebraska to Louisiana, from New York to San Francisco, An American Journey is a 15,000 mile odyssey through contemporary America, moving between past and present, photography and cinema – beautifully capturing the wandering spirit of Robert Frank’s legendary journey. 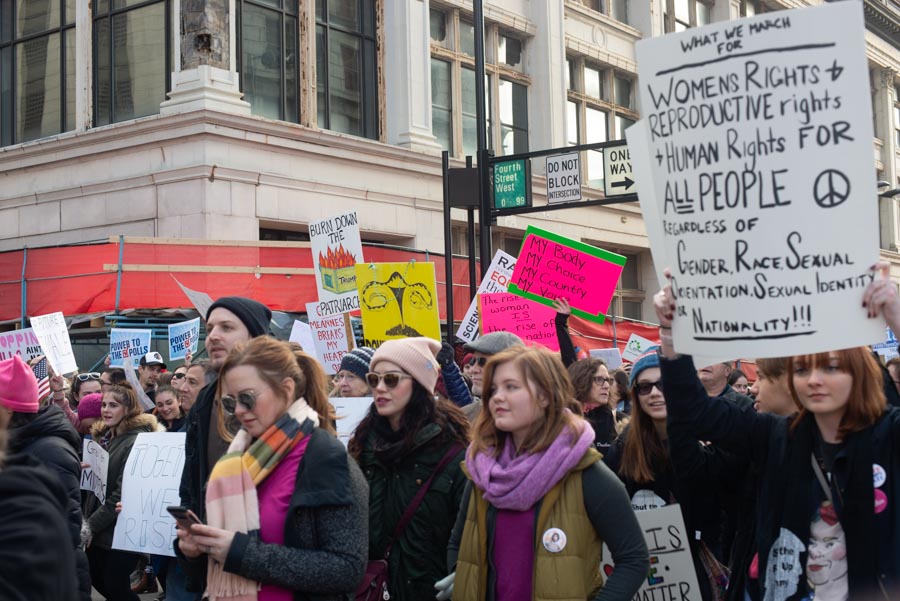 An American Journey is not, however, a travelogue. It is not some Kerouac inspired wander through the cities and towns of America. More than anything, Seclier documents not only Frank’s route through America, but he also uncovers the dark and corrupt realties underpinning American society in the fifties.

Seclier documents that America, in the time of The Americans,  was not the land of the free; recounting, for instance, that Frank, after committing no crime, found himself imprisoned in South Carolina for the crime of being, “smart aleckly,” and having a car full of “suitcases and photography equipment..”

Because his clothes were dirty and he was “in need of a shave and a bath,” he was imprisoned.

One wonders if Frank, while sitting in a Jim Crow cell couldn’t help but to find parallels between Nazi Germany and mid century America.

Certainly his eyes would have been opened to the nation’s abuses, prejudices as well as the pervasive hatred and ugliness. Such ugliness undoubtedly did influence his work. 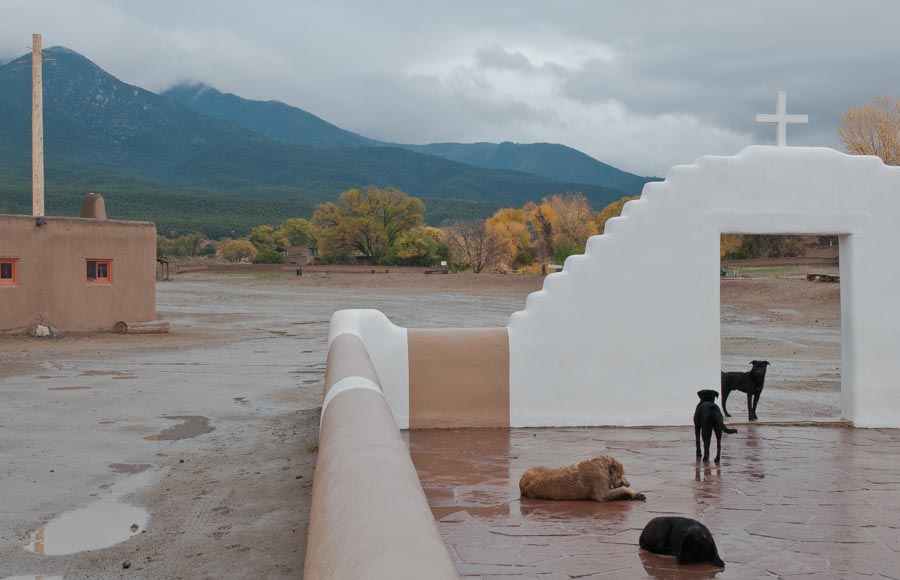 It was inevitable that Frank would have learned that America,  then and now, is selective in bestowing it’s freedoms, and Frank, as a Swiss/German Jew, no doubt found himself on the outside looking in.

In any event, his work remains a honest account of mid century America, a chronical of a painful time in which we, as a country, failed to live up to our grand self absorbed pronouncements of grandeur and equality and exceptionalism in every facet of existence. 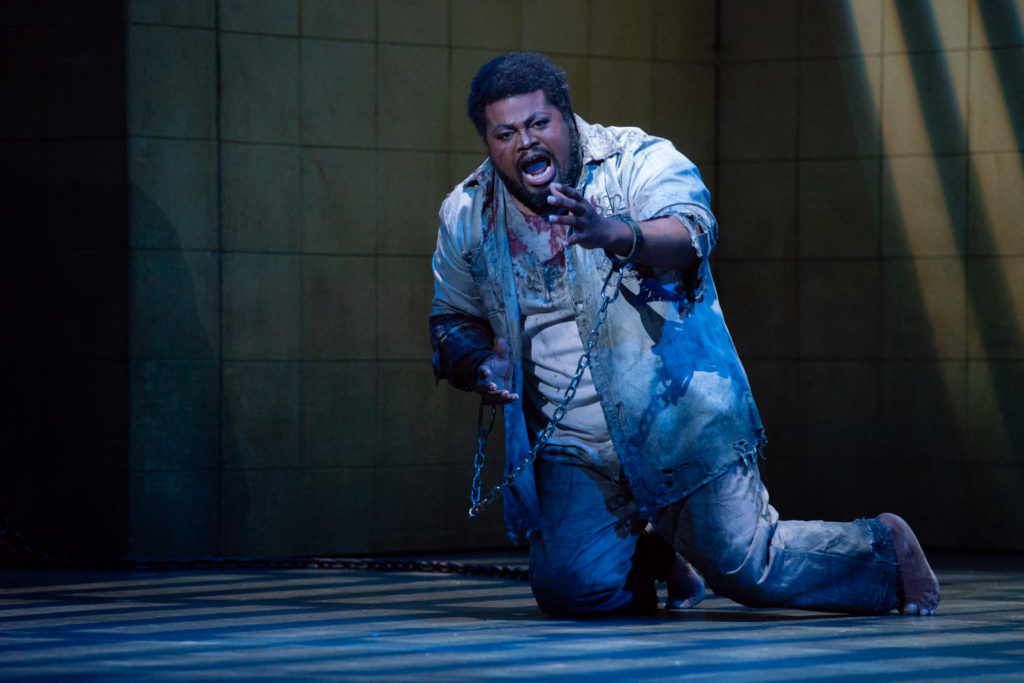 Are these observations relevant today?

Arguably not. Perhaps time has rendered these considerations tired, if not moot. McCarthy and Eisenhower and all those who built the gray flannel America of the fifties, are gone. It’s been over sixty years since those days, and yet…

It appears, as Americans are want to do, we have forgotten both the immediate and distant past. For it appears we are today again doomed to to relive the ignorance and paranoia of those days, We are, as the last ten years have taught, a nation which does not like to learn.

For if the last half dozen years have taught us anything, it has taught us that these days are too much like the days of Eisenhower and McCarthy. We are still very much a nation of racism and hate and paranoia. We are still a nation which refuses to see, but are willing to believe damn near any self serving lie.

Where are the Robert Frank’s of today? Who today travels the highways and byways of America, capturing the lies and ignorance and hatred which color the warp and woof of the current American tapestry?

The ignorance which has been accepted wholesale, without any application of thought, not only still flavors the politics of this land, but infuses- in many places- nearly every aspect of American society. 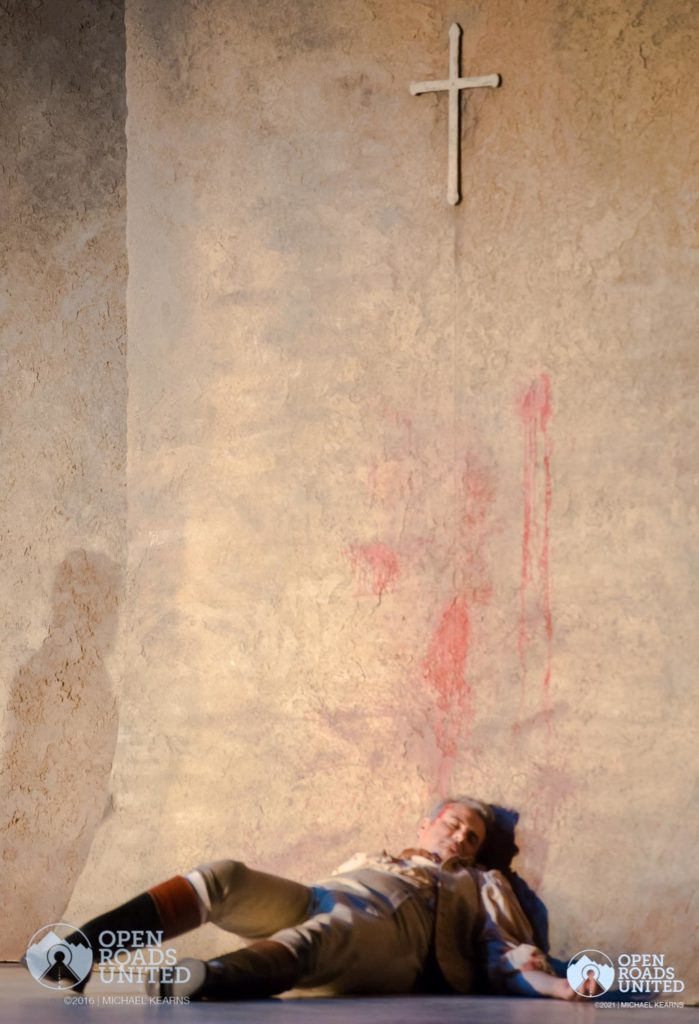 These lies and this hatred serve to marginalize many. The alleged American exceptionalism vomited today by the likes of McConnel, Abbot, DeSantos, and their greasy underlings, serves only to forge a society of hatred little different from the days of Jim Crow, McCarthy and reconstructionism. The verbiage spewed today is simply the same old lies and hatred simply repackaged for the umpteenth time in our history.

Where are the heirs of Robert Frank to capture today’s ignorance beauty and hypocrisy?