The Wizard of Oz Effect 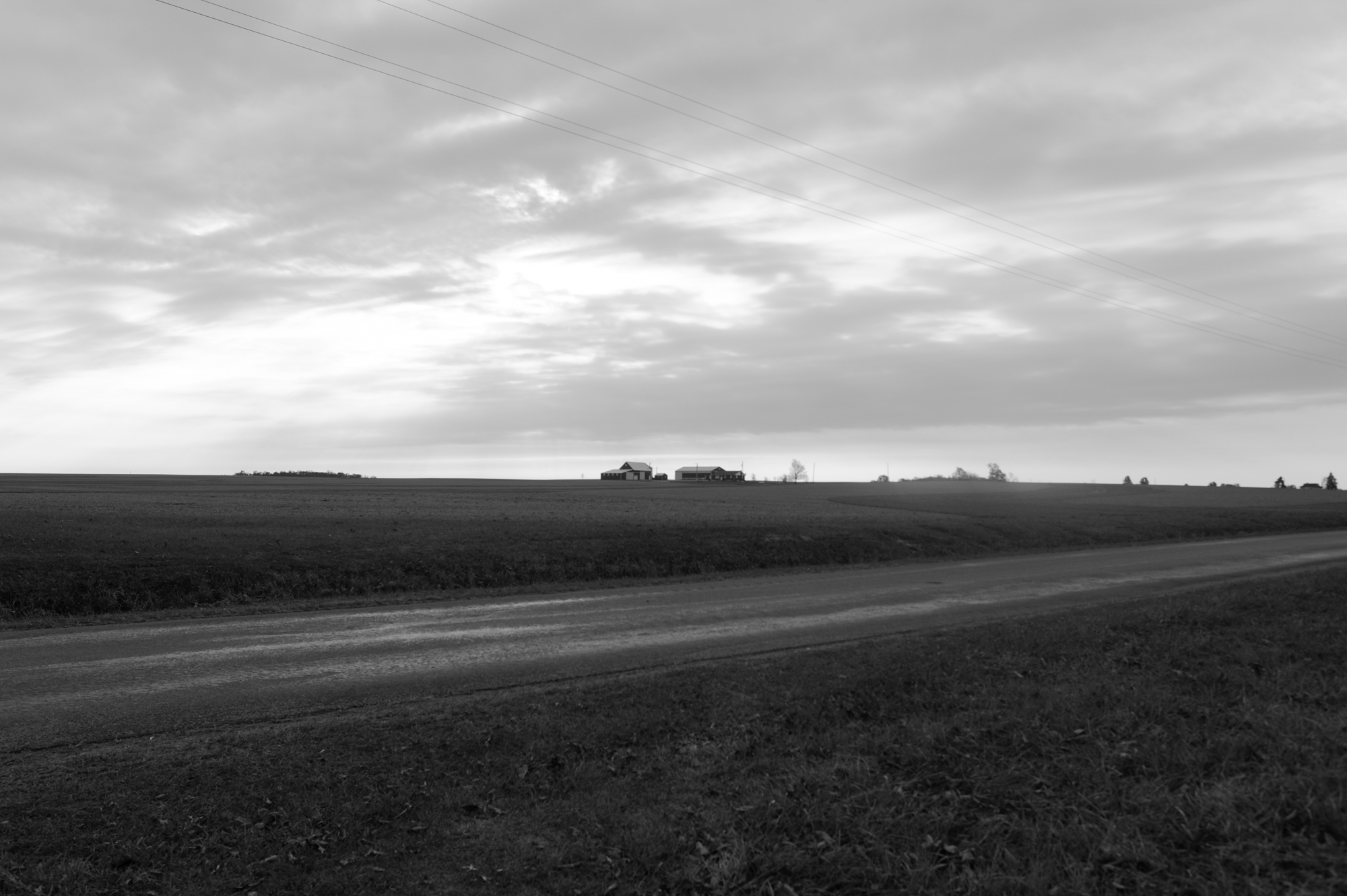 “Quit trying to find beautiful objects to photograph. Find the ordinary objects so you can transform it by photographing it.”
– Morley Baer

“We are making photographs to understand what our lives mean to us.”
— Ralph Hattersley 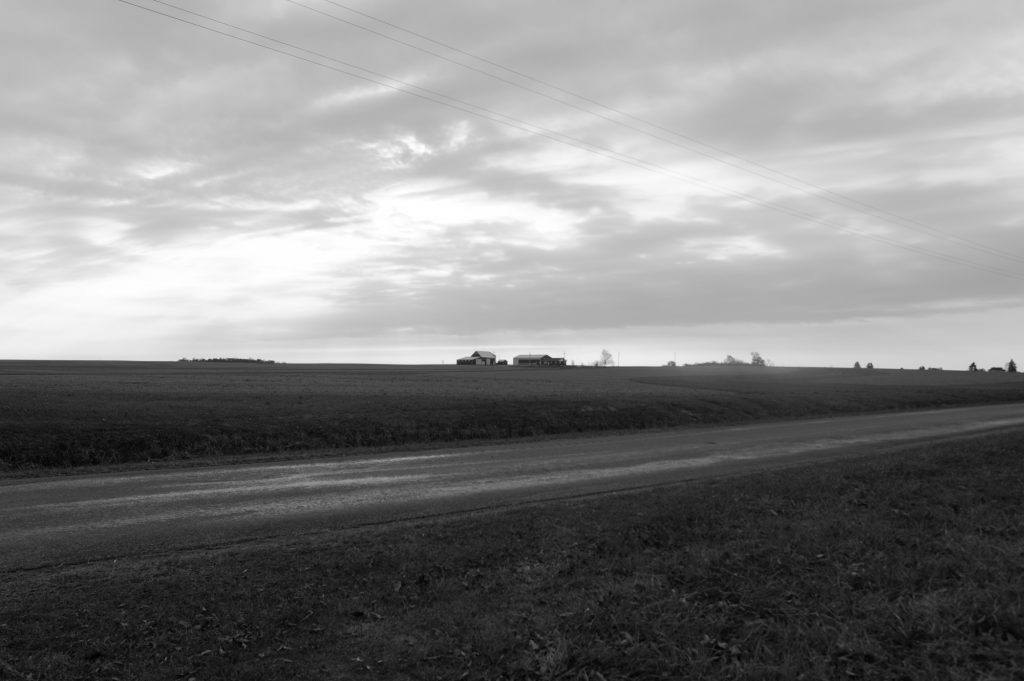 Ohio is a strange place.  Like many places, you grow up here, you love it and hate it and in the end you want only to flee.

And if you are a true Ohioan, one day you get sucked back (most often for family reasons) from whatever happy place you are living and you find yourself revisiting the jaundiced world of your youth with different eyes- hopefully older, wiser eyes. 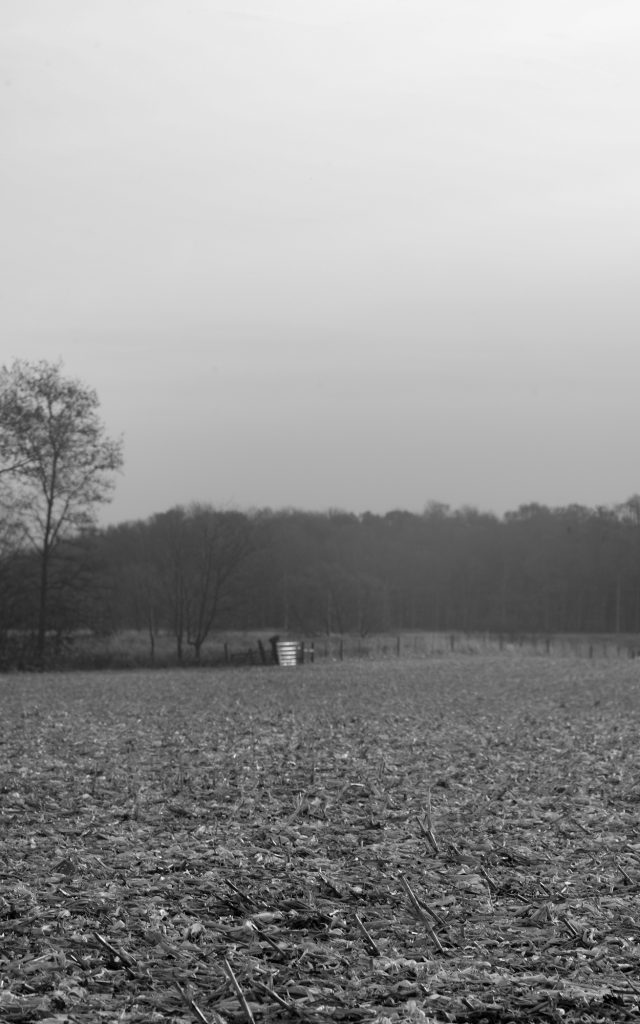 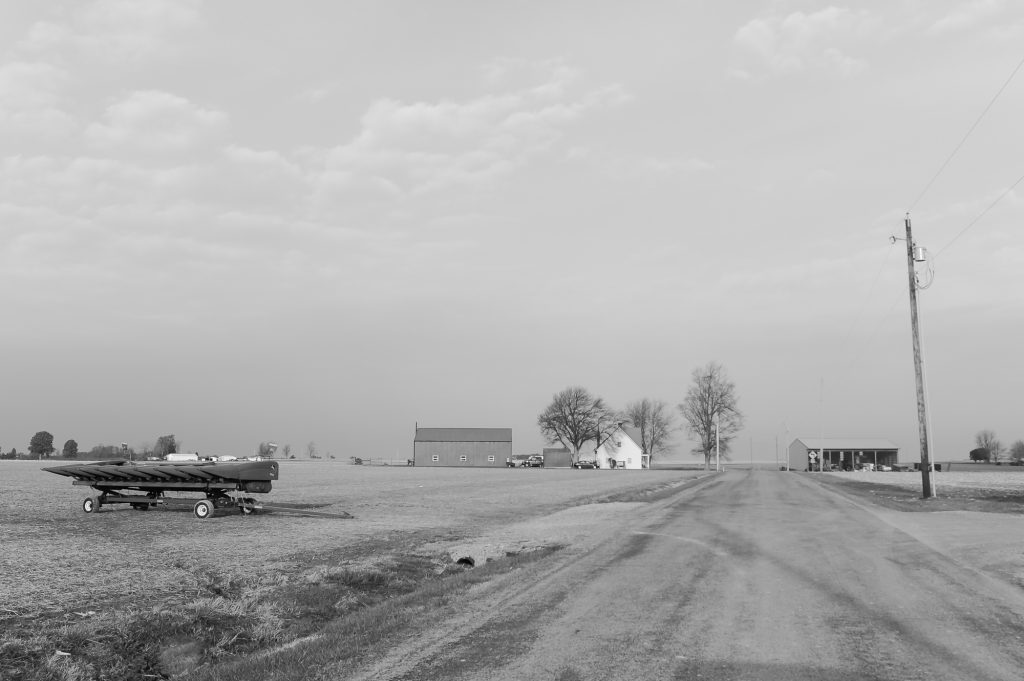 And yet, for those willing to open their eyes, they find that there’s much to be re-visited and/or explored.  You find, for instance, that the world of your youth is far smaller and less potent, poignant and germane than you recall. 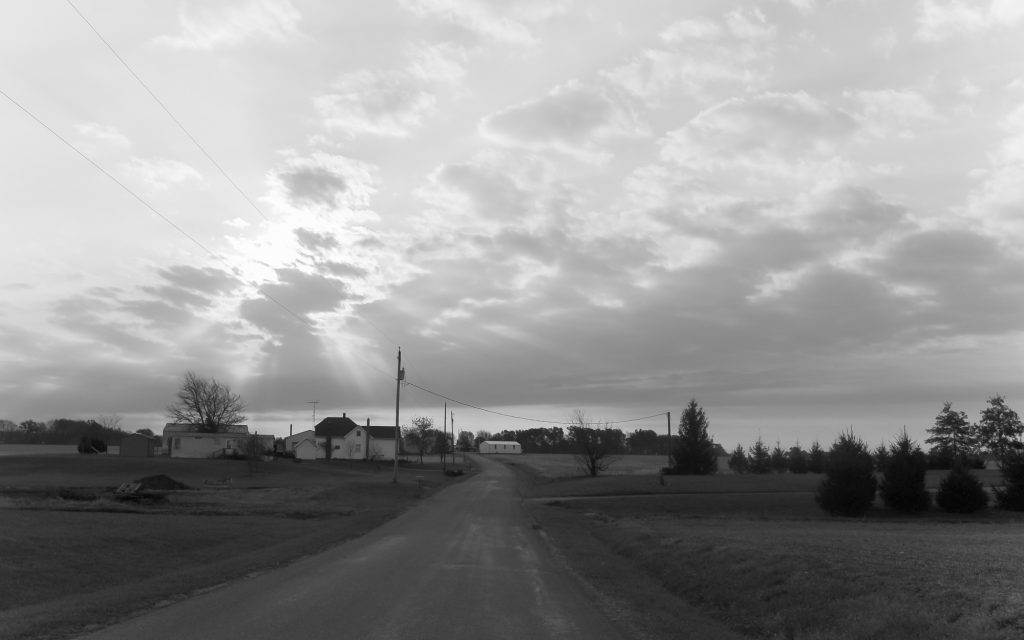 You find that despite your youthful restlessness, that there are meaningful and beautiful places you did not see, or explore, in your youth. Places worthy of extended consideration and exploration. Places worthy of serving as the subject and center of creation. 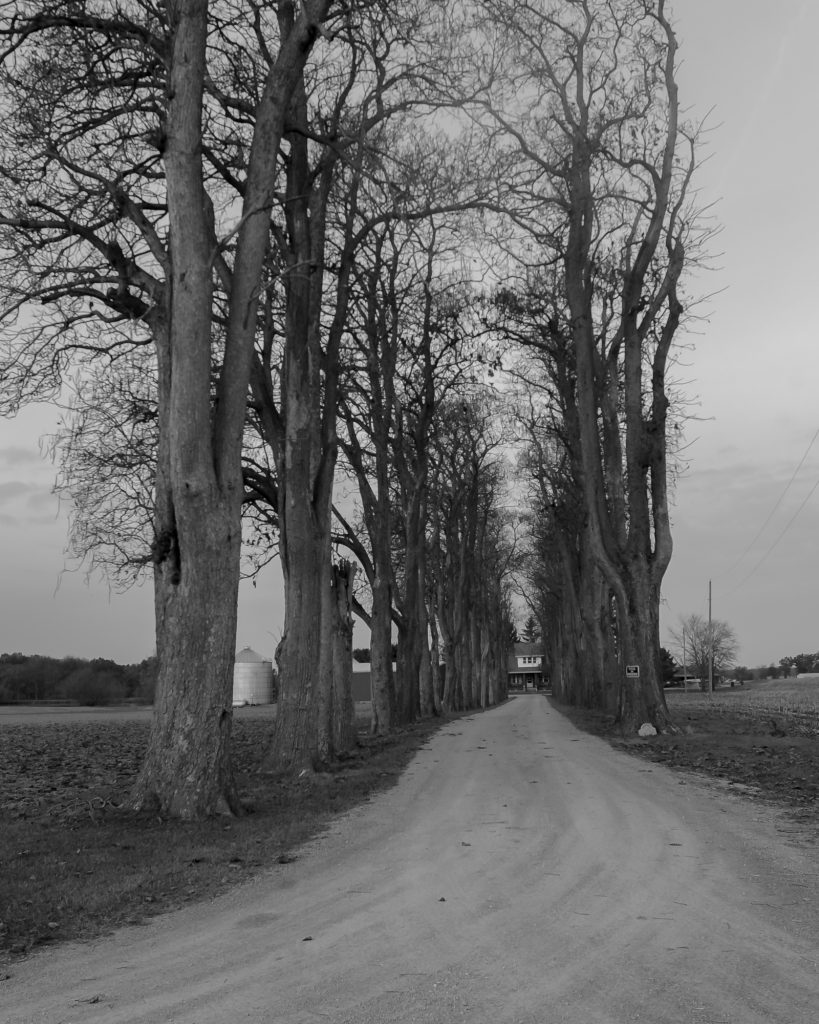 I was recently fortunate to take a master class of sorts with the great photographer Michael Wilson and Cincinnati Art Museum photography curator Nathaniel Stein. Over an eight week class and with the help of Wilson and Stein we worked to create a short portfolio depicting a world of our choosing. 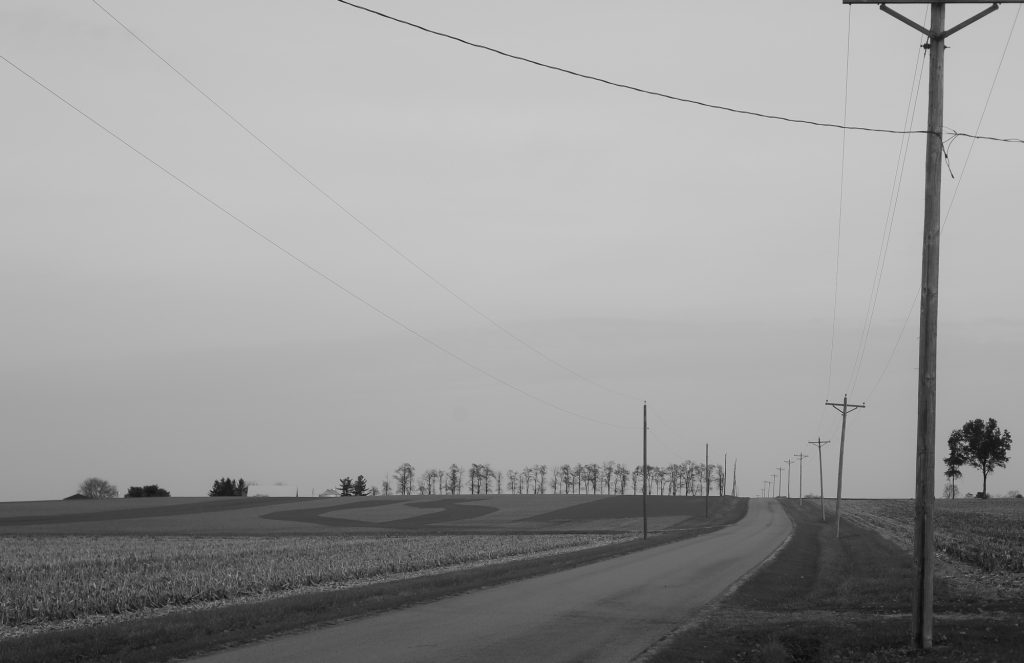 This class was blessed by the Gods from the start. In the same week that Wilson started this class, he was also kind enough to loan me a copy of Robert Adams’ book of photography Along Some Rivers: Photographs and Conversations. 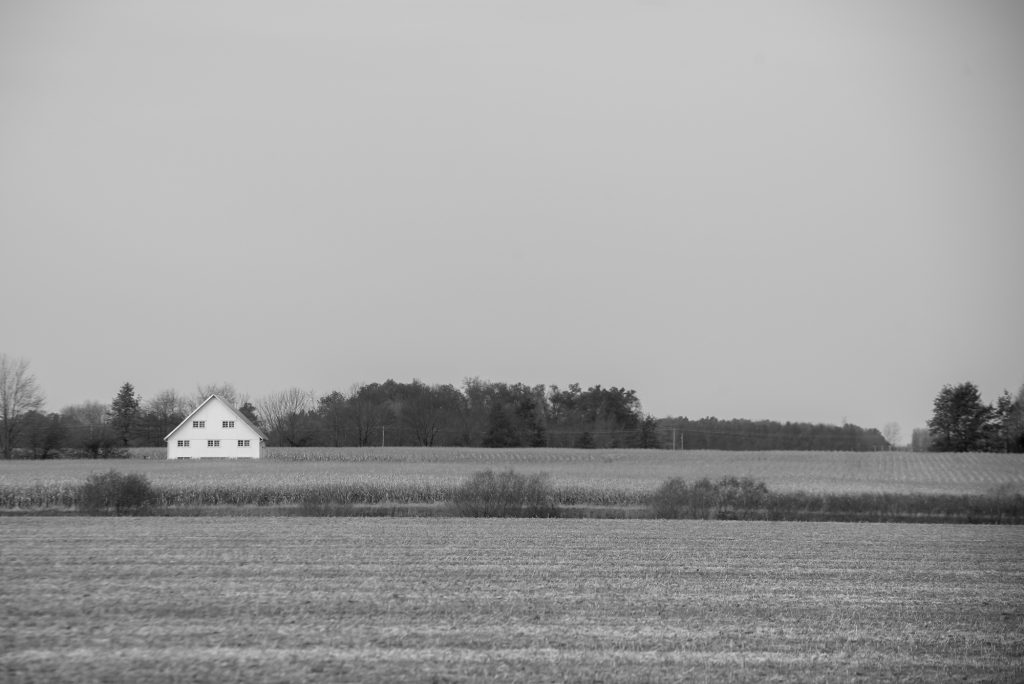 I immediately found in Adams’ work a kind of mathematical precision, a kind of  visual algebra- which is strange given that while I have studied many forms of maths- I have never enjoyed it or excelled at any form. And yet, in Adams I found a work that spoke to me.

At the same time I had a work assignment that send me to Highland County Ohio, just twenty miles north from where I live. A place I did not know.

Highland County is a place of wide skies; rich and empty farmland.  And as with Adams’ work, I fell quickly in love with the beauty of this place. 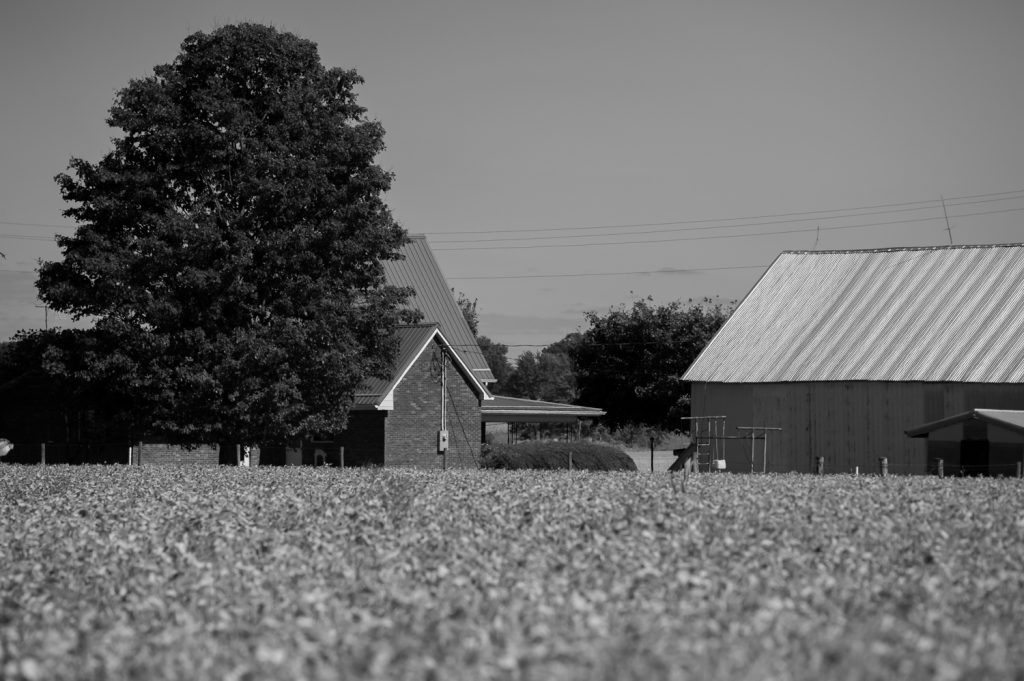 That I felt an unexpected love for this country was strange.

Strange because I have almost always been an explorer and photographer of mountains and rivers and other more frenetic landscapes and subjects. Places usually, for better or worse, far more dramatic than the quiet plains  before me. 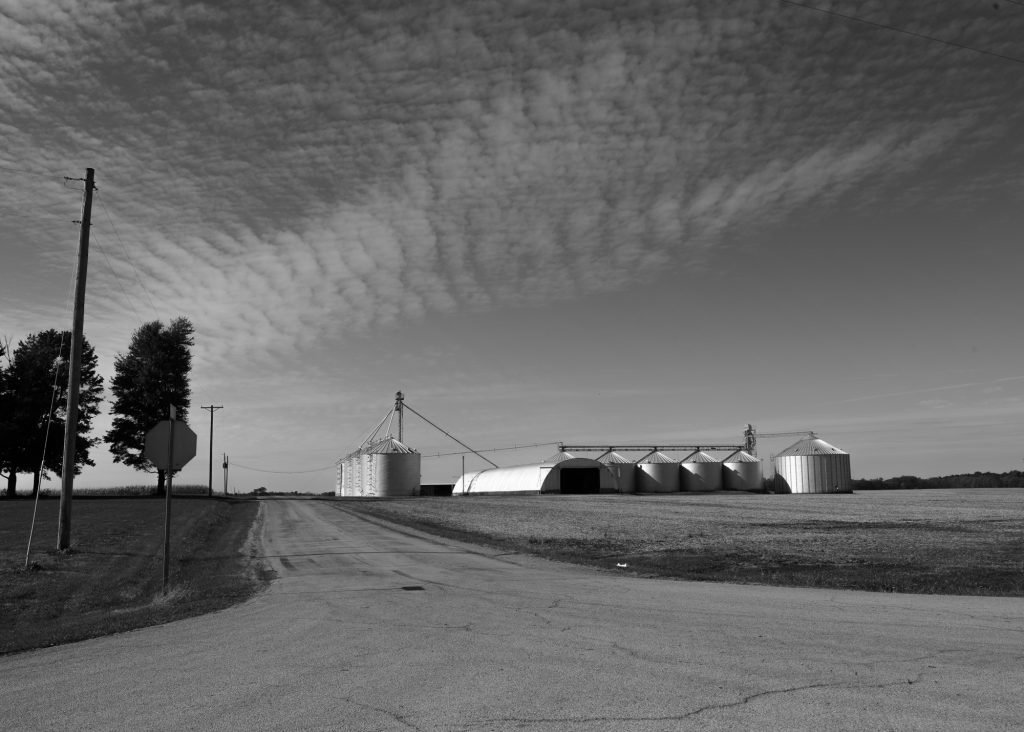 These photographs then, are a partial collection of my efforts from a recent time when, seemingly the first time in a long time, the planets favorably aligned.

I was in the right place, at the right time- it was harvest week, and the light and skies alternated between mercurial and a clear sun filled blue, from horizon to horizon. 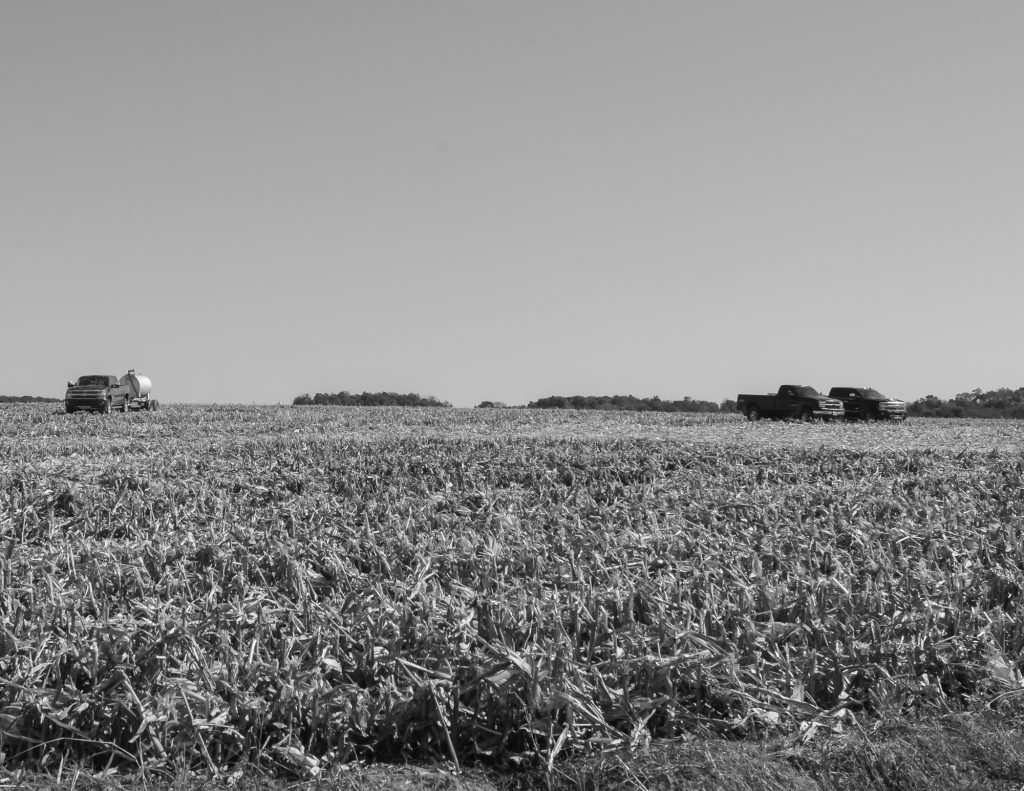 In the people I met, I also found, with several notable exceptions, an openness, a kindness. People transcended the Trumpian stereotypes normally accorded to them by those who live in what is normally considered- at least by themselves- as more urbane locales. Here, I found people to be helpful and willing to accede to my, sometimes, ridiculous requests- Can I photograph your corn field?

I was reminded that not all stereotyping involves issues involve race and gender etc. 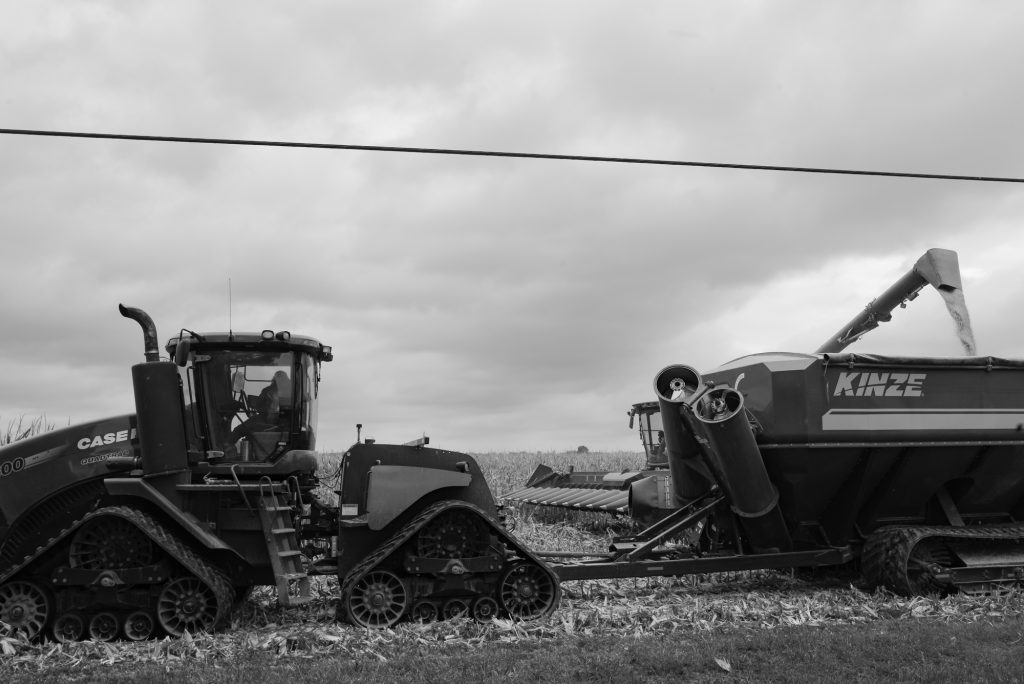 Here, I found a hardworking group of people who looked out for each other. It was harvest week and everyone, no matter their normal day occupations,  was not only out in their own fields, but was also out working in their bothers and/or neighbor’s fields.

And so through their (often around the clock) labors, we- all are fed- no matter our differences. Though for all their labors, we rarely consider them. 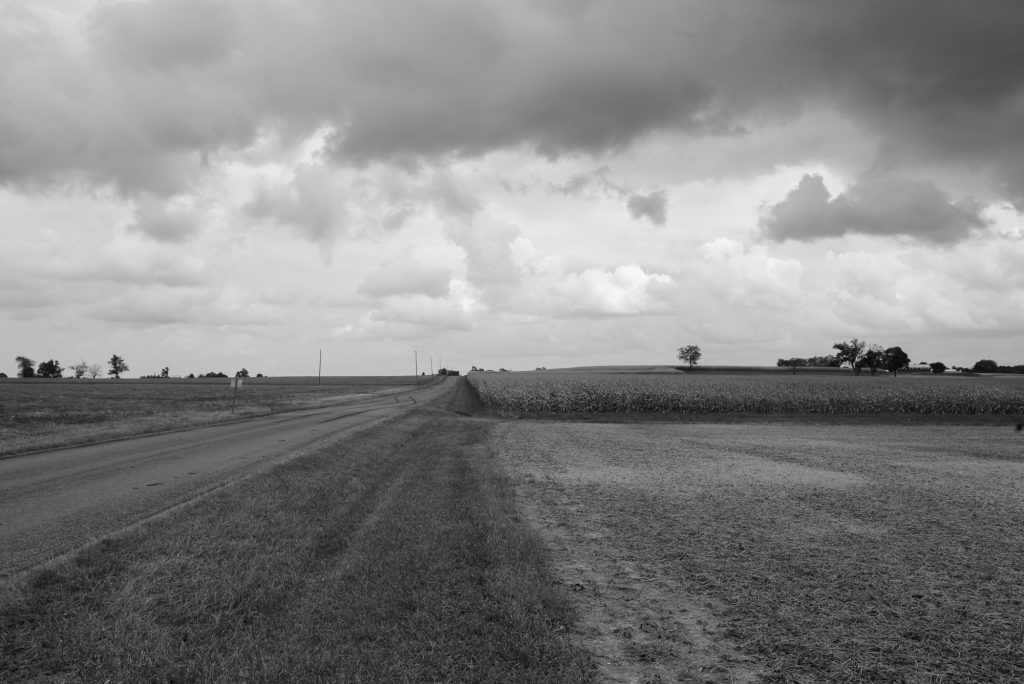