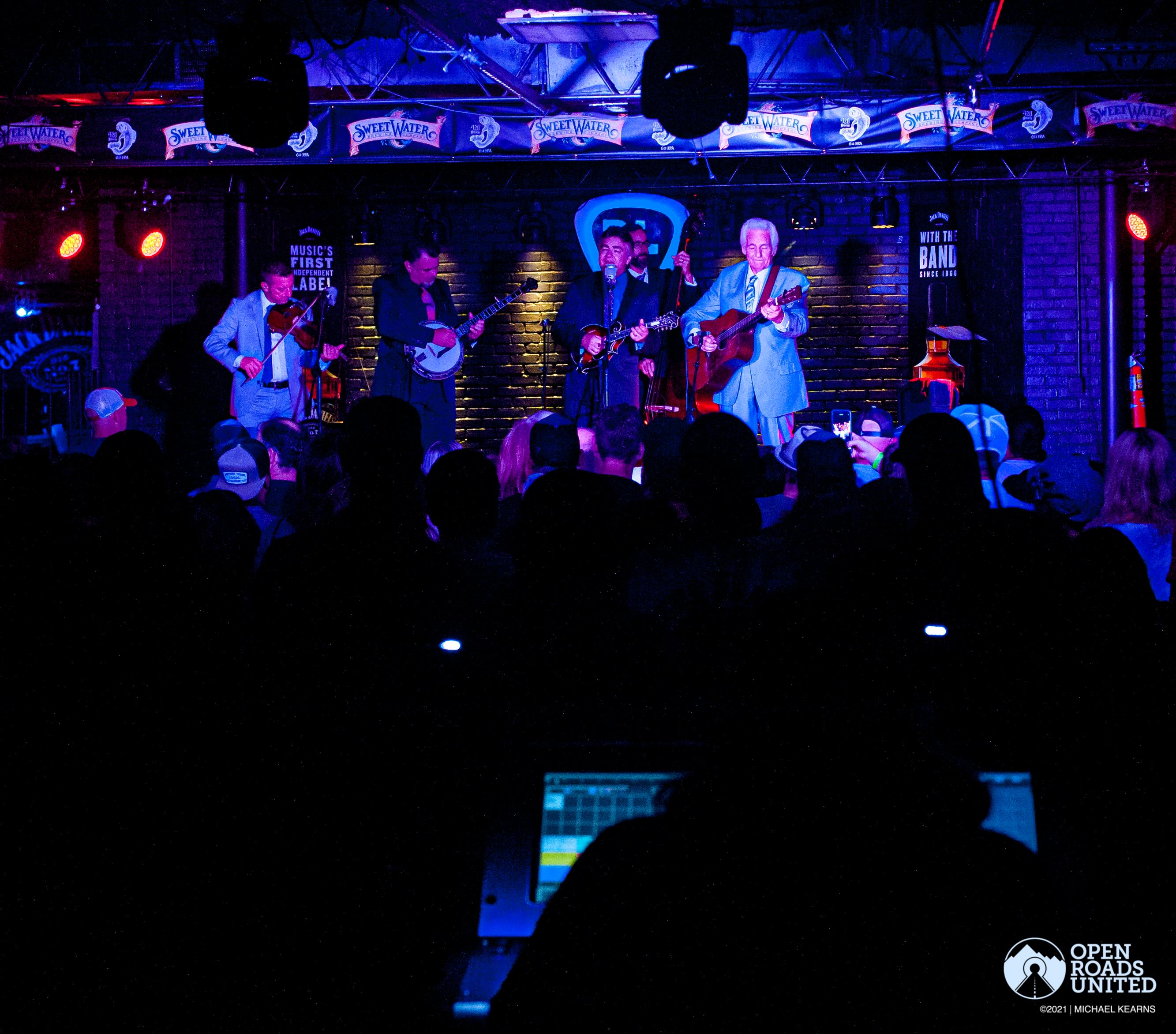 This deep into their careers, the irony implicit in this night probably never even penetrated the consciousness of the Del McCoury and his band.  And even if it did, the fact that they had taken the time and care to dress in highly pressed suits and ties and polished shoes, to play in a cavernous murky road house populated with unshaved patrons in ball caps and concert tees, undoubtedly just rolled off their backs.

No, the reality was that, on this Saturday night,  few seemed to care about anything except being out on a fine summer night and enjoying a rare night of premium music and cold beer. 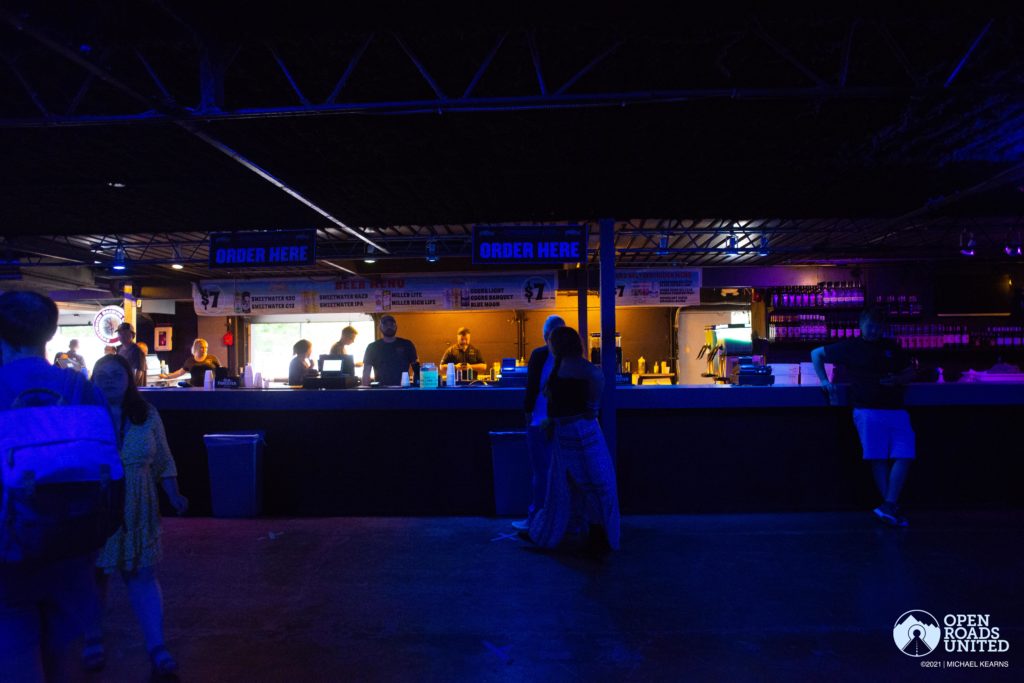 Yes, the musical warriors of the road have emerged from their cocoons and are again populating the clubs and concert halls of America. And that reality is enough to make every music lover in America happy. In a land of division and contention, everyone was happy to just chill for the night and enjoy the music.

The show and the venue made for an odd couple. Yet, somehow the improbable marriage of  a former heavy metal music hall (“We used to come here decades ago when it was Annies and we waited to die in a fiery blaze,” one patron told me,) with a professional and classic show worthy of the Ryman, backed by some of bluegrass’ most honored players, melded without a hitch. (In June 2010, McCoury received a National Heritage Fellowship lifetime achievement award from the National Endowment for the Arts and in 2011 he was elected into the International Bluegrass Music Hall of Fame). 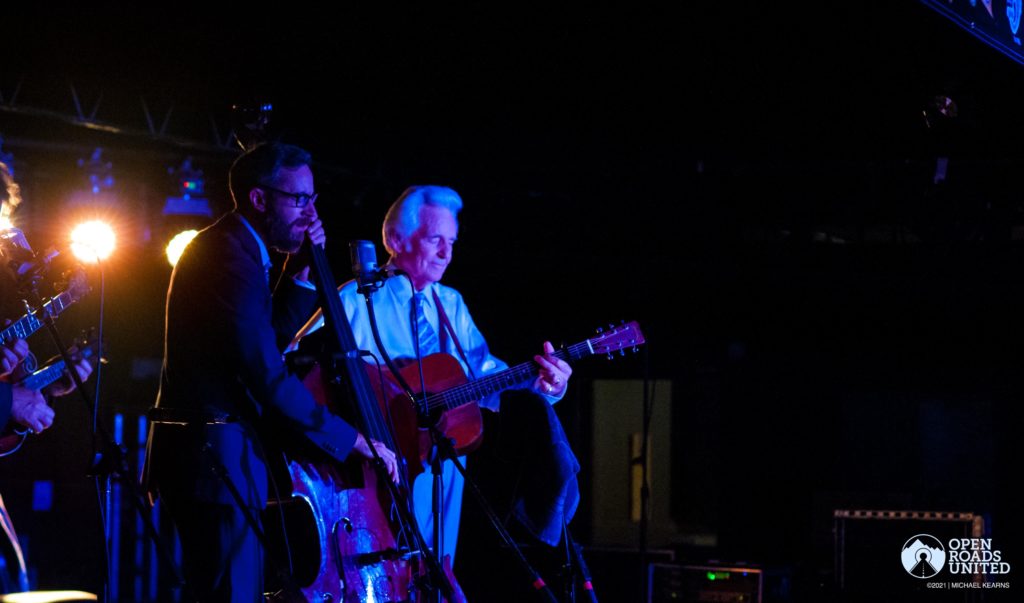 The former Annie’s space is now rebranded as Riverfront Live with the bill this night brought out many who have never had the pleasure of seeing a show at this venue; though Riverfront Live’s pending line up all but ensures that the club will undoubtedly being seeing many new faces in the near future.

Which is good. With the opening of two new corporate music venues on the Cincinnati and Covington riverfronts ( The Andrew J. Brady Icon Music Center in Cin and Ovation Music Pavilion in Newport), spaces such as Riverfront Live will be sorely needed.

Venues such as the Riverfront and the Southgate House are a welcome antidote to the historically humourless corporate venues which have the tendency, by virtue of their high ticket prices and strict house rules, of taking the piss out of a show.

Seeing the Drive By Truckers, for instance, at the Icon or Ovation will be a very different- and less enjoyable experience- than hearing them at the Riverfront. I’m betting that a night at the first will undoubtedly be a very expensive night out with your prudish aunt, the second a wild throw down. 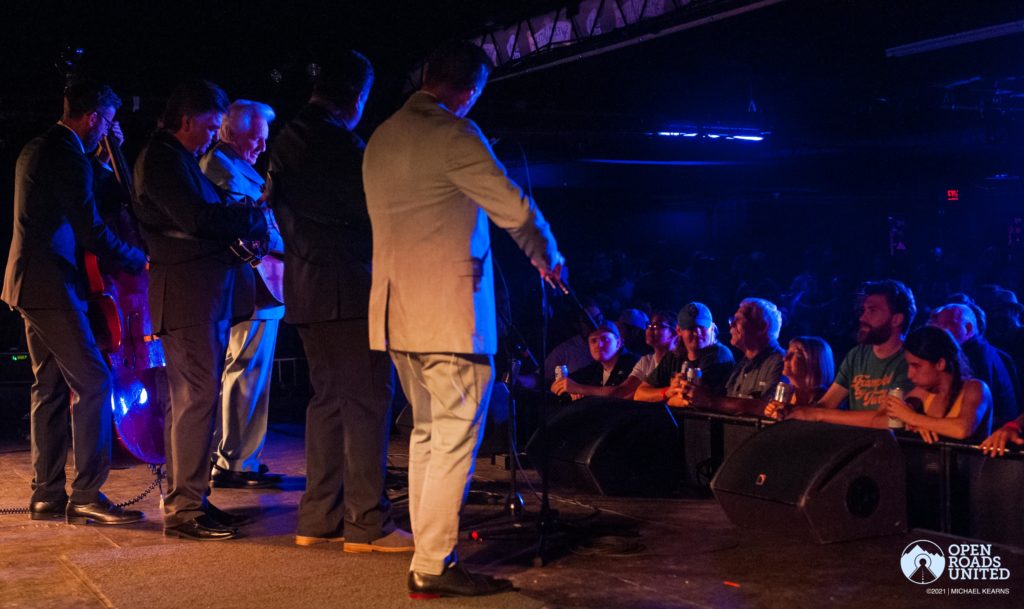 Some shows, some nights, demand a beaten up, albeit functional roadhouse and Riverfront Live is just that. Concrete inside, blacktop out, cold beer inside and out and food truck out back.

Unlike downtown, the parking is also free and there is damn good food at reasonable price near by. This night, for instance, featured first rate cajun food and barbeque just three minutes from the venue.

Most importantly, while the club is dank inside to the point of being dark, the stage lighting is more than adequate and the sound is crisp and clear.

The totality of the environment is, overall; a welcoming one where patrons are encouraged to float throughout the venue while enjoying the night at will. 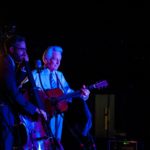 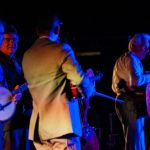 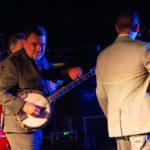 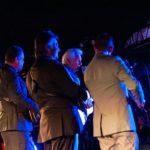 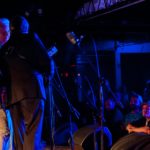 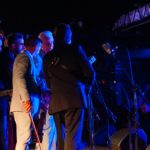 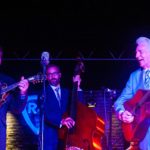 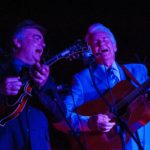 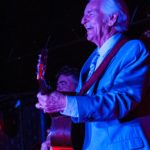 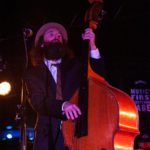 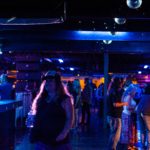 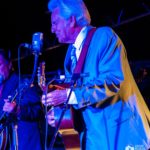 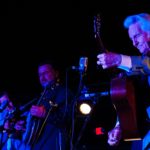 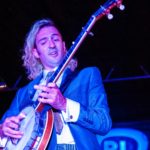 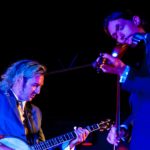 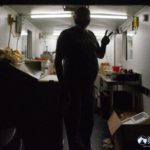 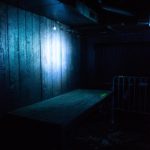 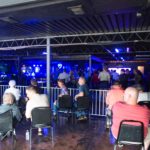 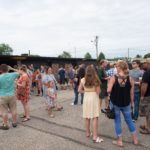 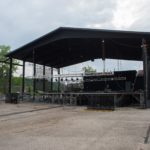 The high, near obscene, prices and expectations that one find their hard plastic seat and sit there quietly throughout the show- found in so many of Cincinnati’s music venues- is notably absent at the Riverfront.

In short, the Riverfront offers a safe convenient beat to hell venue where one can- if you leave your suburban expectations in the car- enjoy a wide variety of music in an relaxed old school setting.

And tonight was a great night of music. The MCCoury Band’s raucous rendition of Nashville Cats was alone worth the price of admission. 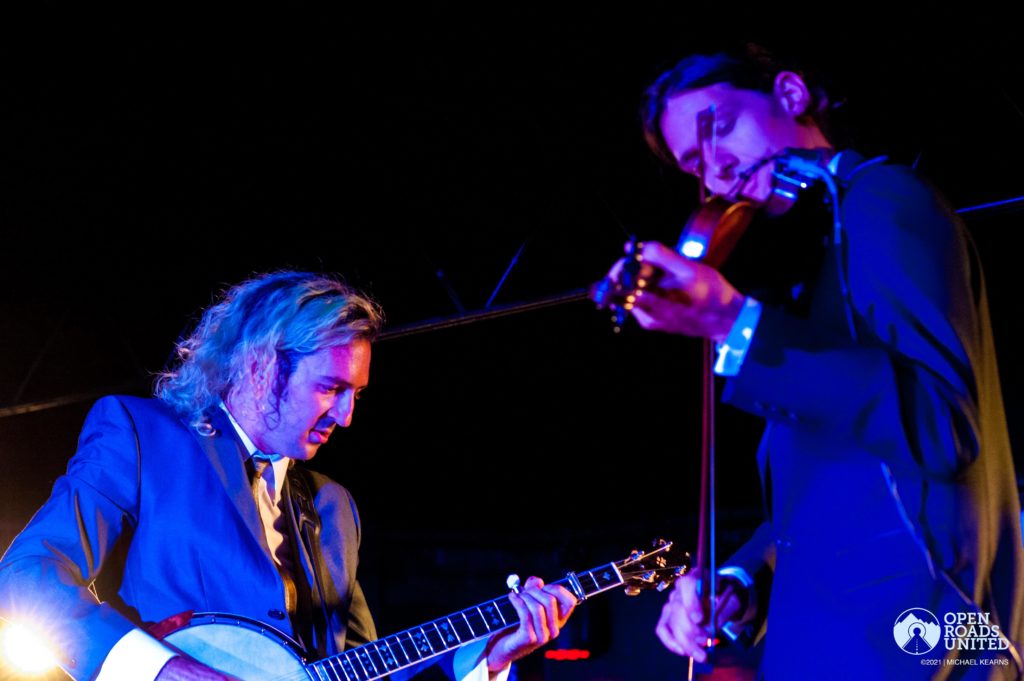 The show’s openers (The Restless Leg String Band)  who were also pressed, besuited and coiffed, did their job, turning in an hour long set of mostly classic blue grass with several notable fails, including a cringeworthy bluegrass rendition of a ZZ Top hit. Though given that this band features stunningly pretty players, for a significant portion of the crowd, song selection and execution are certainly secondary.

All in all, it was a fine night despite the fact that the show was moved inside due to impending storms which never appeared. It didn’t matter though as the back doors of the club were open to the outdoor venue allowing patrons to flow into the club to listen to the music or drift outside to chat and smoke at their leisure.

It was a night, which two years ago, would have been indistinguishable from almost any other summer night out. On this night, post covid and after our long collective estrangement from friends,  cold beers outdoors and top flight music indoors made for a night to remember.