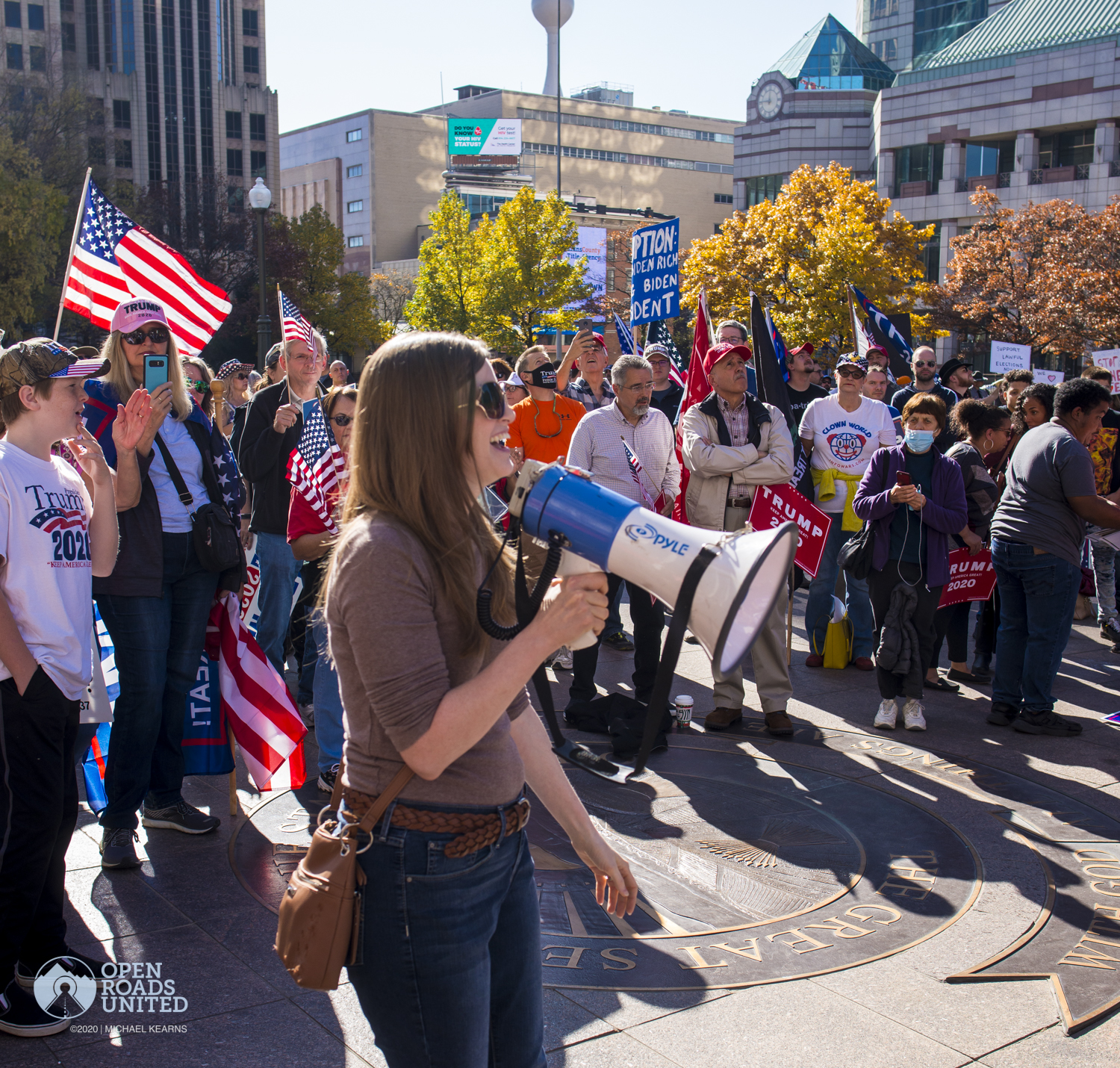 They were young and white and pretty and could have been on their way to a club to dance. Instead, they carried signs of protest. They said that they were walking to the courthouse.

At the Courthouse, maybe eighty percent of everyone protesting was young and white.

They were tattooed and carried signs denouncing the government and police and institutional racism and white apathy and silence. Silence is complicity said a number of signs.

There were maybe two hundred protesters. They stood before the courthouse and upon the courthouse steps. The entrances were blocked off with metal bike barriers. 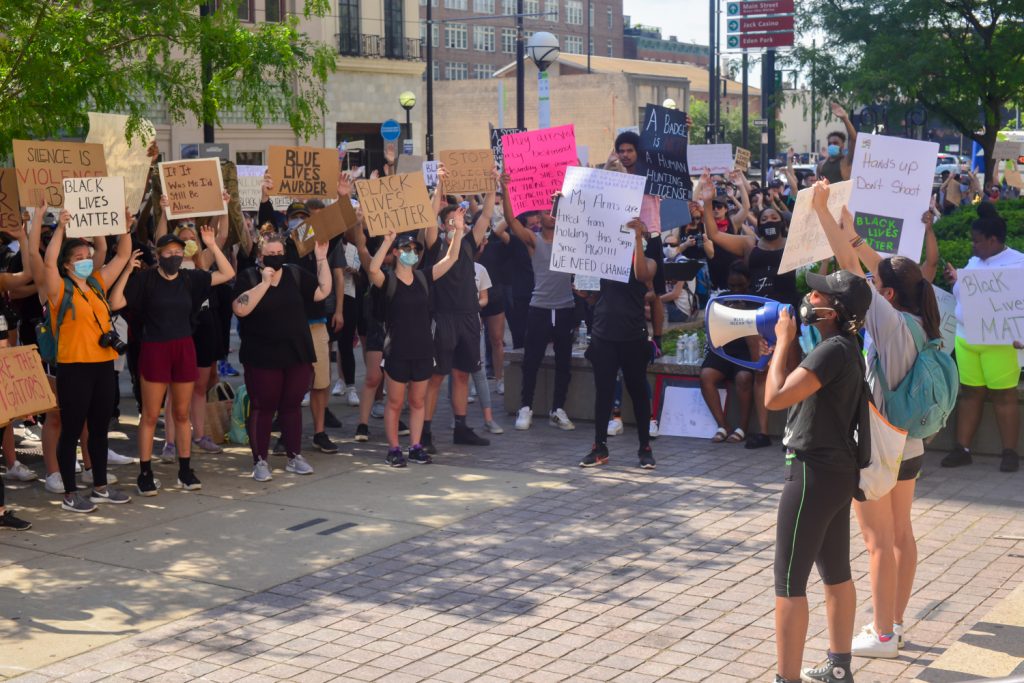 The crowd chanted loudly and on cue. They chanted that they could not breath, that they wanted an end to racism, now. Almost all of them wore masks, surgical type masks to protect themselves, and one and other, from the virus.

They said that they were there because there was a problem and they wanted to support those who were suffering. 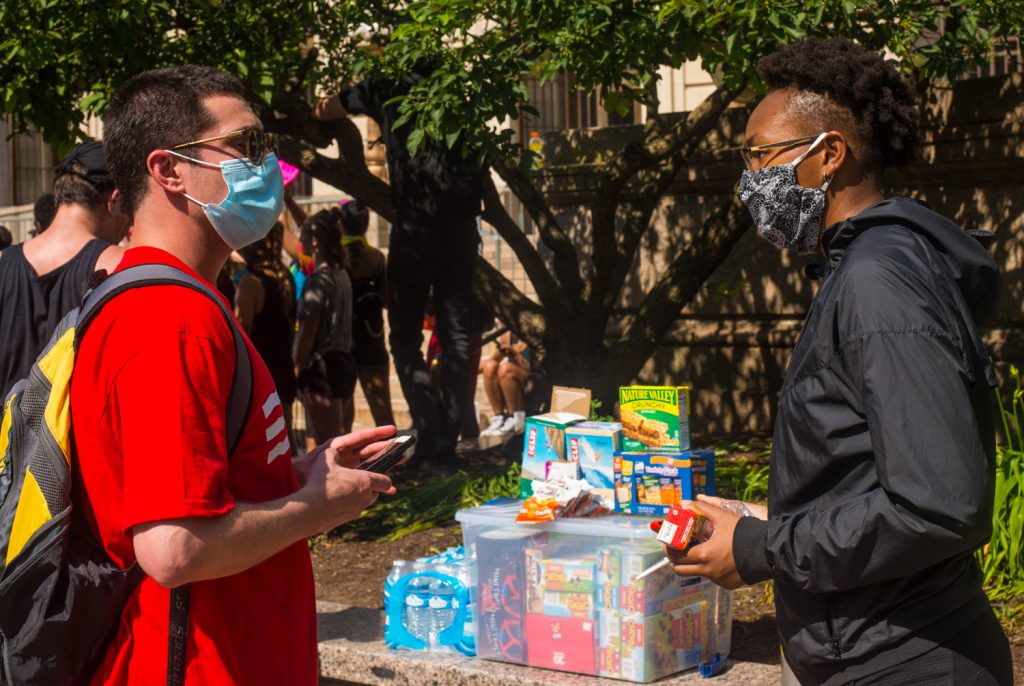 They looked relaxed and unconcerned by the protesters.

They did not know why this crowd was young and predominantly white, while past protests were not. Every protest, every riot, they said is different.

Across the street, there was a young white kid playing an electric bass through a small speaker. An older black man sang with him.

A younger black man climbed to the top of the streetcar kiosk and held aloft a sign that said a badge was not a hunting license for humans.

The crowd grew to about three hundred with more blacks joining the crowd. Many cars drove by honking their horns in support.

Further up the street, in the business district, store fronts were boarded. There were young women and men painting designs speaking of hope and the end of racism on the boards covering the windows, and/or the place where the windows were missing.

Earlier in the week, there had been marches and stone throwing and tear gas and paper balls and rubber bullets. There had been looting. One sign said, stretching across an entire store front, HOPE. Another set of bare boards was painted with store hours and the single word, “open.”

The bakery was closed, there was no sign of the baker or his wife or their young daughter. The shop was closed, but the window was intact. Inside the shop were stacked unpainted plywood sheets. Next door was the shop selling macaroons, its windows boarded, its doors not, was open.

Across the street, the bar was open, with a sign saying that masks were required for anyone going inside. Outside the door and inside large orange plastic barrier on the street was a young women selling water and snack foods.

Back at the courthouse, the Democratic Socialists of America were handing out water and Gatorade and crackers.

There were still no police.

In ten minutes, there was no sign anyone had been there.