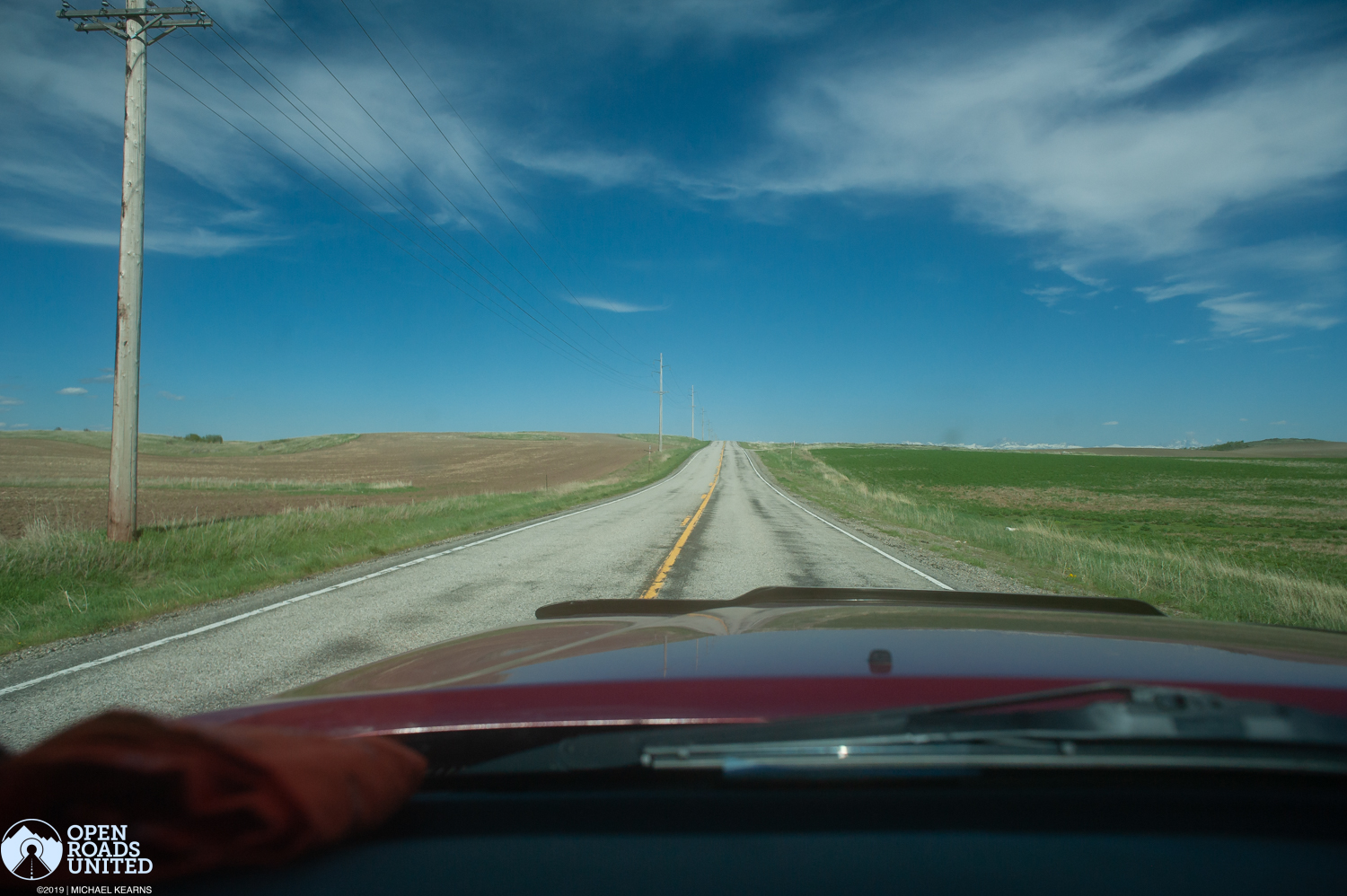 This news out of Maine. “Robert M. Pirsig, whose “Zen and the Art of Motorcycle Maintenance (ZAMM),” a dense and discursive novel of ideas, became an unlikely publishing phenomenon in the mid-1970s and a touchstone in the waning days of the counterculture, died on Monday at his home in South Berwick, Me. He was 88.”

For anyone who ever envisioned themselves to be an American explorer, a road warrior or nearly enlightened being, ZAMM held a prominent place in one’s heart and bookshelf.

Pirsig’s NYT obit notes that, “Mr. Pirsig was a college writing instructor and freelance technical writer when the novel — its full title was “Zen and the Art of Motorcycle Maintenance: An Inquiry Into Values” — was published in 1974 to critical acclaim and explosive popularity.” 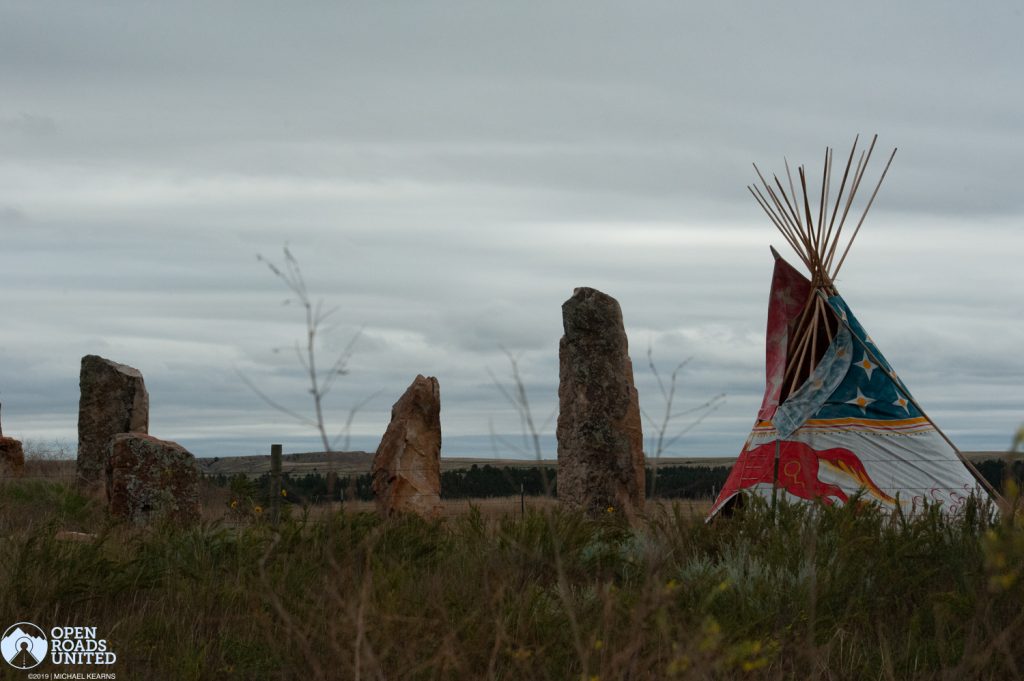 Pirsig’s work (novel, autobiography, travelogue?- the book defies easy characterization), is about, according to the Times, “Part road-trip novel, part treatise, part open letter to a younger generation, “Zen and the Art of Motorcycle Maintenance” unfolds as a fictionalized account of a cross-country motorcycle trip that Mr. Pirsig took in 1968 with his 11-year-old son, Christopher, and two friends.”

In reality, what’s amazing about this book depends upon who you are.

For any writer who’s ever received a rejection notice, ZAMM is a lesson in faith, if not outright revenge.

For ZAMM was not only a travelogue, a philosophical tome and a treatise and a coming of age tale which contemplated the then unlikely theme of father and son friendship; but it was also, on it’s face, a lesson in blind faith and a literal victory for all those unheard writers, condemned to living prior to WordPress, seeking to tell their own tales. 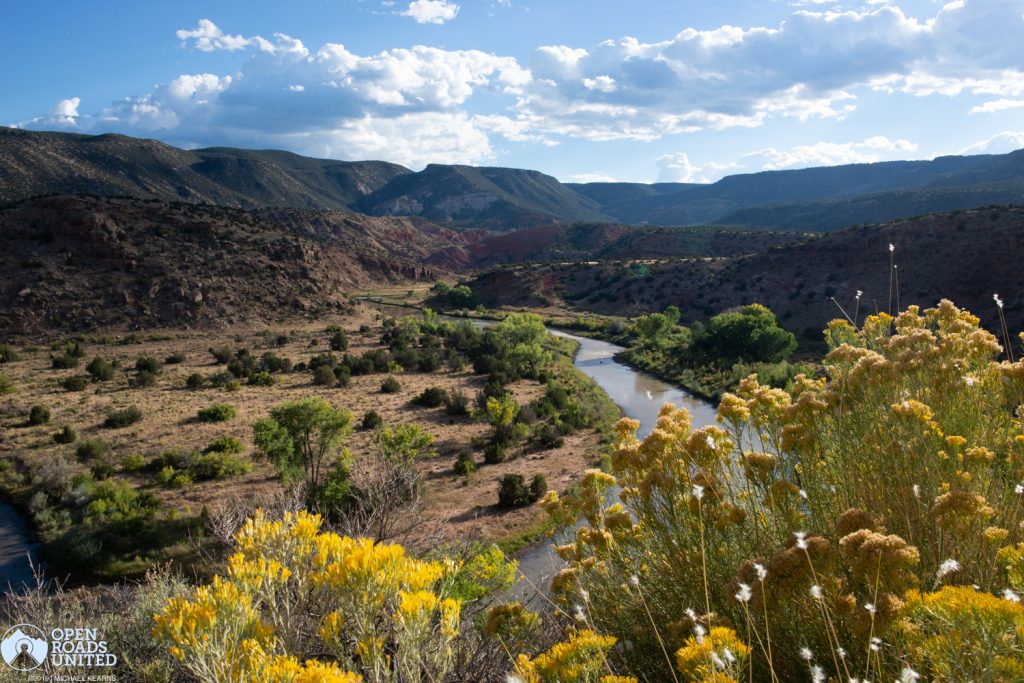 Pirsig’s ZAMM was rejected by an astounding 121 publishing houses before being accepted by William Morrow and Co. Once published, “Zen and the Art of Motorcycle Maintenance: An Inquiry into Values” sold 50,000 copies in three months and more than

5 million in the decades since and has been translated into at least 27 languages.

For those of us who had ever struggled to find a place in the world, who felt born outside of mainstream society; Pirsig’s honest and frightening account of suffering mental illness was a rare life line in the days in which such topics simply were not discussed.

For those who grew up chaffing at the bit to escape middle class; middle America and to seek out Huck Finn’s West, ZAMM stood as an instruction manual for setting oneself free.

“Free your mind and your ass will follow,” George Clinton once famously wrote.  Pirsig- a freelance writer of instruction manuals- provided the detailed instructions for freeing oneself.

And more than providing an instruction guide to life on the road- Pirsig also attempted to offer a means for seeing America through new eyes. His theories and methodology were based on Eastern Philosophy- then little translated, little studied and little understood. 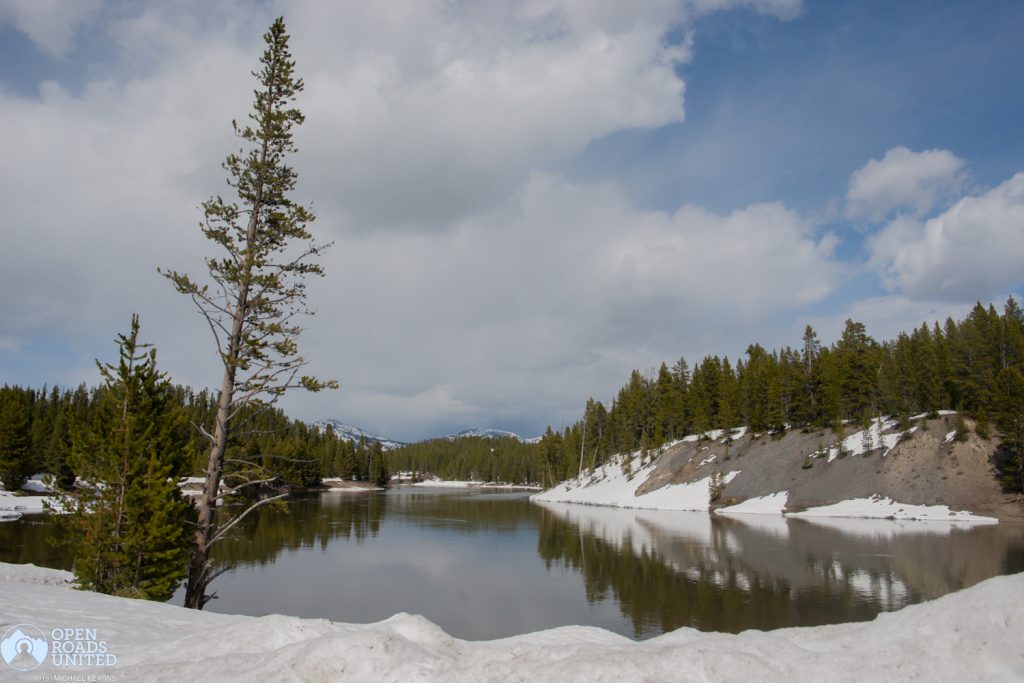 Pirsig, like a handful of writers before him attempted to bridge east and west. It is no wonder he, like Kerouac before him, went mad doing so.

For while Pirsig’s attempts to bring meditation and Eastern Philosophy were grounded on far sturdier educational foundation than the works of Kerouac; the bridging and mutual contemplation of eastern and western thought would take additional decades and countless hundreds of other writers, teachers and spiritualists before the twain would meet in any meaningful, let alone comprehensible, manner. In short, Pirsig was a man out front breaking trail, doing hard difficult work with little assistance.

Few at the time of ZAMM has dared to tackle, let alone translate in a comprehensible manner to the average man or women, the drifting ephemeral snows of eastern thought.

Born in Minnesota, Pirsig graduated at 15, enlisted in the army after WWII and, while stationed in South Korea began to study Asian philosophy. He also studied Hindu in India and went on to obtain a PHD in Philosophy from the University of Chicago.

After schooling he was briefly hospitalized for mental illness. 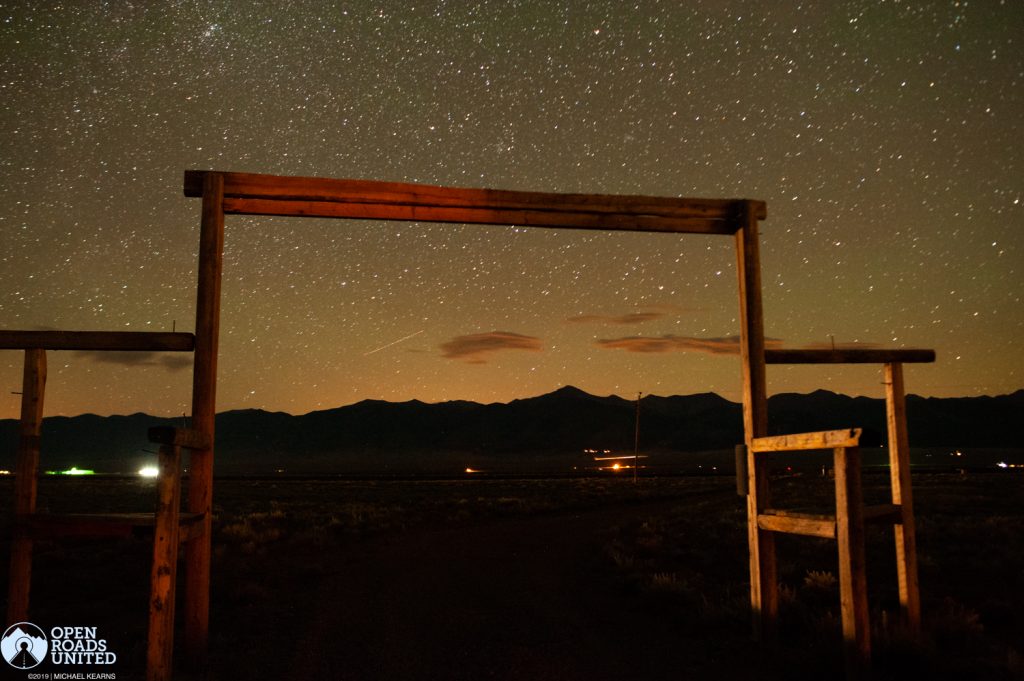 What is ZAMM really about? There are those who are capable of an easy synopsis. Writing in the LA Times, Steve Chowkis stated, “Zen” and Pirsig’s less successful 1991 novel, “Lila,” are not easy reads. In both, he develops what he calls the “Metaphysics of Quality,” a philosophy that attempts to unite and transcend the mysticism of the East and the reason of the West.”

Ok, that works for an obit, but it also fails to capture the essence of the books.

For more than anything, ZAMM is about trying to find a place in a world which does not value your values.

ZAMM is about, in part, fighting one’s way out of the box of middle-class consumerism and conformity while creating a new life, from whole cloth; while independently living one’s dreams. “When one person suffers from a delusion, it is called insanity. When many people suffer from a delusion it is called a Religion,” he wrote. 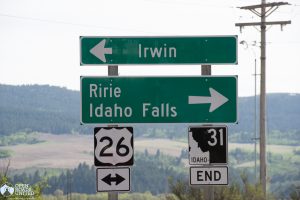 Such thoughts sound common enough now, in Pirsig’s day, a half century ago, they were the stuff of social revolution; his message was tantamount to turning one’s back on most if not all that was sacred and holy in America.

More, so, ZAMM was about creating a mental and philosophical construct which allowed one to live in 1970’s America without literally forfeiting one’s vision, one’s heart and one’s soul and most importantly, one’s mind.

Of his own illness, Pirsig once wrote, “This is described in the psychiatric canon as catatonic schizophrenia. It is cited in the Buddhist canon as hard enlightenment,” he told Britain’s Observer newspaper in 2006.

At one point, while being treated in a psych ward, Pirsig’s narrator wrote in “Zen;” “He was dead. Destroyed by order of the court, enforced by the transmission of high-voltage alternating current through the lobes of his brain.”

Not long ago I was forced to contemplate, in my role as parent and guardian, the possibility of allowing my then twenty-one-year-old son to undergo EST, also for catatonic schizophrenia. 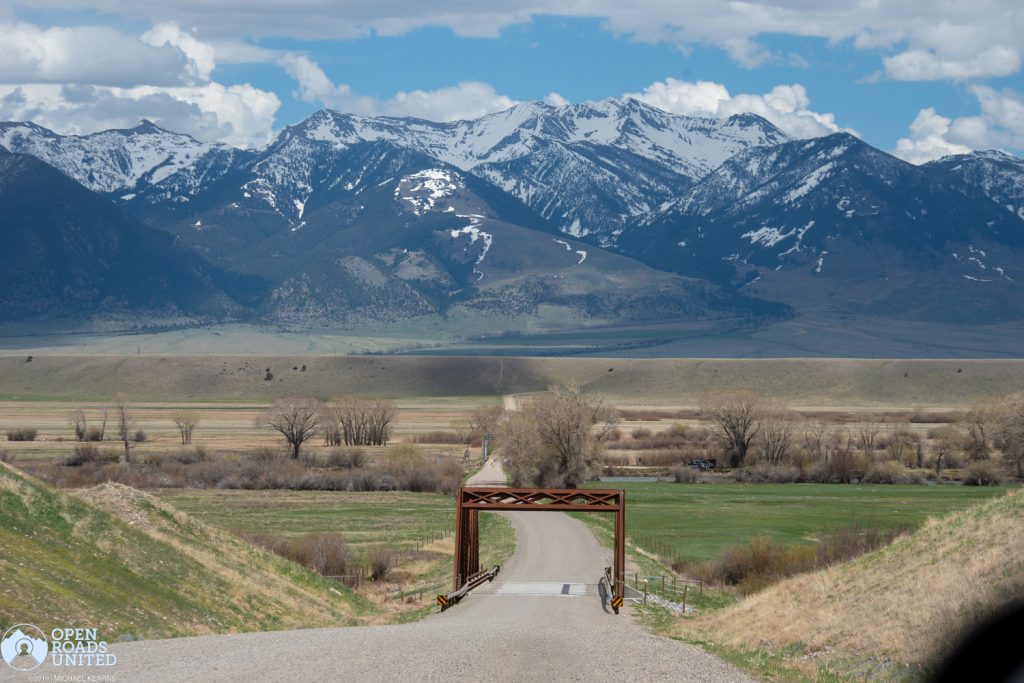 And though this treatment had been updated and far improved since Pirsig’s day, his accounts of that treatment and his description of the mental ward in which he was being held, haunted

my soul in those days as I similarly feared the very eradication of my son’s self.

Thus, in fiction, Pirsig’s character contemplated, as did Pirsig in real life (as have so many others including me) the possibility of losing himself, herself or a loved one entirely to electroshock therapy. 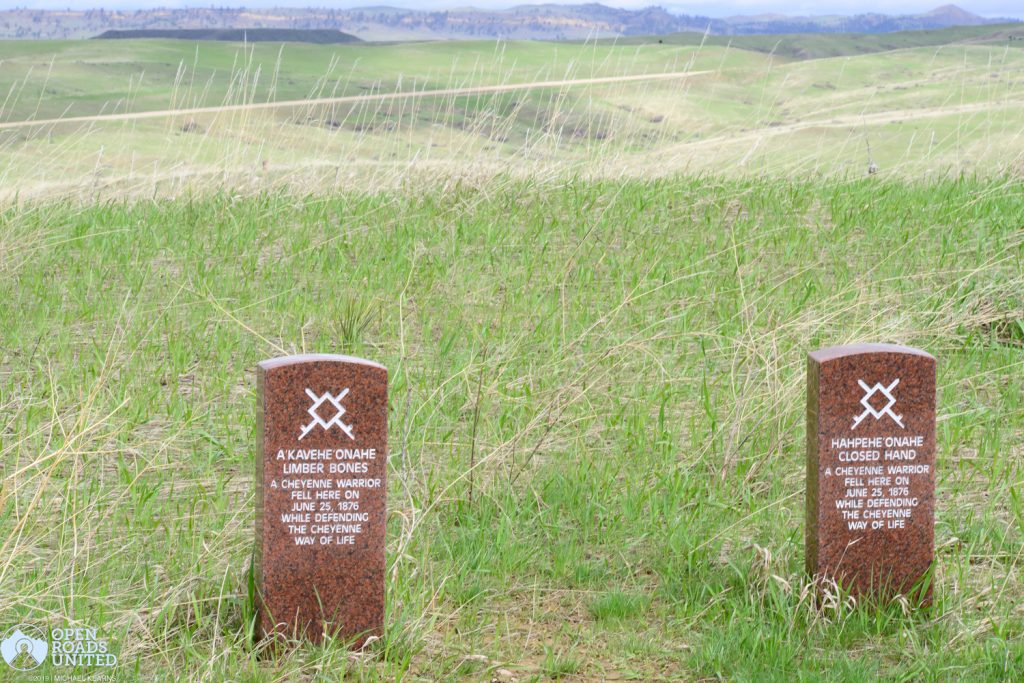 We have all faced the prospect of having those minds obliterated in much the same way that the American government and society, then and subsequently, has destroyed, in ten thousand different ways, so many millions of nonconforming and unfettered souls throughout American history.

If The Invisible Man was about the complete exile and nonexistence of the African American race in America, then ZAMM was about the perils of living as an enlightened, moral seeker of dreams in America. ZAAM was/ is about making the hard-left turn from gray flannel 1950’s conservatism and consumerism, to a life which places enlightenment and clarity of vision above possessions, class and the punishment of the nonconforming. 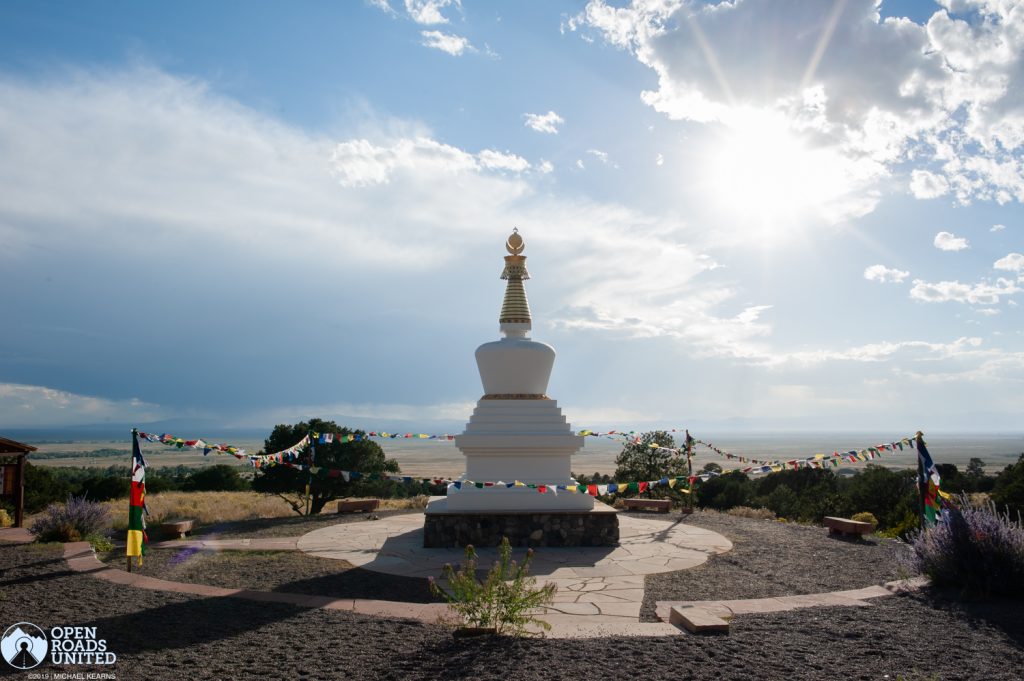 Does your life make any sense? Is it a moral life, a life of quality? Have you lived a life that hangs together in at least some minimally comprehensible sense? Pirsig again, “You look at where you’re going and where you are and it never makes sense, but then you look back at where you’ve been, and a pattern seems to emerge.”

That pattern, crafted by your own hands, with the permission and assistance of those you love, is called your life and can also be called victory. And when you reach this elusive place, only then can say, without doubt, as Robert Pirsig once did: “I don’t mind dying, because I figure I haven’t wasted this life.”