The Forealism Tribe takes on the Groove Cruise 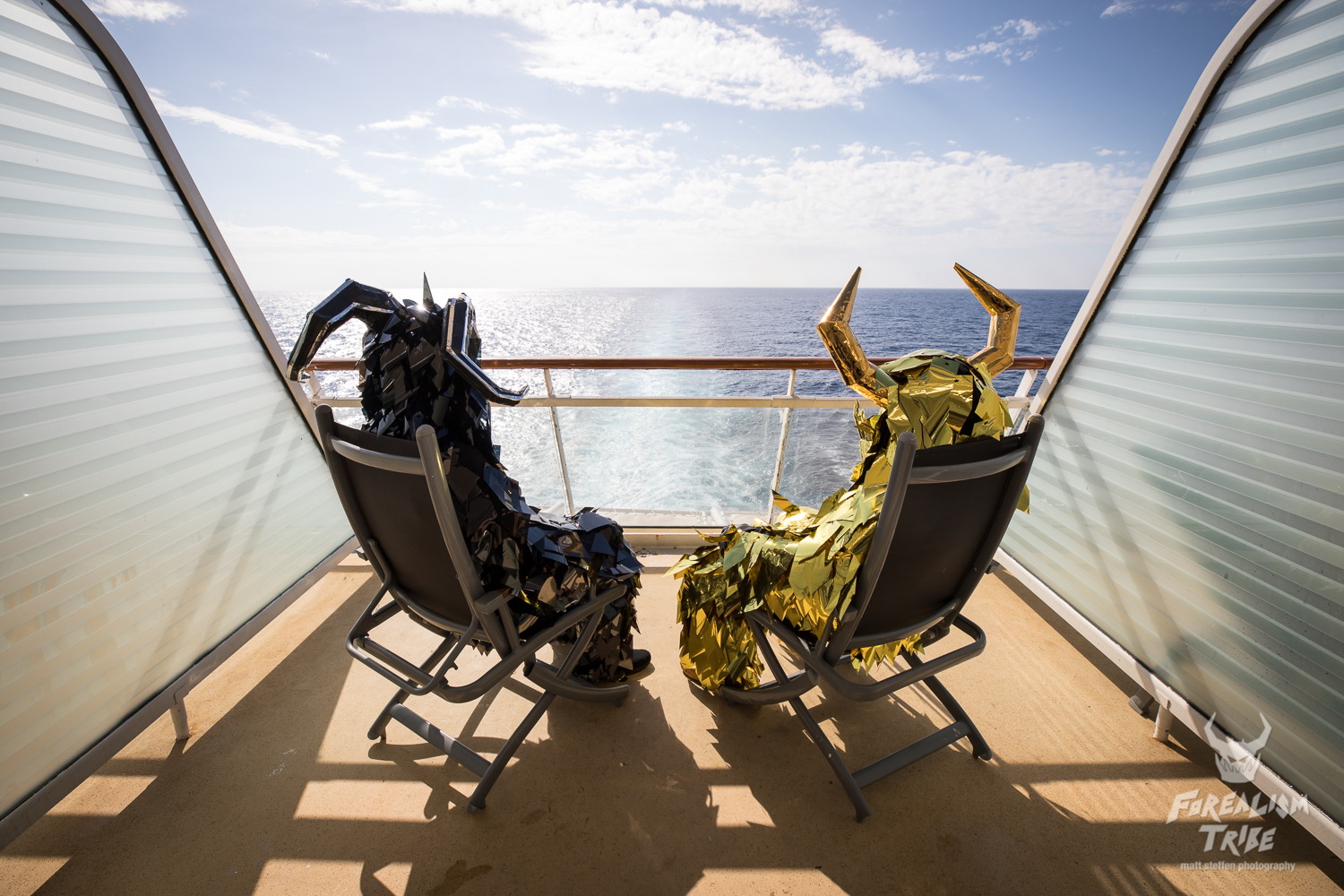 When your interdimensional brothers call, you pick up the phone. “Get to Miami, we’re going to take you out on a boat, bring your camera.” So to Miami I went and quickly found we were boarding Infinity’s Celebrity, now flying under the Groove Cruise banner, with twenty-one hundred or so of our new best friends. For once, the Forealism Tribe wasn’t the most over dressed for the occasion, they almost blended right in. The stoic federal agent with the drug sniffing dog barely even lifted an eyebrow. Surrounded by tank tops, flip flops, cosplayers, characters of all kinds, and not a small number of folks wearing just pasties and paint, we followed the line and found our eighth floor state room. The repetitive thump of the bass line was already echoing from somewhere. 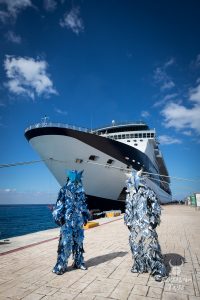 In an industry more associated with boomers and expendable income, reinvention has become the name of the game in order to compete for the younger generation’s attention. Niche, themed cruises are prevalent; floating music festivals of all varieties are heading out to international waters. The Groove Cruise is an EDM experience. Eight stages, top decks and interior, are pumping out the bass twenty-four hours a day. With enough Red Bull and whatever you might have sneaked past that aforementioned dog, the next 120 hours are going to be a ride.

A quick artist check-in meeting, the performance schedule listed the Forealism Tribe at 2am on day one, noon on day two, 5am day three, looks like I should start pumping in the taurine now. We ran up to the main deck for a few shots as the port receded, the place is already packed. Drink pass toting, oiled up Wild West themed dancers are going full steam. Hugs and selfies abound, as if we were part of the #GCFam all along. We ran from deck to deck, fore to aft, until the sun came up. Key West shimmered with morning dew outside the Constellation Room’s windows; we joined the line to exit the boat only to realize it was 6am and nothing was open, except a few bars that don’t appear to ever close. We decided site seeing was overrated and some breakfast and a nap were in order. On the way back to the ship we were stopped by a topless, thong-clad, house-stepping parade carrying a mobile PA and cryo-guns. These were our folks, the Groove Cruise does not stop. Back on board, I stood at the breakfast buffet. Sporting shorts and a t-shirt, I was wearing more clothes than the rest of the egg scooping zombies combined. And I thought it was the norovirus I would have to be weary of on this ship. 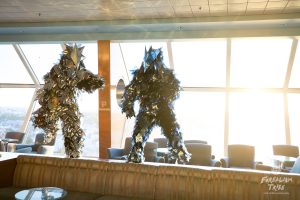 Back in our state room, we enjoyed the view from the back deck. Two levels above us, the Sun Deck drops some morning appropriate bubblegum house. Two rooms to our left, our neighbors brought their own sound system aboard. It’s the super elusive “secret stage” with room enough for at least four and a half people to shake their butts. The beat is pervasive and inescapable.

Day 02, theme is “Color Me,” jump up, gear up, run run snap snap snap, uts uts uts uts, splash some water in my face, bare breasts at the buffet, crash for a few minutes. Day 03, jump up, gear, theme is “Studio54,” run run snap snap run snap, uts uts uts uts, crash, splash water in my face, bare breasts and then some at the buffet, man just walked through the dining hall wearing a thumping PA as a backpack, wait… is this Day 03? Day next, boat’s not moving…Cozumel! Run run run, sand sand, more bare bodies, Kaskade building up to the big drop while we all ride helicopters over the rain forest with a hint of cleared beach, filled with bouncing crowds and beach balls. Seriously, this really happens? Day after next, probably, run snap uts uts snap run crash splash “50 Shades of Disney” breasts uts uts dear god I think I’m starting to find a rhythm here. Day last, just when we are in full on groove mode, we make our way down to the cavernous Theater for the closing set, Laser Assassins are mixing Black Sabbath into some revved up dubstep, trying to tear the roof down. The rows of velvet seats are littered with confetti canon fodder, spent glow sticks and over indulged party people. Run back to the 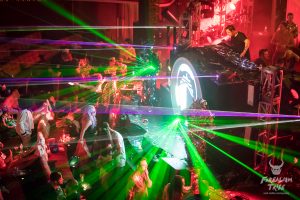 room and throw all my stuff into a bag that doubles as a pillow for the next handful of minutes. The boat pulls into port, dock workers go about their business like any other Monday morning, completely unaware that we have just returned from a five day odyssey through another universe. I’m not even sure how to explain it. But reality sets in, then reality takes the form of a two thousand deep customs line and a transportation logistical meltdown.

The Tribe drops me off at the airport, while boarding I get a text of them dancing at the after party. They can’t stop. I squeeze my giant body into a child-sized, reduced-fair seat and promptly pass out, still pulsing to the bass line.

The Groove Cruise is like nothing I’ve ever witnessed. A window into a world that most closely resembled a Bacardi commercial as I have ever come. Much to my surprise, I didn’t hate it. How can you be mad at surprisingly inclusive shiny people blissfully shaking it to hypnotic music? Now back at home, I still feel the sway of the boat and the ever driving house beat.