Schwartz’s Point, The Next Chapter 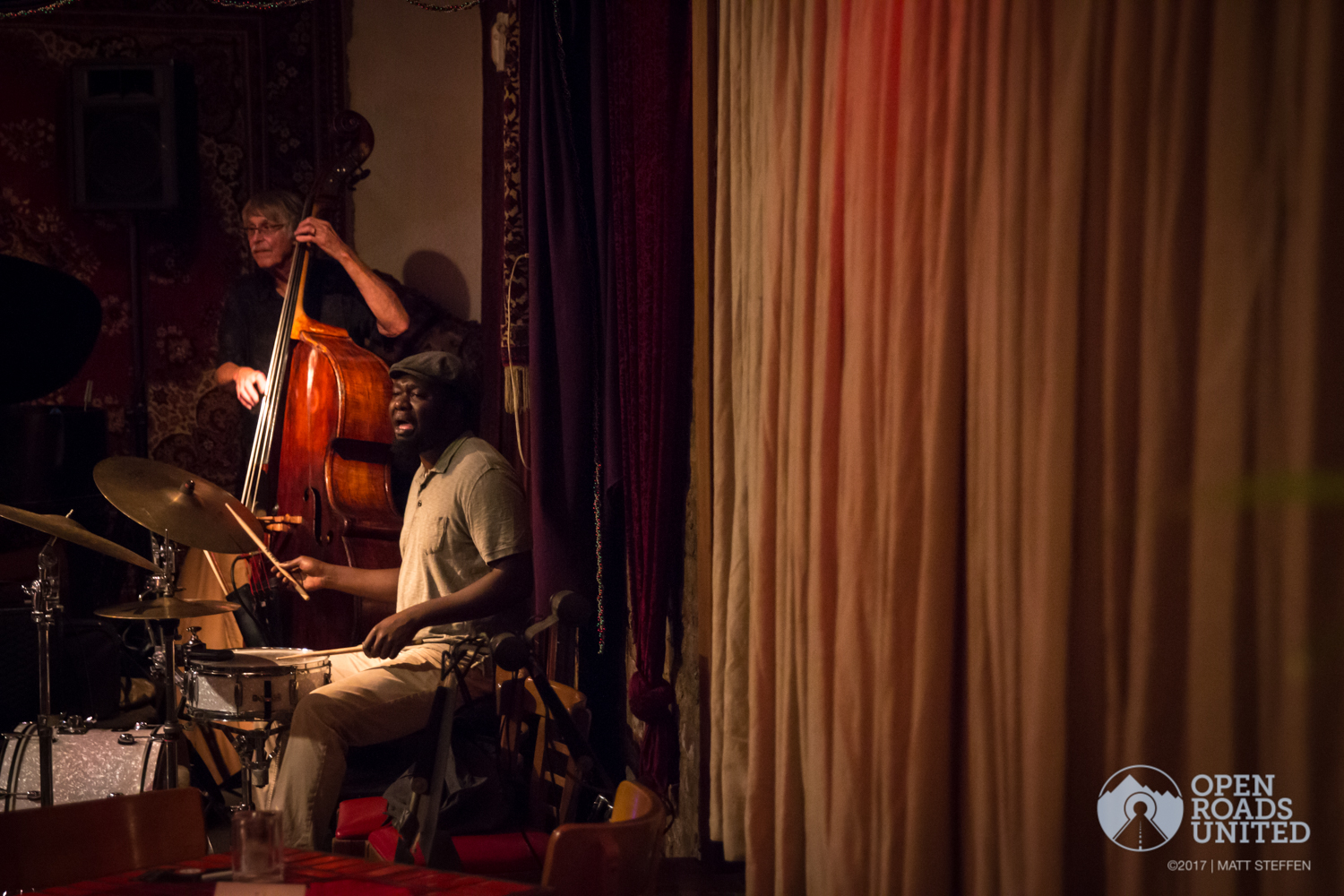 Schwartz’s Point Jazz Club has been shuttered since Cincinnati Jazz icon, Ed Moss passed away last fall at the age of seventy-five. His passing was a loss for the Cincinnati community as a whole and the jazz community in particular. The city lost a great musician and personality as well as one of the few true jazz clubs that remained in what has become an ever-shifting jazz landscape in a rapidly expanding city with ever-expanding entertainment options. Cincinnati has jazz, but the scene lacks an anchor. Fortunately for all of us, it turns out that Zarleen Watts, daughter of Ed Moss, also has a great love of both music and Schwartz’s Point. A drummer, Watts’s claim to fame is that she once played Shorty’s, the long-defunct basement club on short Vine, with the Smashing Pumpkins.

And while Watts isn’t playing a lot of drums these days, her love for music remains, and she’s determined to bring Schwartz’s Point back to life.

Watts recently held a sneak preview party for friends of the Point. The ambiance was there; the magic was there; and the music was first-class. Ed Moss’s old sidekick, bassist Lou Lausche, was there with his trio, which included Yemi Oyediran on drums and Carlos Vargas-Ortíz on guitar.

It was a party that simultaneously made those present remember what we have lost and what has been returned. One felt fortunate and grateful to be invited.

On the weekend of Thursday, October 5 through Saturday, October 7, Schwartz’s Point will return with live jazz, drinks, and a light buffet. The lineup will be heavy on jazz, but there will be other genres of music present as well. Watts hopes to bring in a younger crowd so that she might introduce new generations to the beauty of jazz. Pianists Jason Pollard and Phil DeGreg will play on October 5 and October 6, respectively, with a guest to be announced for October 7. The following weekend, Schwartz’s Point will be programming music for the Freedom Center stage for all four nights of Cincinnati’s inaugural light-based art festival, BLINK. Barry Ries, who has played with the likes of Joe Lavano and Lionel Hampton, will play, with other guests to be announced.

Dedicated to living a healthy lifestyle, Watts will serve kombucha in addition to beer and booze, and she will make her own simple syrups for the bar. The buffet that Moss used to offer on Tuesday nights will be revived with homemade soups and salads.

To follow the Point’s reopening and to plan a visit, go to the Point’s new website: ThePoint.Club.