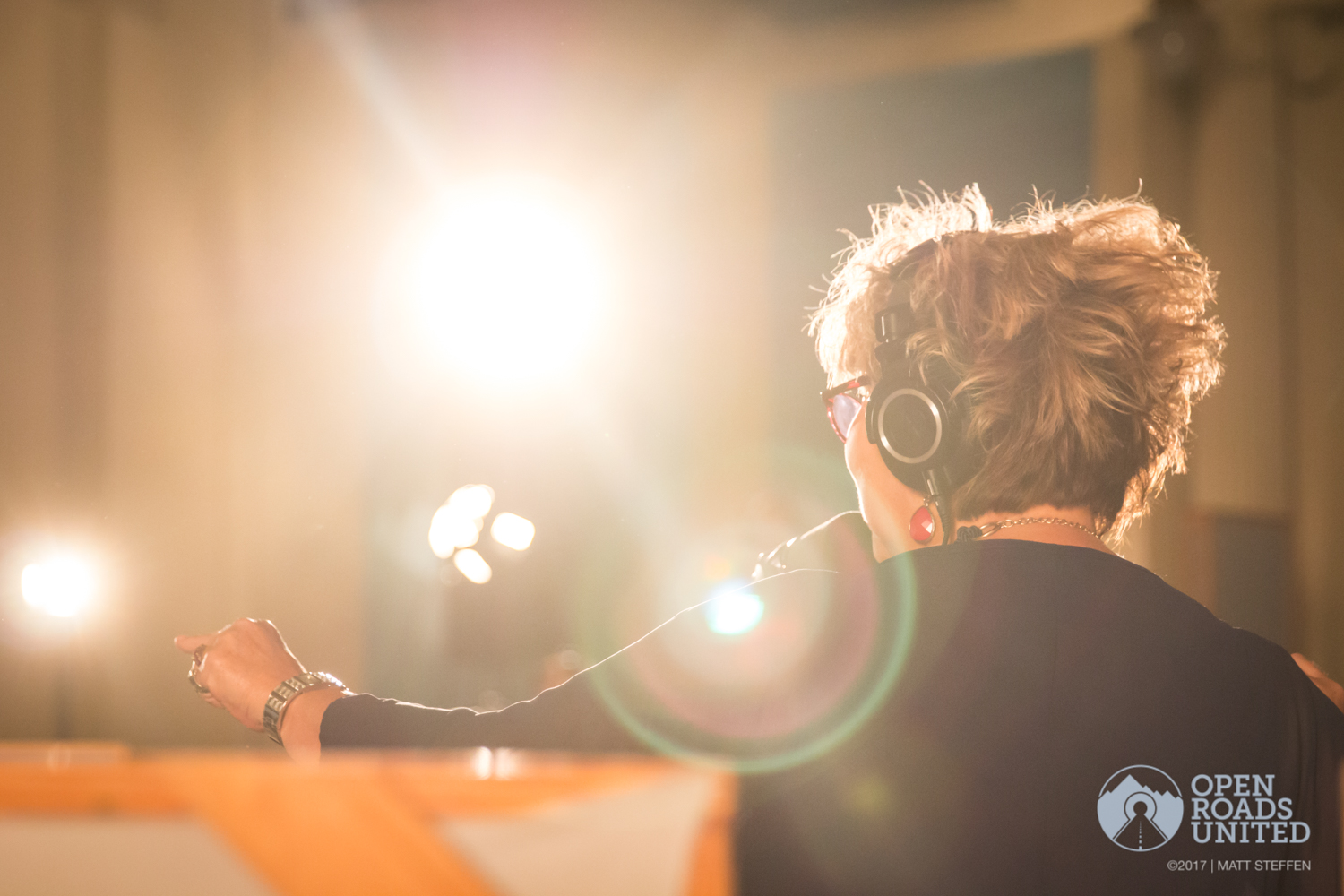 Inside Out
words by Michael Kearns | photography by Matt Steffen

Some pieces of art leave an indelible mark on our hearts. The Rolling Stone’s Gimme Shelter is arguably such a work of art. In particular, the background vocals of that song have haunted listeners for decades. 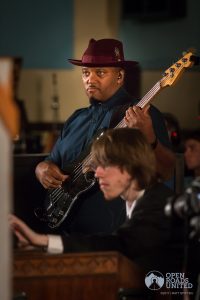 In the film, Twenty Feet from Stardom, vocalist Merry Clayton talks about singing the haunting opening lines to the Rolling Stones’ Gimme Shelter.

In an NPR All Things Considered Interview, Jagger tells his recollection of that fateful night. “When we got to Los Angeles and we were mixing it, we thought, ‘Well, it’d be great to have a woman come and do the rape/murder verse,’ or chorus or whatever you want to call it,” said Jagger. “We randomly phoned up this poor lady in the middle of the night, and she arrived in her curlers and proceeded to do that in one or two takes, which is pretty amazing. She came in and knocked off this rather odd lyric. It’s not the sort of lyric you give anyone–‘Rape, murder/It’s just a shot away’–but she really got into it, as you can hear on the record.”

Some pieces of art are so compelling, so puzzling, seemingly haunting or magical, that we not only wish to relieve the actual experience time and time again, but, in some instances, we become obsessed with analyzing that work, with telling the story of how those specials moments came to be.

Beethoven’s Ninth has generated any number of books on his master work. Other works explore the mystery and beauty of the creative process itself via fiction; as in the films Once and The Commitments. The greatest of works, such as James Joyce’s Finnegan’s Wake, can generate entire libraries of studies and commentaries.

Sometimes, the master works themselves spawn new prodigies, giving birth to entirely new works of art. Yemi Oyediran has created such a work of art. In Queen City Kings, Oyediran examines the birth of Rock and Soul and, in particular how those forms of music were influenced and arguably birthed in the Queen City at King Records.

The play’s bones are simple. A number of vocalists climb a podium at stage center, don a pair of headphones and attempt to create – with the accompaniment a 10-piece band, comprised of some of Cincinnati’s finest players – magic, lightning in a bottle, by singing one of the King Records’ crowned jewels. Their efforts are directed by recoding staff which the audience hears as playback voices though provided bluetooth headphones.

Thus the attempt is not to just give the audience a bird’s-eye view of the creation of art during the King period, but to make the audience a part of the action, thus providing them with a closer, clear-eyed view of how music is made, as well as the technicalities, luck and frustration inherent in the process. 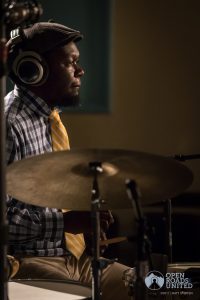 There are problems with the production. The room is way too big and too light, thus the studio lacks the mystery and vibe inherent in many studio rooms. These limitations – which are necessary to the production, ultimately do, however, give way to the verities of the effort. Takes are blown, and abandoned secondary to untuned instruments. Musicians cut on one another freely while offering subtle innuendo and commentary though their instruments. There are interminable stops and starts that try a musician’s, let alone, an audience’s soul. Yet all of these detours are necessary to the telling as one cannot truly begin to understand the magic of music without living through the frustrations and heartache inherent in its creation.

But mostly the play works because the people involved are dedicated to creating great music in order to give the assembled audience a peek behind the curtain. Ultimately, through their performances, they demonstrate that art, magic, happens only secondary to frustration, dedication, repetition and a little luck and inspiration.

Arguably, Queen City Kings is a series of musicals with each performance examining the birth of Blues and Soul or Rock through the lens of Cincinnati’s historic King Records. In reality, the performances transcend the telling of Kings Record’s story, examining artistic creation within the chrysalis of a single mythical recording room so that the audience might come to know, if only a little, the triumph and pain of freedom.

Queen City Kings performed at The Lodge in Dayton, KY on October 5th.