Play It (Over and Over Again) 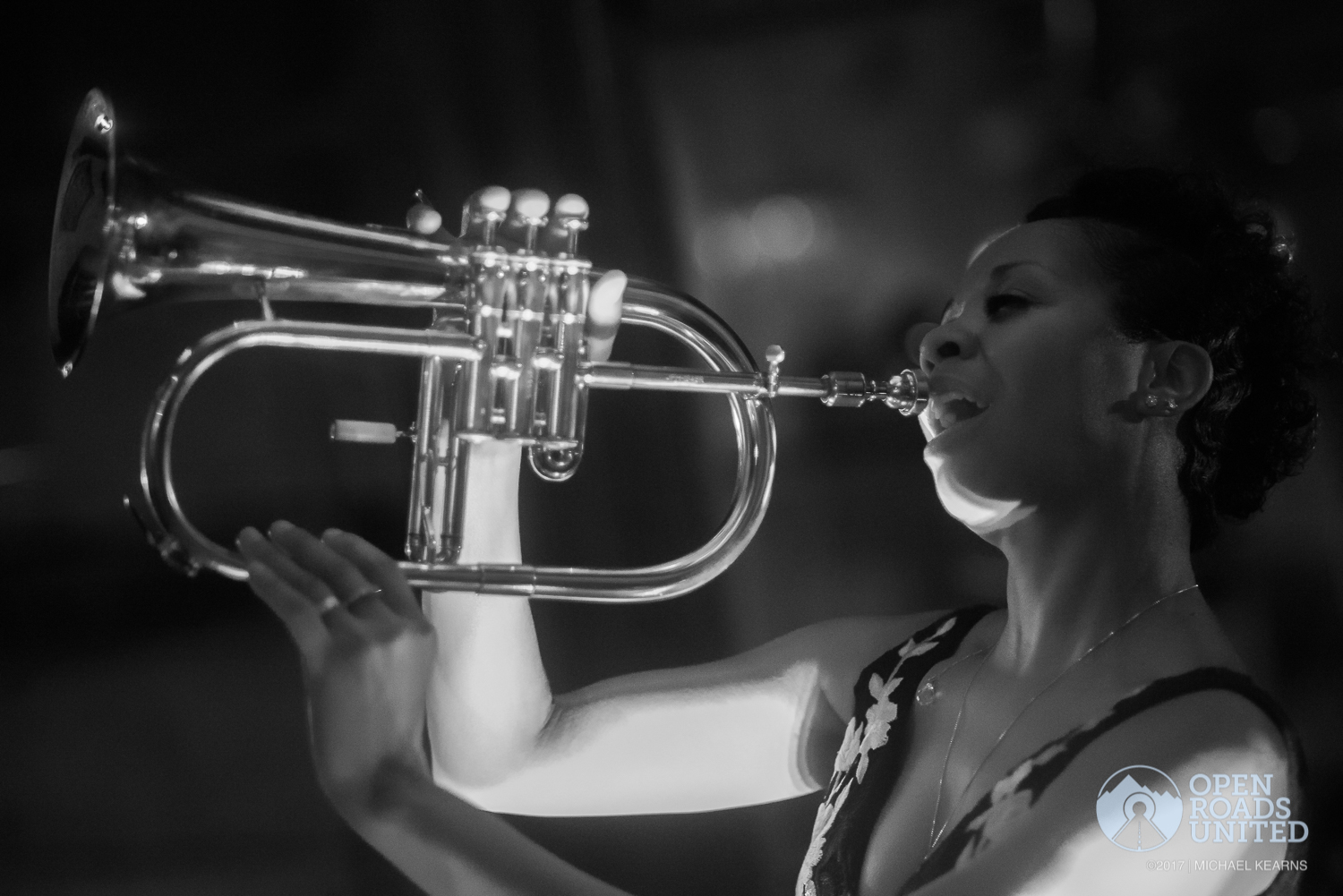 Jazz, for me, came later as the world I was born into, and grew up in, was white, white, white. The suburb I grew up in was white, my friends and sports teammates of my youth were white. I don’t recall a single minority in the German Catholic grade school I attended, literally not one.

Looking back this seems like a statistical impossibility. But I’m sure it’s true. Diversity not only did not exist, it was a distant and unspecified threat. Jazz, in the 60’s and 70’s, in the world I grew up in, did not clear the color bar. 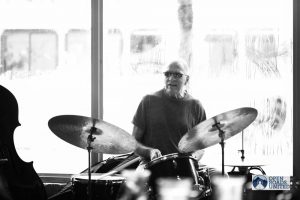 Thus the music which trickled into my world was equally white, even though I grew up in color filled and psychologically bent days of the sixties and seventies. I loved music, I grew up on early Cincinnati WEBN- which in those days was cutting edge rock. Everything else was Mavilla rock (Mayo+ Vanilla Rock- ie Steve Miller, The Eagles).

I tried to do better, I  not only listened to the AOR rock, but also the occasional jazz and classical that they EBN played on the weekend. I tried, even in my youth, to slip the surly bonds of whiteness, but I could not. I was a prisoner of my culture.

I realized at the the time that this all was wrong. I felt, damn near every day that I was drowning on dry land. I knew that it was not a good thing to live where everyone dressed, thought, acted and sounded exactly alike. My friends and I attempted to escape the monotony of our lives by driving the back roads of Western Hamilton County and Eastern Indiana. We’d drink beer and listen to the Stones. And the Stones and the Stones. Second hand diversity, we intuited, was better than no diversity. 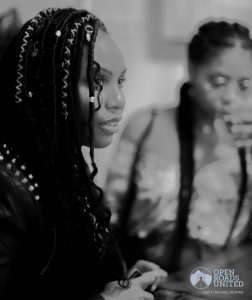 At some point diversity did slowly seep into my life. As a child I saw the movies of Akira Kurosawa. Since that time I’ve seen The Seven Samurai maybe 100 times.

During this time I was attending, against my will, a tremendously self important prep school- as had my father, Uncle and Grandfather before. I recall that maybe a handful of my current co-students- maybe five out of three hundred- were minorities. Overwhelmingly, this was also also a very very white place. In the interest of fairness, however, I did learn to play rugby, ride a motorcycle, work,drink and take drugs. My Brooks Brother’s ego loosened a half turn.

In high school we were made to read Thoreau and Emerson,  the twin pillars of the American Transcendentalists; that is, the first group of American thinkers who seriously examined non-Western spiritual traditions such as Hinduism and Buddhism. 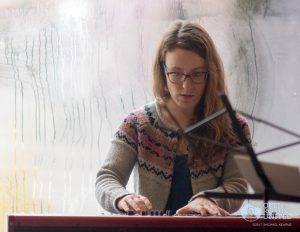 And then I read the beats and then took to the road both literally and figuratively. The road shattered, once and for all,  almost all the narrow provincial visions of my youth.

In my later years of college (English Lit at UC) I came to live at Corys Bar (now The Mad Frog).  I was very much raised raised by the likes of the very classy Big Ed Thompson, Russel the bass player and the very mad, and loving, H Bomb Ferguson.  After  my near daily three year internship at Cory’s, all bets were off and my skin changed from a fish belly while to a tolerable shade of fulvous.

In time I also came upon BodhiDharma who took me to the nearly impenetrable  and wonderfully dense Dogan-the founder of Soto Zen. I have been pondering and meditating with Dogan for many years now. I love Buddhism and the writings of Dogan, but I cannot say why. This impenetrable love makes them my first jazz- my second jazz being jazz.

Actually, one can convincingly argue that two (Buddhism and Jazz) are inexorably linked, are even one and the same. That discussion, while inevitable, will have to wait.

Here is the point I do want to make. I am very much a native son, and like many of you have suffered through the too recent dark days of this town. Hopefully we all now stand to benefit during these current days of boom. And now that we have seemingly pole vaulted the bust years,  I wonder out loud, what have I, we, missed the most? 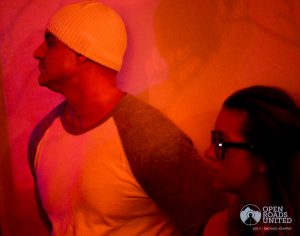 My answer is a plethora of music clubs hosting many great bands from near and afar- specifically jazz bands and jazz clubs. The health of a genre of music should not, as it did for long during the dark years,  upon the vagaries of fate and the health of a single club.

Thus, I want to do my part to help to birth and grow a jazz scene. Unfortunately I do not have bags of cash so starting a foundation and/or a club is out of the question. Besides, the reopening and opening of the Red Room and Schwartz’s Point- to name just two happening clubs- seem to harold good tidings on the club front.

I do, however, have many years of experience in  assisting with such efforts. I have worked for decades on projects such as Mid Point and Bunbury;  In fact, both were started by very close friends. More than anything I love to shoot and write.

For decades I also kept a studio in Maureen Wood’s Off The Avenue Studios. 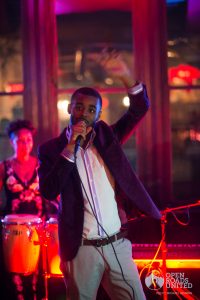 From the people who ran these large successful built from the ground up efforts I have learned that one person can make a great deal of difference- even during the bleakest times.

I do not want to be a critic. I want, rather,  to use my art to help propagate you and your art, and your efforts. I make this offer because I believe that through such a process, we will all flourish.

My associates and I- at Open Road  United Media (ORU)- an event photography concern and on-line magazine, have many interests. Mine, is helping you  while concomitantly creating my own art out of your efforts. Why?

Once upon a time, some 20 years ago, I met a beautiful girl and we fulfilled my fondest dream by fleeing Cincinnati. We came to land in Atlanta. Newly met friends had us over to their apartment for dinner, a real grown up sophisticated dinner.

The lights of the city twinkled below. Sue served dinner  while explaining that she and Bill, her husband, always played the same music with dinner

and she hoped we would like it. With that, the tone arm hit the plastic and the air filled with the sound of John Coltrane. Specifically, the sound of “Say It (Over and Over Again),” the first song off Ballads. 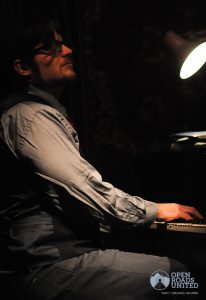 I suppose there are three things I will never forget before I die. The first time I saw and fell hopelessly in love with my beloved,Becky; the birth of our children; and the first time I heard John Coltrane’s Ballads. Ballad’s is, of course, an easy, honied seduction, one which gave rise to Giant Steps and A Love Supreme and all the rest.

Trane was gone by the time I found him, but I did see other greats in the following years including McCoy Tyner at Ravenna. I also saw Sonny Rollins twice. Together McCoy and Rollins made me understand that in true art lies man’s ability to become godlike, if not an actual god. Certainly Tyner and his quartet played like Gods that star lit summer night that I saw them just outside Chicago.

Later I also saw Roy Hargrove joyously play Habana at the Ravenna and later I also saw Joshua Redman at Blues Alley in Georgetown. I’ve seen Wynton Marsalis at Riverbend and countess shows in New Orleans including Ellis Marsalis and multiple other shows at The Snug Harbor as well as countless other shows at d.b.a. I’ve seen several shows with Kermit Ruffin at the Blue Nile and in Bywater. Kermit’s most recent shows taught me that jazz artists, just like everyone else, get tired, lazy and entitled.

Returning again to Ravenna, I saw half a white, staid, moneyed audience walk out on Sonny Rollins after less than fifteen minutes because they did not care for for his shredding. 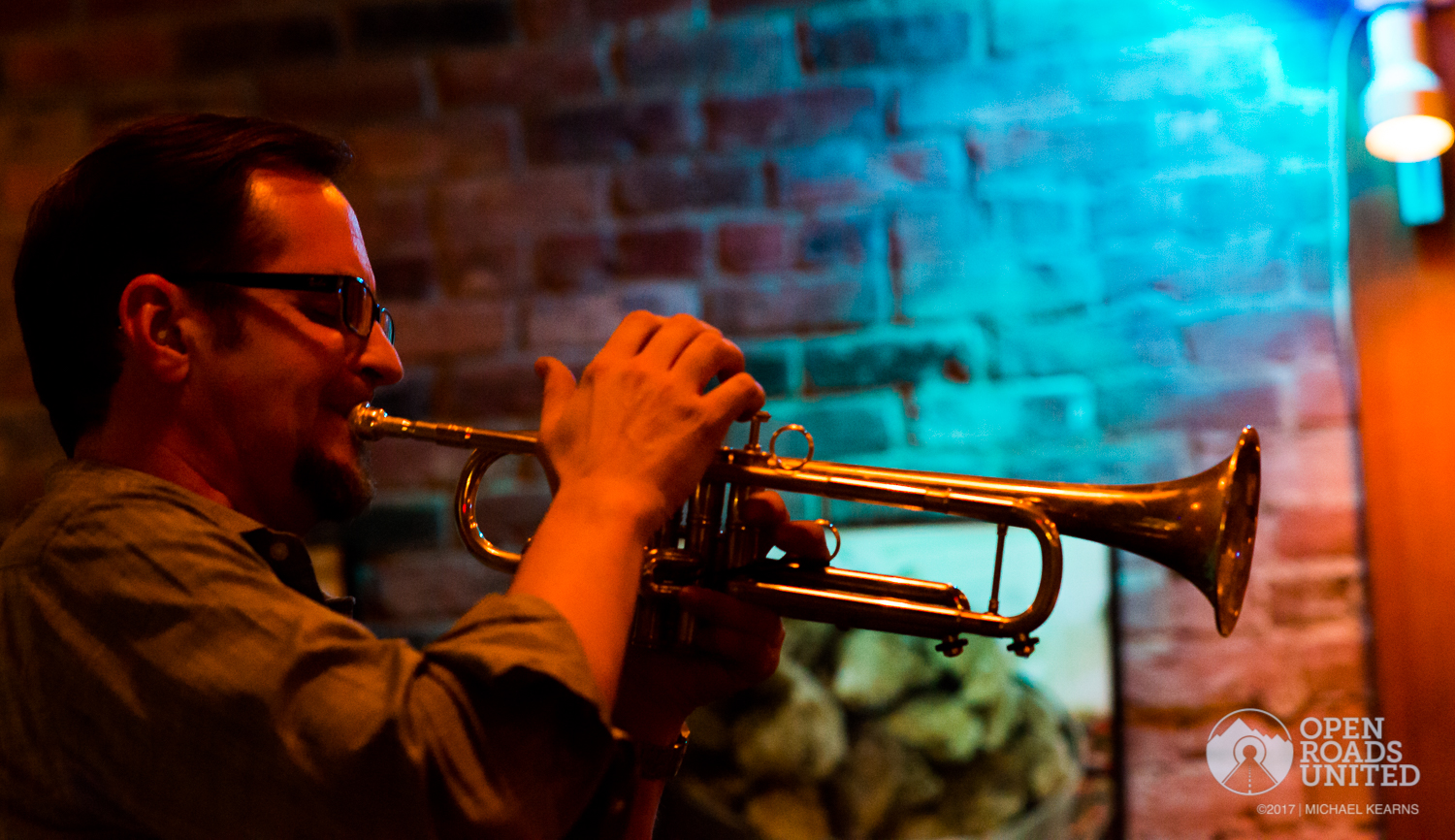 I saw him a year later, in Indianapolis at the beautiful Madam Walker Theater, on June 18, 1999. He played for over two hours before a largely African American Audience and commenced to tear the house down. His big horn sung freely in that small venue that night. From these two shows I learned that jazz is sometimes a confusing, contentious and, yes, racially divisive art form.

Another year, at the same Indianapolis Jazz festival, I heard a very young Nora Jones play just before Richard Thompson. 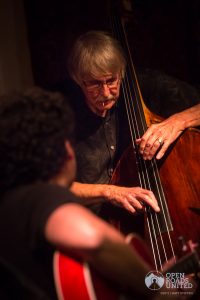 These were all great shows, but I want to see such shows- on a regular basis- in this town. Tuesday’s Kamasi Washington show at the Taft (following his last MidPoint show) is certainly a good start. But I want more. I know that Xavier has a fine series. But, fuck it. I want it all.

After living in Atlanta I moved to Cleveland, where one night I had the pleasure of watching Gary Bartz play from three feet away. I want that on a regular a basis.

I want to bring back Kaldis and a half dozen clubs like it.

Kaldis more than anything kept me alive when  was I forced to return to the town I hated so much in my youth. The Ron Enyard Quartet, Cal Collins and Kenny Poole kept me alive in those dead and stagnant years. And when Cal Collins died, Mike Breen at City Beat was kind enough to publish my amateurish remembrance. Cal’s wife sent a nice note and later gave me a hug when we both came to attend an early CEA.

In speaking with Ron Enyard recently, hold me that he did that gig for four years, four nights a week. Imagine that much steady work for that long. 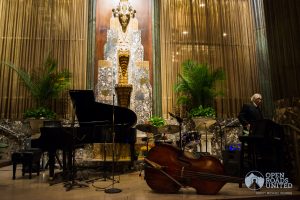 Since then I’ve done a lot of writing and I learned photography. It’s taken me decades to learn that these arts were meant to be mine. I learned this truth through several kind mentors. One in particular, Melvin Grier is, in addition to being a great artist in his own right, is also a great  jazz fan and a great jazz collector. Melvin saw Trane play in Pittsburgh back in the day.

As a professional photographer he’s shot countless gigs and has been kind enough to teach many, including myself, the protocols of music photography. He’s also deepened my love of the genre.

Enough.  Like Trane, I never can find a way to stop.

For better or worse I just, only, wanted to introduce myself and state my intentions. 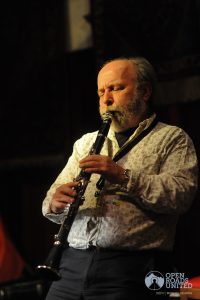 I also wanted to offer my meager assistance and to ask you to just please appreciate that I need a couple small favors, so I can help you out.

First, put me on your mailing list and I‘ll do my best to get to your gig and celebrate your efforts. Attached are some photos I’ve shot at clubs over the last several weeks so you know I’m not wasting your time.

Say hello when you have a minute. I’m the large guy with the beard and a couple of Nikons.

Lastly, whatever you can do to help me cover your scene would be appreciated. Please help me spread the gospel.

Mostly, just take me at my word and know that I just wanna give back, I wanna color this dull world so currently mired in ignorance and hatred. I want to pay back those who gave so much to me.

Just cut me a little slack while I get up to speed. And above all- thanks for your time and music.