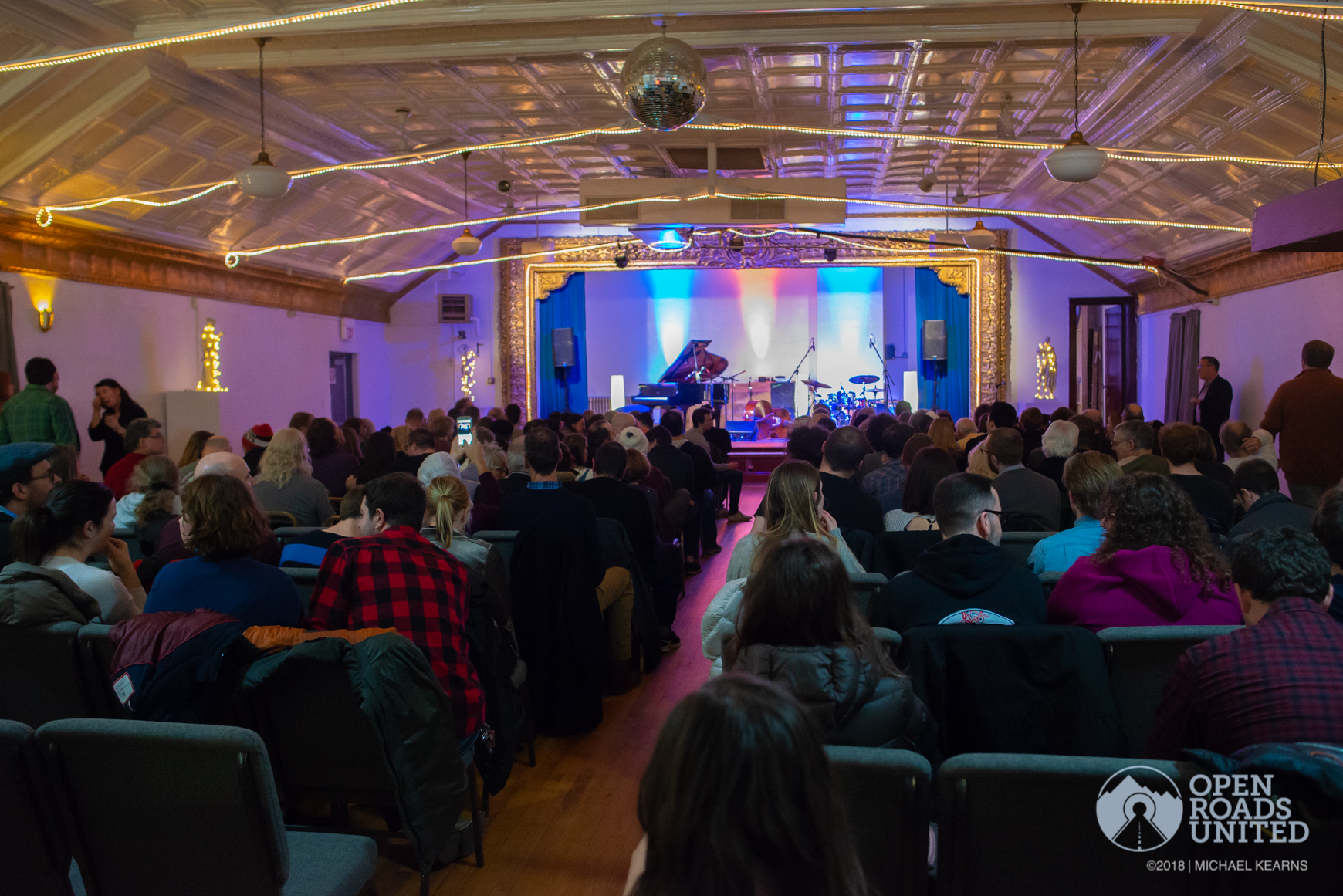 Brandon Coleman is a musician, specifically a jazz guitarist, and promoter who was born in Pikeville Kentucky. He grew up there in a family of musicians and, after high school, went on to Morehead State where he studied jazz guitar. After Morehead, he went to Louisville, where he got his masters. 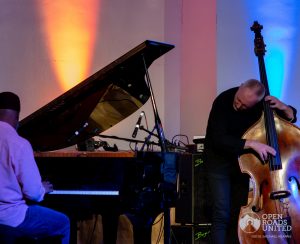 And while it might seem strange that a kid from blue grass country ended up in love with jazz guitar, as opposed to the banjo or fiddle, Coleman says he nevertheless grew up around a lot of diverse music, including blue grass.

“My family had a lot of musicians. My great granddad built banjos and violins and my grandfather played western swing… in the house my mother was also playing Harry Connick Jr., Stevie Wonder,  Sade, and others, so when I finally started playing guitar at 11… I first got into the guitar stuff early on- Hendrix and Zeppelin- but one day I got a copy of guitar magazine and I read about [guitarist and composer of modern jazz/blues] Scott Henderson and I was blown away and that opened up the rabbit hole and I went down and started listed to Bill Frisell and Pat Metheny…..and it was all over.” 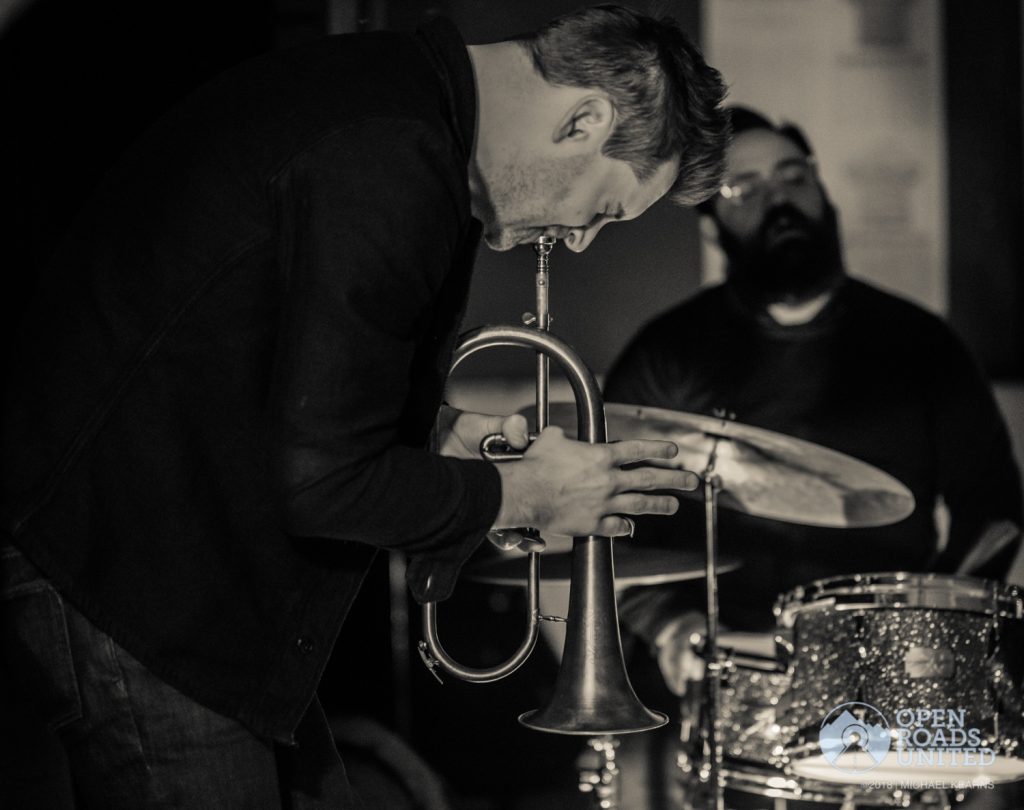 About six years ago, after marrying, Coleman, and his bride, Ginny Rose, moved to Cincinnati, so that Ginny could start her Masters at CCM in classical clarinet.  By the time she graduated Brandon had already been playing around Cincinnati a great deal, so they stuck around.

In time, Brandon began promoting other shows out of his band’s practice space on Eighth Street next to Arnold’s. Coleman eventually began a series called the Golden Mean Jazz series.

“Prior to Liberty (Jazz Lab)… the band was serious about rehearsing and touring and we were on the road a lot. …so we got a nice studio space downtown… At the same time we were meeting other bands out on the road…bands who wanted to play Cincinnati, but didn’t have a big enough name to book large venues,  or else local clubs didn’t want to gamble on them because they were a smaller out of town band without a hometown following, so we started Golden Mean to give those bands a place to play.” 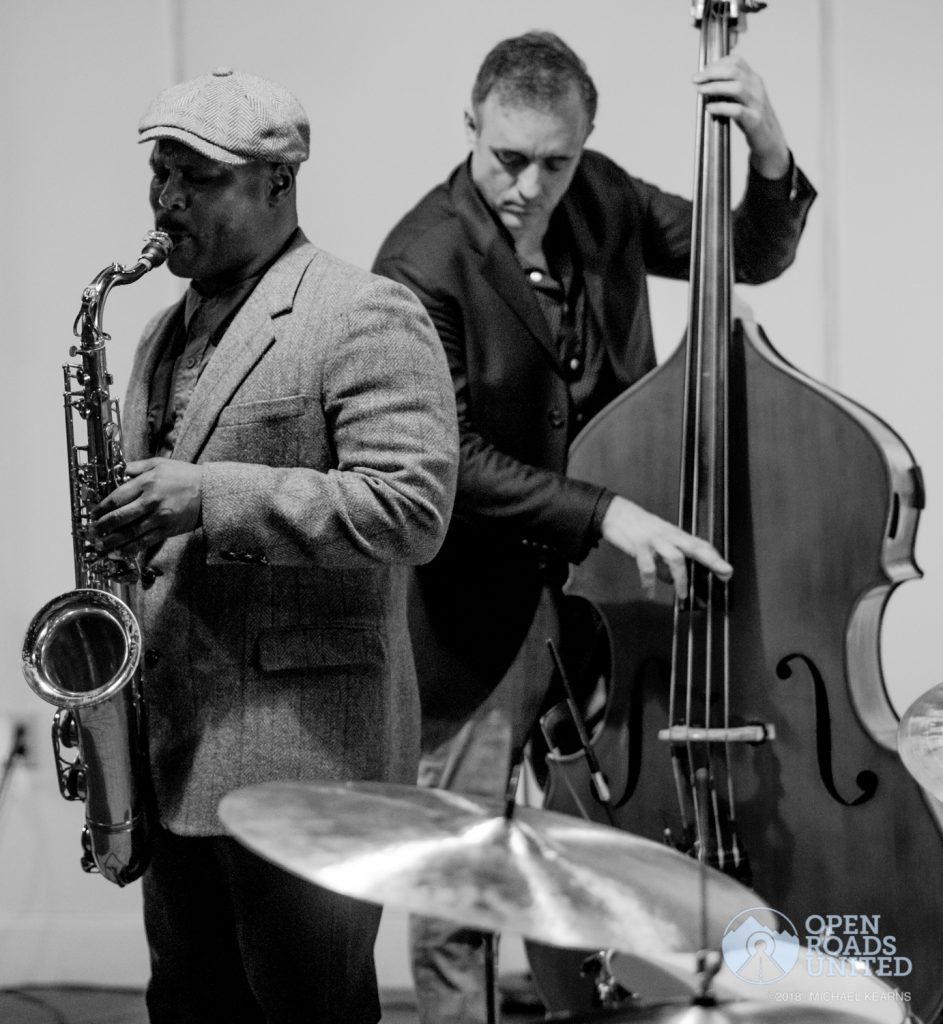 The series was a success. Shows were intimate and informal with guest bringing their own beer and wine and pot luck dishes. The series was a chance to hear first rate jazz in a comfortable space. Shows included saxophonist JD Allen (who’s recording Love Stone was just named Best Jazz Album of the Year by Paste Magazine).

After doing the Golden Mean Series for a while, Coleman says that he received the opportunity to collaborate on a new series of monthly shows to be called the Liberty Jazz Lab. Coleman says the Liberty series was a natural progression because, “it was less work for band (allowing them to concentrate more on their music…), had nonprofit basis and is also a platform which allows the artists to reach a larger audience.” 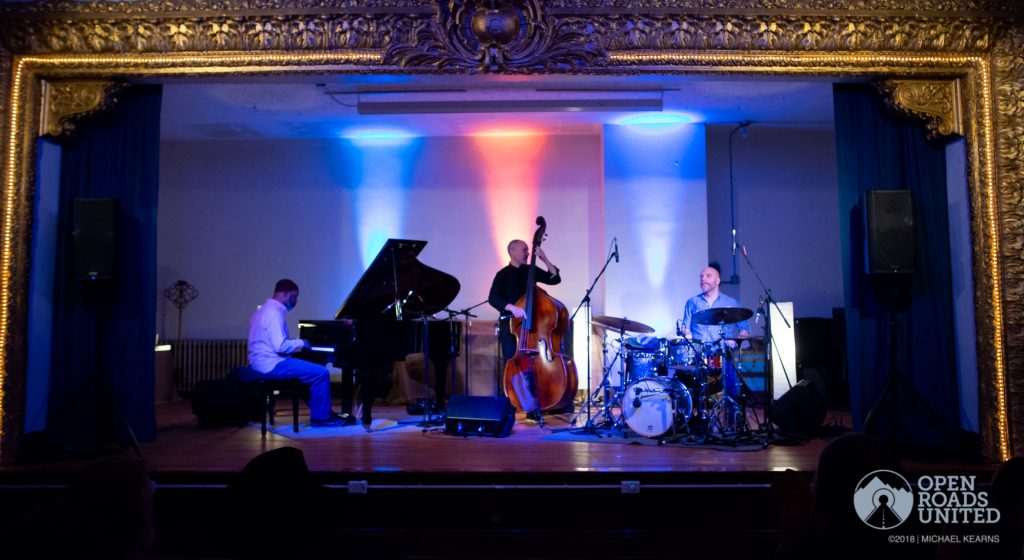 The series started when friend Craig Brammer emailed Coleman. Brammer, with his spouse Carol (the founder and artistic director of the Clifton Players and Clifton Performance Theater) had just bought the old Deaf Club building on Spring Grove in Northside with the intent of using the building for a performance space.

Brammer told Coleman that he thought a monthly show featuring modern and contemporary jazz would be a good fit. “I was all about it,” says Coleman, “so now Carol runs the theater and allows us to turn it into a jazz club once a month.”

The building has two performance spaces, a small speak easy type space on the first floor in which Coleman and company hosted Liberty’s first show in February of 2018 (John Raymond and the Real Feel); and, a beautiful restored upstairs ballroom with wooden flooring, comfortable seating, a well lit stage, and bar. The space- which was back in the day a vaudeville theater, also features excellent acoustics. Since the first show, Liberty has been hosting a show a month, save summer.

Coleman says the show has been well received with some more well attended, “but overall energy has been very good.”

The series has also been a success says Coleman because they have met their goal of bringing in new faces in addition to the usual older hardcore jazz fans.  “One of the goals is to expand the audience base for Jazz in Cincinnati. We want to build a following for all of jazz for all the venues in Cincinnati… we’re very happy that shows have been very diverse, with people of all ages.” 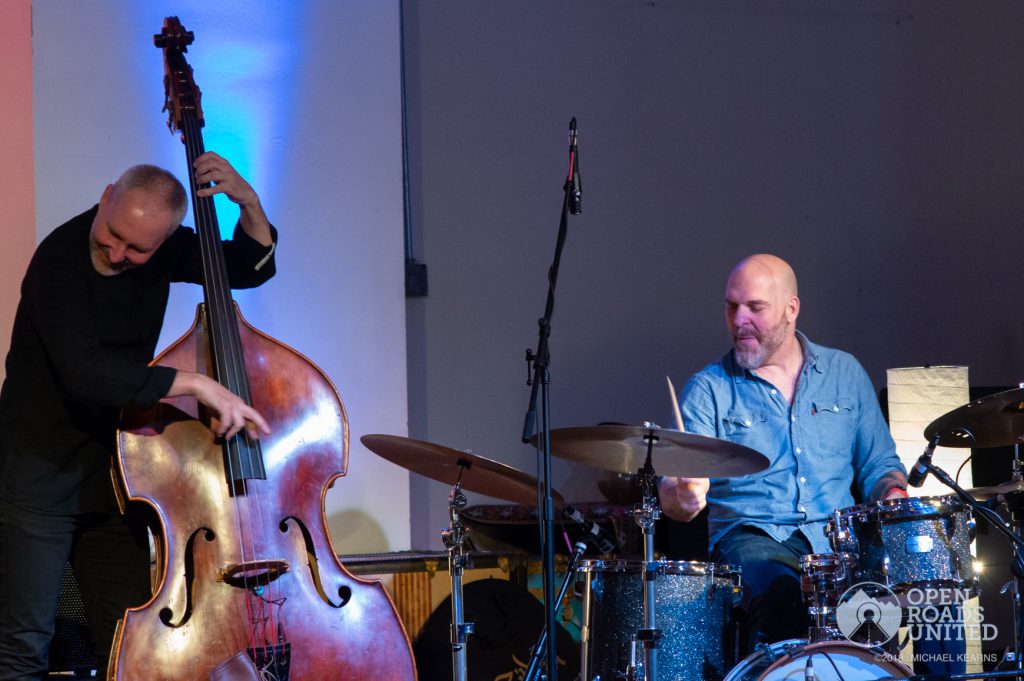 Coleman was especially enthusiastic about the last show of the series with The Bad Plus. “They hold a special place in my heart because when first at school,  I had a friend who was obsessed with them and he played them for me and they instantly appealed to me with my rock and fusion background…they’re controversial in a way, but the big take away is that, in the day, the jazz songs played were the popular songs of the day, so their thought  is to take the popular songs of  today and apply jazz to them….of late they’ve had a paradigm shift with new piano player who is great player and composer… they also have an ability to cross genres and I thought it a really good way to end series because they embody what I want Liberty to be. It’s not about one thing, it’s about a lot of things and I think audiences like to be surprised whether they know it or not…” 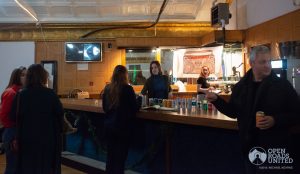 There’s certainly no debating that the series has been a success. Selling jazz tickets in Cincinnati, at any venue, can be a tough sell; selling 215 jazz tickets at 25.00 a pop in Northside, the traditional home of free rock shows, is an even tougher sell. Yet, Coleman has done just that. The first and last shows we attended were comfortable, sold out, expertly produced, with great sound and a diverse crowd.

The series is certainly a great addition both to the city’s expanding art scene as a whole, as well as to the jazz community. The Venue represents a fantastic new entertainment option and the opportunity to hear jazz players not normally heard live in Cincinnati which is also splendid news for Cincinnati’s exploding Jazz community.

And if the crowd’s enthusiastic reception is any indication of things to come, all jazz should remain alive and well in Cincinnati for quite some time to come.