Getting to know Maria Carrelli 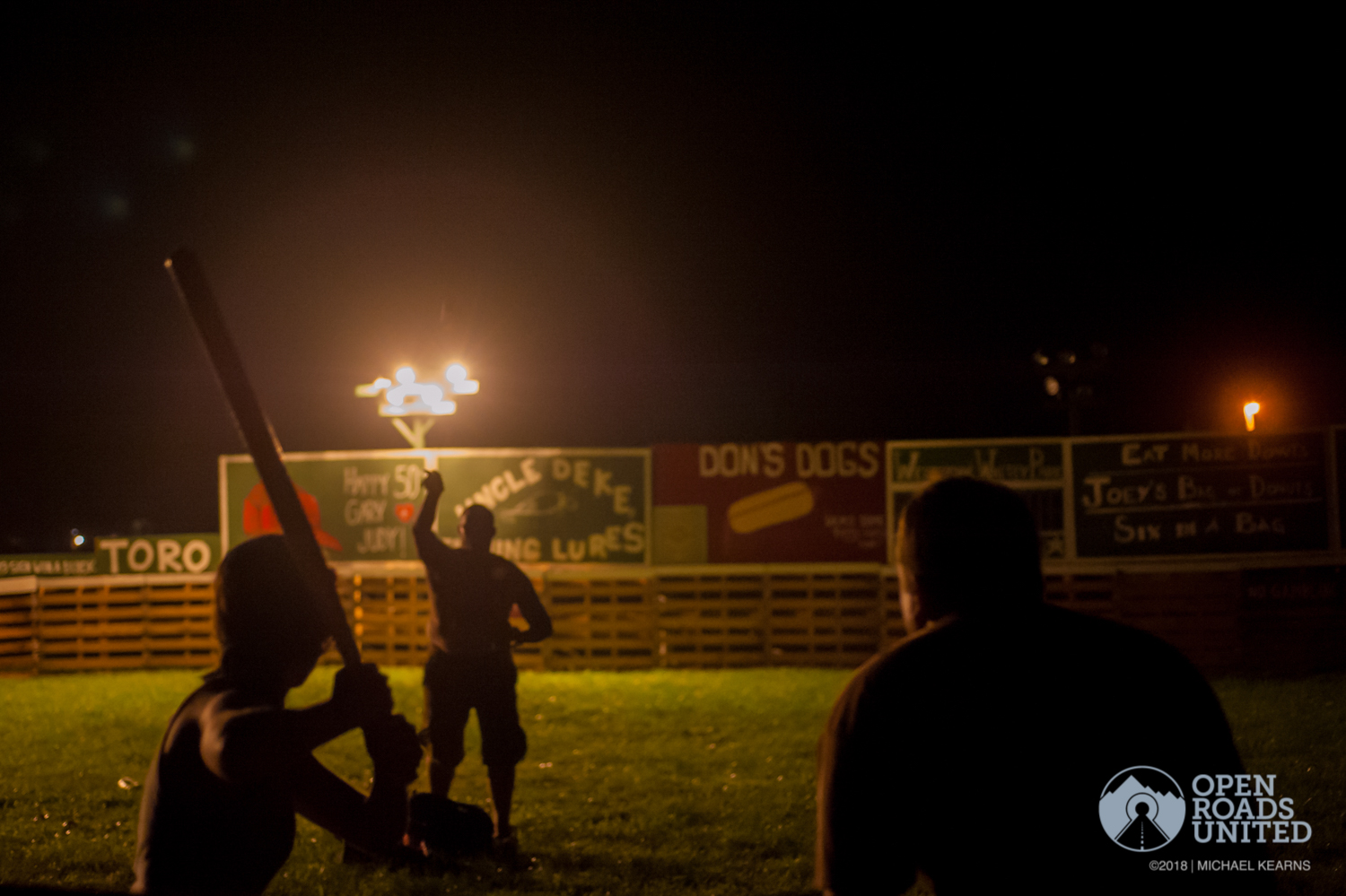 Damn near everyone familiar with Cincinnati’s local music scene knows of Maria Carrelli and her singing and songwriting talents. Marrying sometimes snarling vocals with sweet picking while displaying a broad knowledge and love of traditional music, Maria has become a local favorite. We’re proud to say that we’ve been listening for a few years now after meeting at a post midnight wiffle ball game at the annual Whispering Beard Folk Festival and Lovefest. In this interview Maria talks about her influences, local raising and how she came to be a Beardo.

Where did you grow up and spend your formative years?

I grew up on the East Side of Cincinnati, Ohio in a little town called Mariemont. The Ohio River and tributaries of it such as the Little Miami River were never more than a 10 minute drive away from where I lived so I pretty much spent my formative years traipsing through woods and creeks around there. 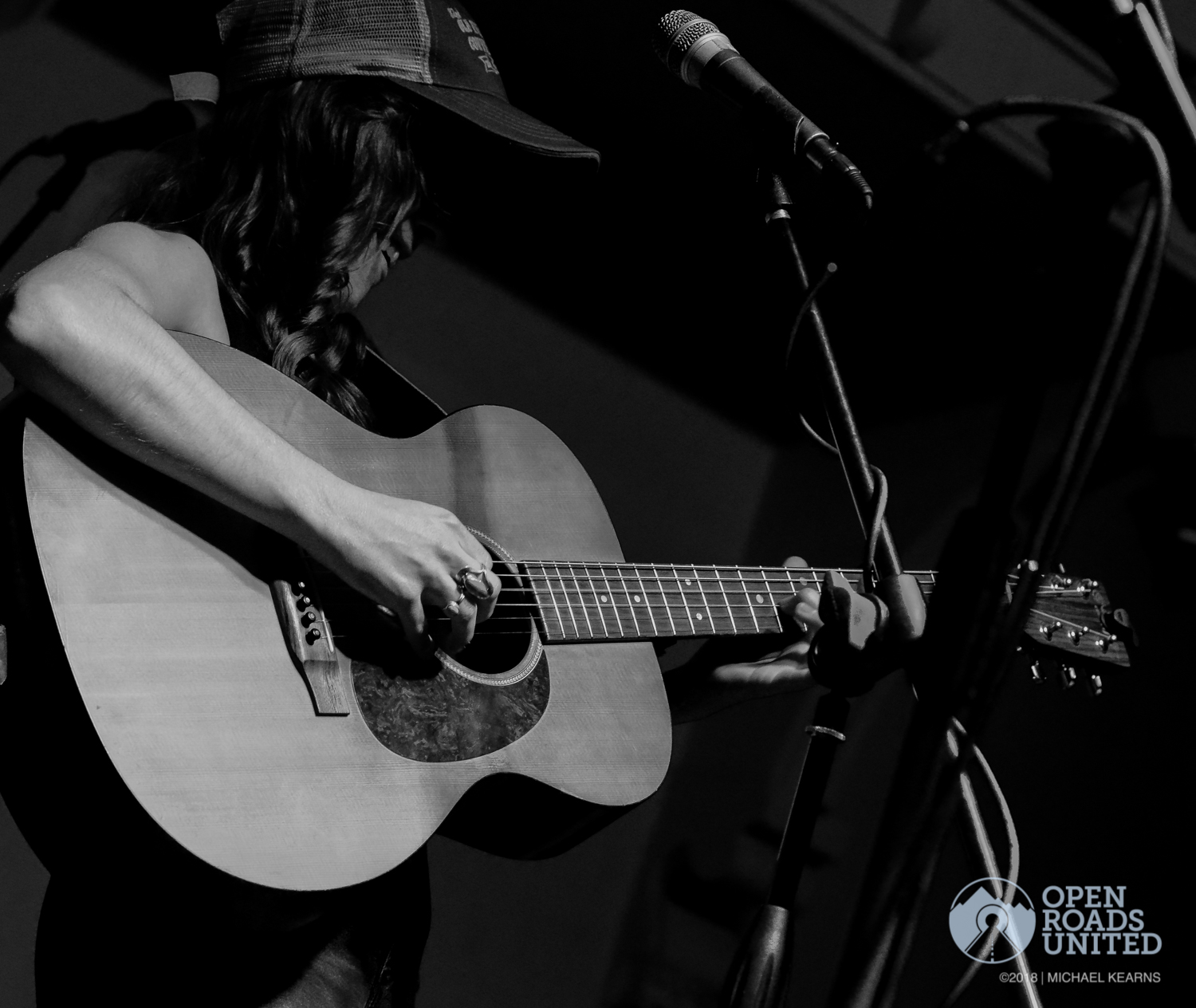 Your playing suggests influences from a number of different genres- is this right and what did you listen to?

I’ve had a hilariously diverse music selection throughout life I guess… I started off falling in love with the musicals and the wonderfully bombastic numbers they contained when I was very young.  Around the same time, I fell in love with oldies and Motown and whatever my dad was listening to at the time which rendered an affinity for bands such as Steely Dan and The Beatles. I still remember the curiously shocked look on my guitar teacher’s face at the time when I brought in a solo from Steely Dan’s song, “Bad Sneakers” as a 13 year old to learn. Soon after, I entered my punk phase. It started with Green Day and quickly moved to their influences and other punk bands of the time such as Operation Ivy, Dillenger Four, Kid Dynamite, NOFX, Rancid, The Clash, Minor Threat, etc. I fell utterly and completely in love with the raw, unadulterated emotion that was punk. Traditional Irish Music came after that. The second I heard a mandolin I fell in love with it. Little did I know, my affinity for the instrument would lead me into a love affair with Traditional Irish Tunes. I played the tenor banjo as well as mandolin throughout this phase. Soon after, folk and songwriting peaked my interests. I followed my modern songwriting idols such as Josh Ritter, Ryan Adams, and Ben Gibbard’s influences back to the greats such as Bob Dylan, Townes Van Zandt, and John Prine (and seriously so many more; I feel like I could go on for a while here!). From there bluegrass, old time, and country music took over! 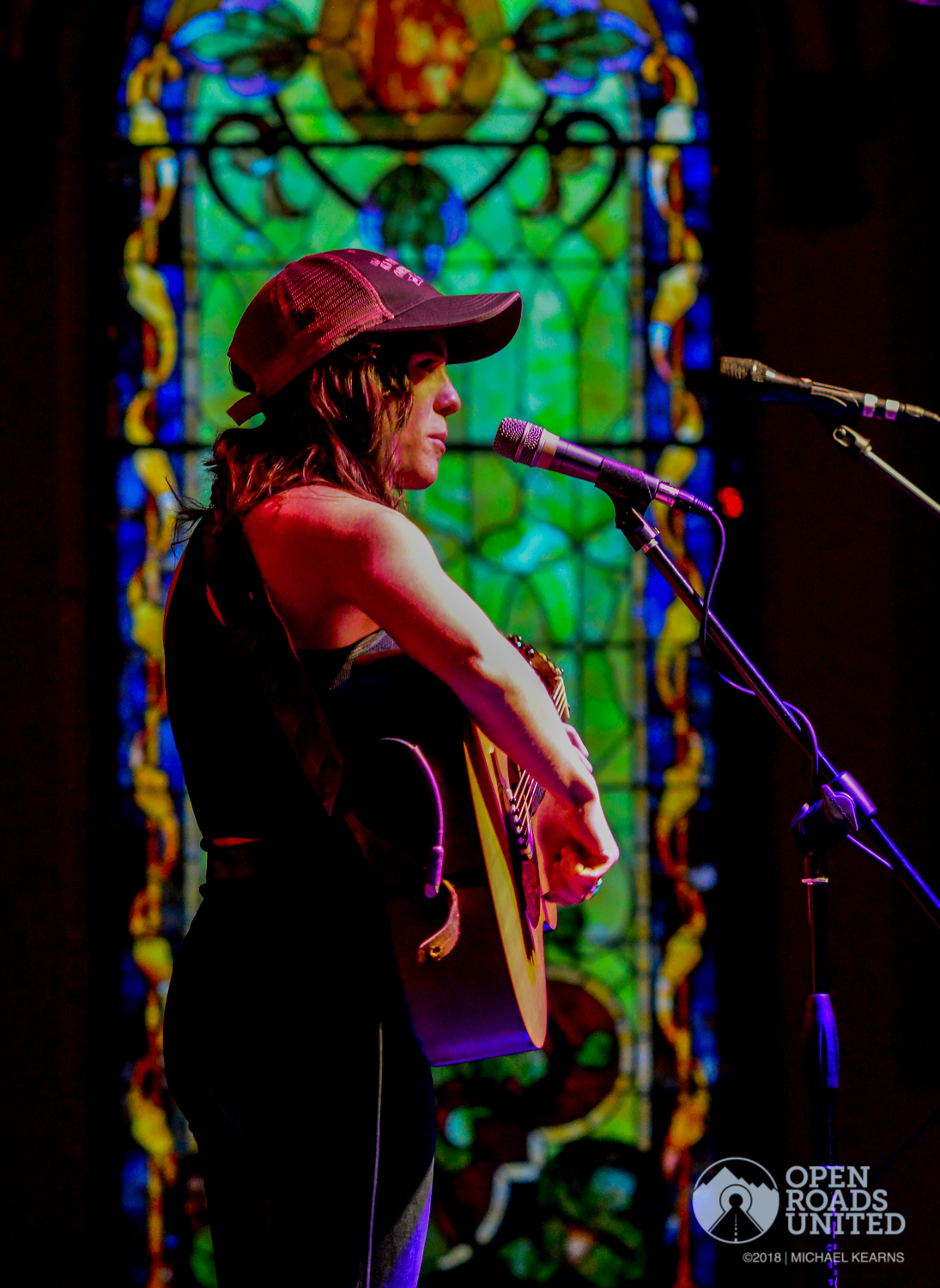 How did you find Country music and when?

I found country music after getting into Bluegrass Music. My mom gave me a CD of bluegrass standards. I can’t for the life of me remember the exact album but it was one that contained all the greats, Flatt & Scruggs, Bill Monroe, Jimmy Martin, The Osborne Brothers, The Stanley Brothers .. .etc… Fell in love.. from there country music flowed quickly after. I loved the songwriting and the honesty in country music. I really fell hard for outlaw country as well. Maybe it has to do with the punk that shaped my spirit as such a young age. I started by listening to Hank III and then found the music of his grandfather, Hank Williams Sr.. From there I was slowly collecting music of the greats such as Loretta Lynn, Waylon Jennings, George Jones, Bob Wills, Roger Miller and many more! Definitely have a huge crush on a young Roger Miller…

When did you begin on guitar and was it your first instrument?

I started guitar when I was 12 years old. It wasn’t my first instrument. I possess the same back story I’m sure a great deal of kids in my situation do; my parents started me on piano when I was 9 and I just didn’t take too it. I quit soon after learning the C note and a few starter songs. Next came grade school band where I played the clarinet up until the end of middle school.

Did you have formal music training, a mentor or are you self trained?

I’m mostly self trained but my dad showed me how to hold it, strum it, and my first few chords. I have a memory of him showing me a chart of about 100 chords, you know all those random variations of chords and crazy ones no beginner needs to know just yet, and saying “If you learn all these and you’ll be good at guitar”. As simple as that. After that I took a few months of lessons on electric guitar when I was about 13/14 with a guitarist named Christian Robles who I remember showed me (or attempted to, at least! – I was pretty undisciplined in the art of practice at this point. I probably still am for that matter…) the scales and some theory. In the past few years I’ve reached out to some of my local idols on guitar to pick their brains and learn technique – a couple of them being Chris Goins and Rick Hayes. 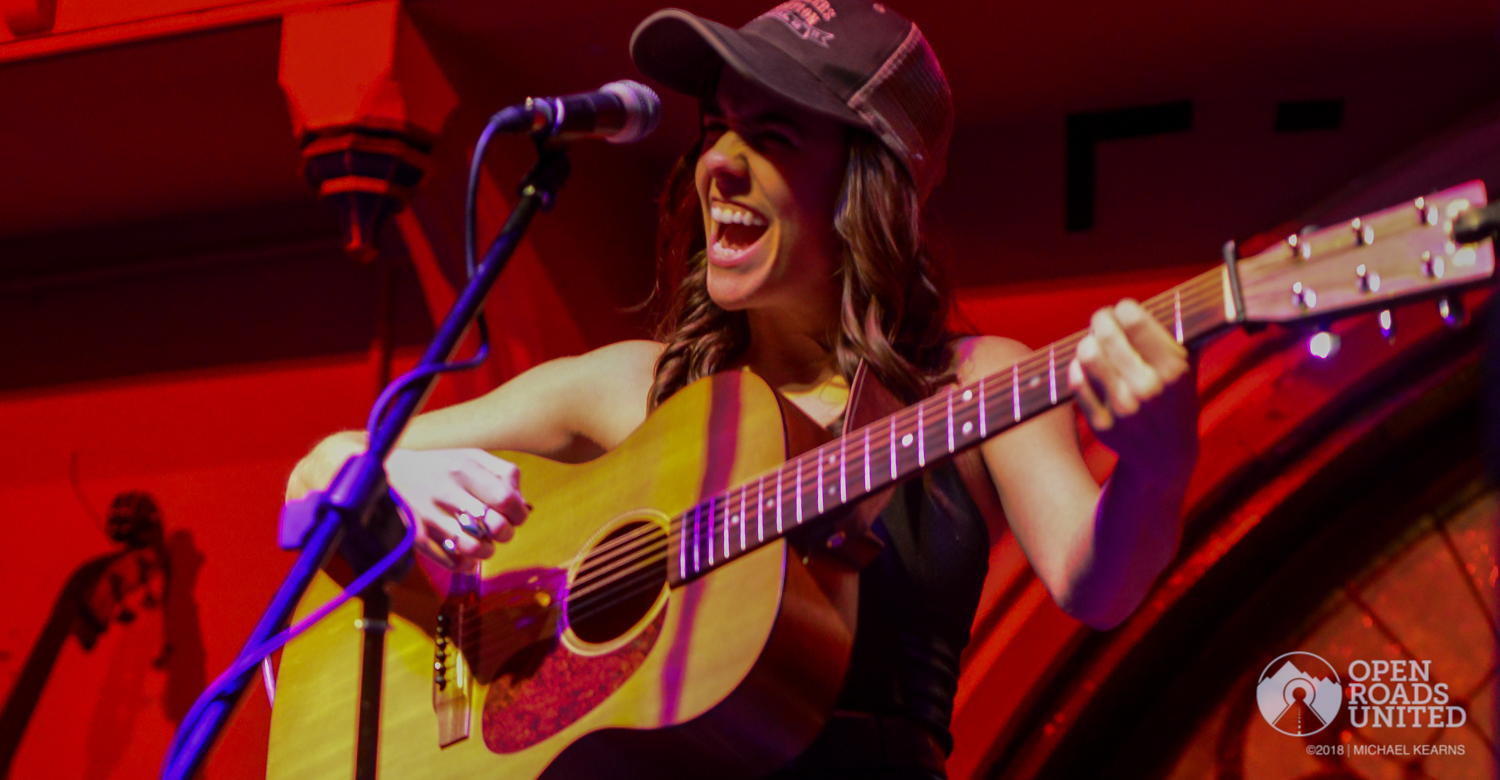 Does music run in your family?

The love of it sure does! My mom was always singing some musical number to us and my dad always had music going in the CD players and on the radio. Playing, as far as doing it for a living, not so much. My dad told me once he used to dream about being a rock star. I guess I got that dream too but refused to strive for anything else! I was told by my mom that I have a distant relative (a great Aunt, I think) that was a professional piano player…

You’ve got a great voice and play a strong guitar, how would you describe your sound, your style and how did it come to together?

Thanks, Michael! Sometimes I’ll say it’s Country, Americana, Bluegrass and Swing all into one. All of those, I think,  can conjure up such different images to people though that I’ll often just umbrella it under terms like “roots music” or “Americana”. I’d say my style is a marriage of the technicalities of both songwriting and playing! 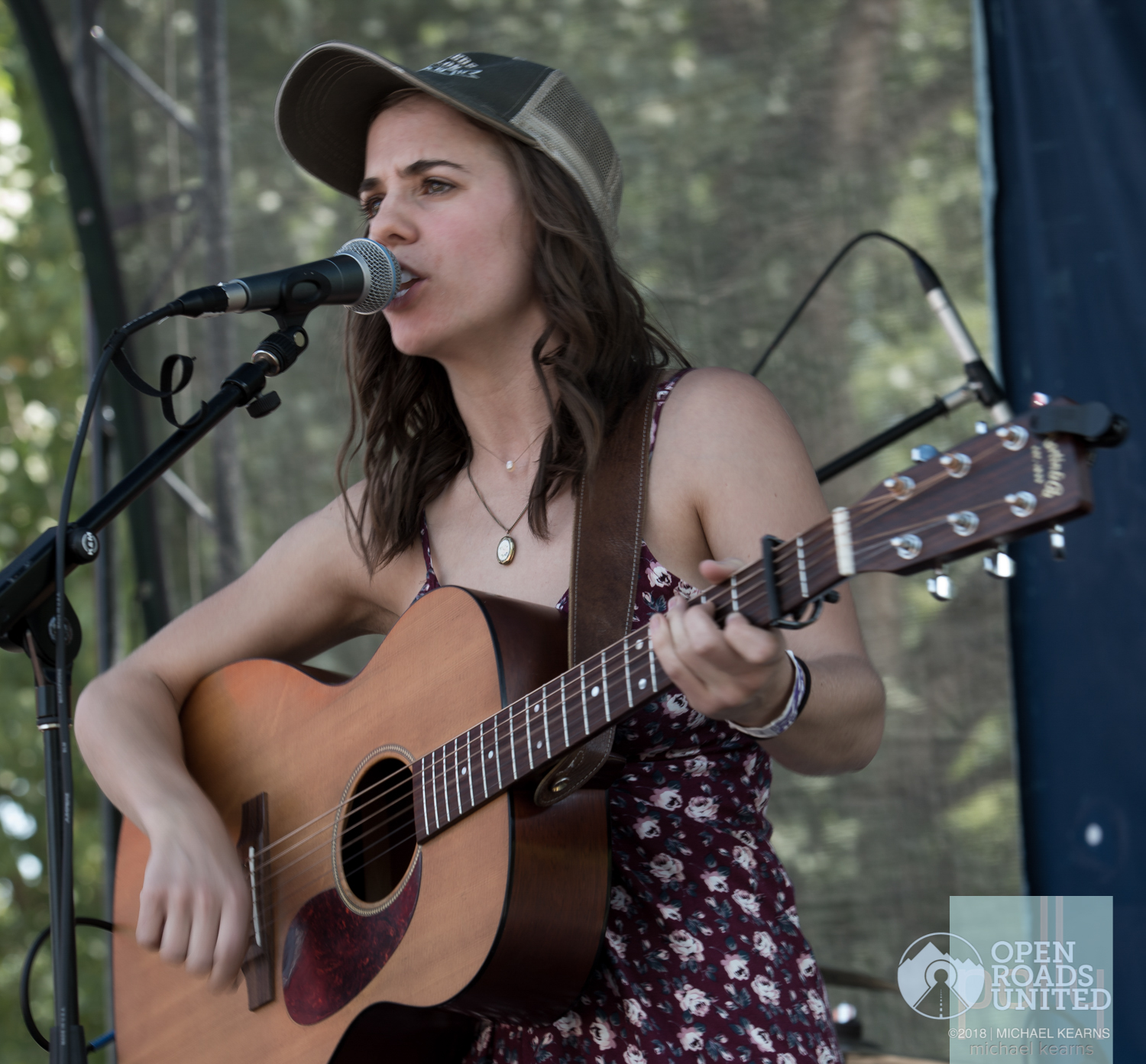 What would you identify as the predominant themes in your songwriting?

I really honestly feel that I’m still searching for that. I will say that I can’t wait for that point; when I start developing personal themes in my songwriting. Right now I’m still digging into this relatively new discovery of country music and I feel that this influx of new artists has shaped my songwriting in the past few years from the fiery sass of a Wanda Jackson to the cheeky outlaw musings of “Randy Howard”. Songs I’ve written more recently such as “Trouble” and my latest, “Bringing Me Down” has been the closest to a developed personal theme, I suppose; the importance of questioning the world around you by looking in on yourself first. That with an emphasis on female strength, of course!

How did you come to be a beardo?

I stumbled across the “Beardos” through the community on the westside of Cincinnati. I would attend an open mic at The Crow’s Nest where many of the city’s roots and folk musicians would play. From there, I was asked to play the Whispering Beard Folk Festival.

What local singer songwriters do you most admire today?

So so many.. I truly love our whole community of writers 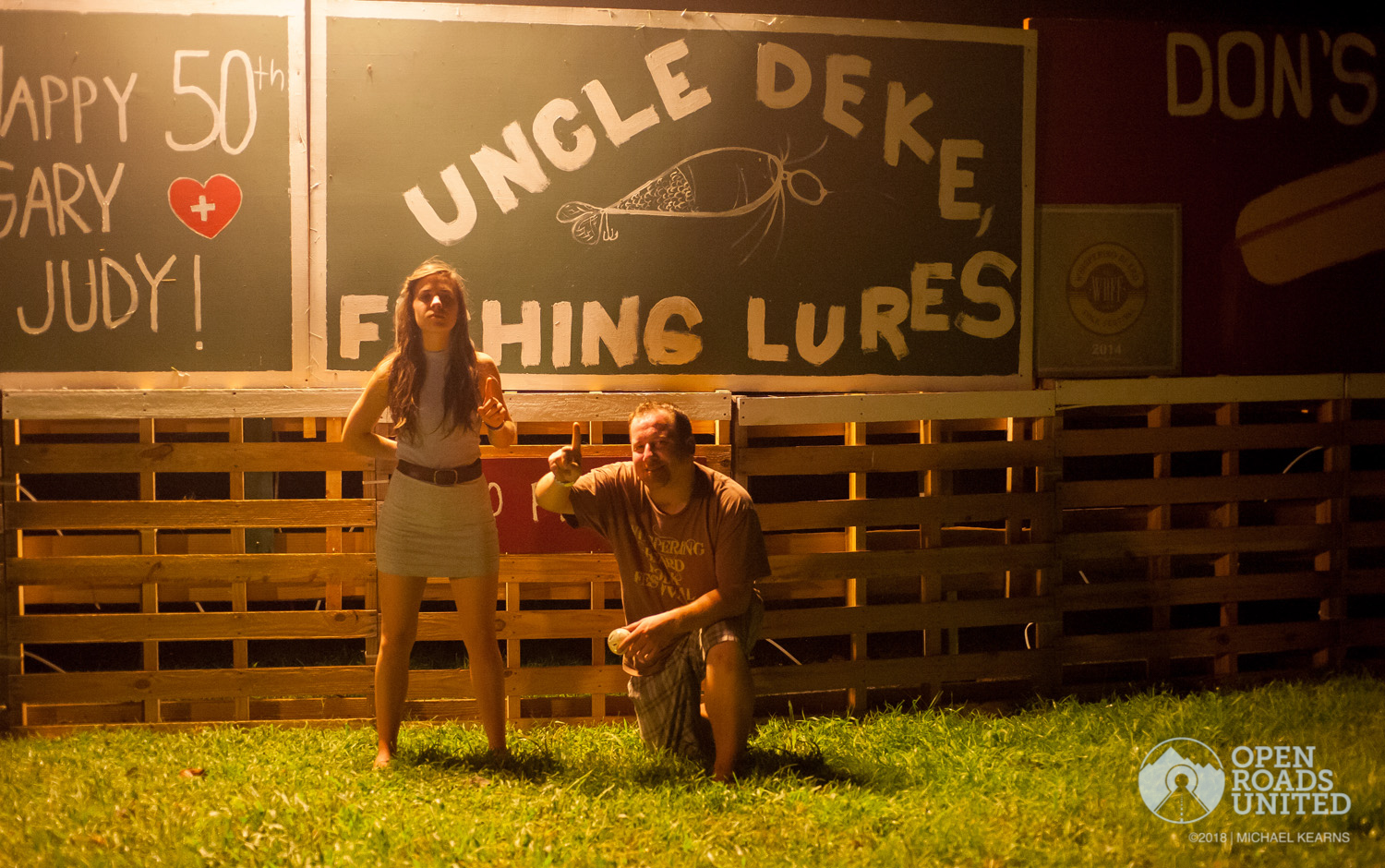 Tell us about your upcoming recording.

I’m so excited to release my first ever full length Maria Carrelli album. It’ll be the songs that many have heard throughout my sets and some new ones too. The album will be a collection of 10 songs, all written by me with the exception of “Busy Line”.  It’s going to feature a bunch of extremely gifted and hard working local musicians. It’s the first time I’ve sat in a studio and hashed out what I want them to sound like. Robert Fugate (with Mind Ignition Studios) is sitting in the captain’s chair for the production and I couldn’t be happier. It’s such a pleasure to work with someone who I feel such a connection with musically and as a human as well. He is immensely talented and endlessly passionate about sound engineering.

What can we look forward to, from you, over the next year?

Definitely the album coming out is probably the biggest thing on my radar. I’m hoping to get a release date nailed down here soon so hold tight for the announcement of that. I have a few tours coming up. One of them being a project I’ve been honored to be a part of: The SheFolks Tour. It’s going to be an act made up of Nashville songwriter, Georgia English and Myself bringing our tunes through different parts of the country and beyond. We will even be bringing the act to Mexico this winter.