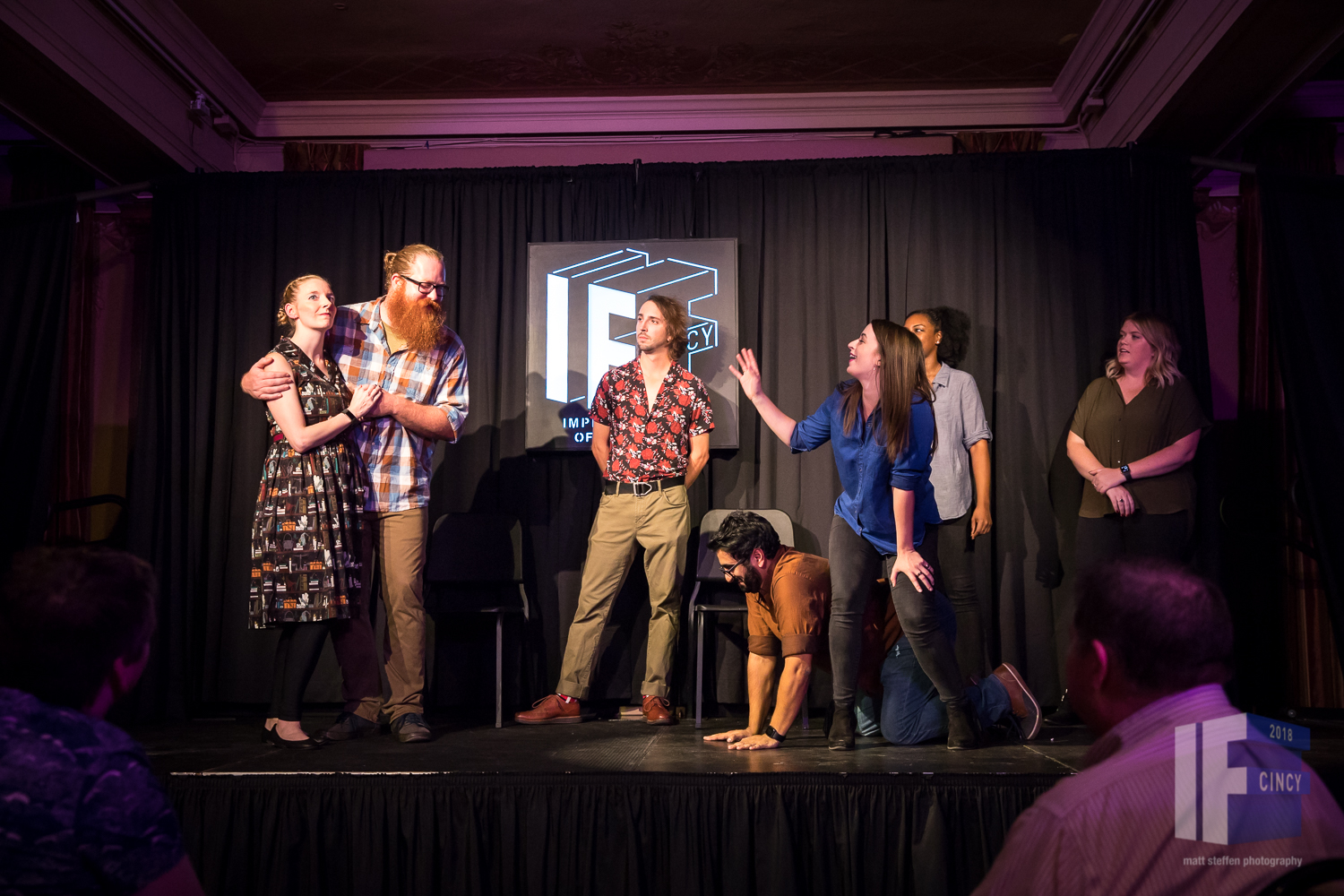 If you’re reading this, it is too late. You blew it. The IF Cincy Improv Festival – 2018 edition is history. And you really missed a good one, not to rub it in. But don’t beat yourself up too badly, there’s still hope. Cincinnati has your improv needs covered year-round. 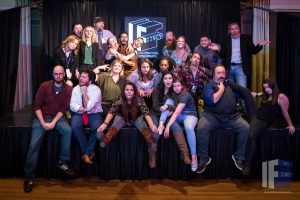 OTRimprov, the producing team behind IF Cincy, formed in 2010 when a handful of performers found themselves in Cincinnati looking for a place to play. “OTRimprov is collaborative, simple, and joyful” declares their website. They soon landed in Know Theatre’s Jackson Street Market, an artistic community resource sharing program. Their ranks swelled and the collaborative began producing shows, fostering local talent, training younger comedians, and working with regional acts. Countless troupes have formed from the original core, trading members, ebbing and flowing through the Cincinnati improv scene. In 2014, they trained their sights on a pin in the improv map creating the IF Cincy Festival.

For the next four years the independently produced festival built up steam. National and local acts of varied fame and notoriety played to sold out crowds in the Know Theatre’s lounge and main stage. Workshops were offered for those looking to get into the game or players looking to sharpen their skills. When putting together this year’s fifth anniversary festival, they discovered that they had more talent than time slots – never a bad predicament to be in. This year the festival moved a few blocks west to recently renovated Memorial Hall, filling two rooms with simultaneous shows for three nights. This year’s festival included performers from Chicago, Atlanta, Portland, Minneapolis, Los Angeles, Ann Arbor, Detroit, Baltimore, Cleveland, and a healthy slew of Cincinnatians. 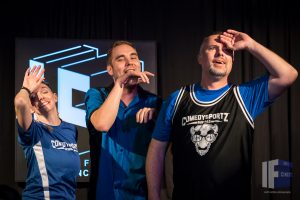 While it’s too late for this year’s festival, OTRimprov perform weekly – every Saturday at the Below Zero Lounge. Check their calendar for monthly improv jams and regularly offered workshops for players of all experience levels. In their spare time, they’ve even landed a ComedySportz team that performs weekly in the underground studio at Memorial Hall. For those uninitiated in ComedySportz, 28 teams nationwide compete in a fast-paced set, battling for audience awarded points complete with referee and scoring. It’s also a family friendly affair, rated G for kids of all ages.

You should also go ahead and keep the last weekend of September open for next year’s If Cincy.