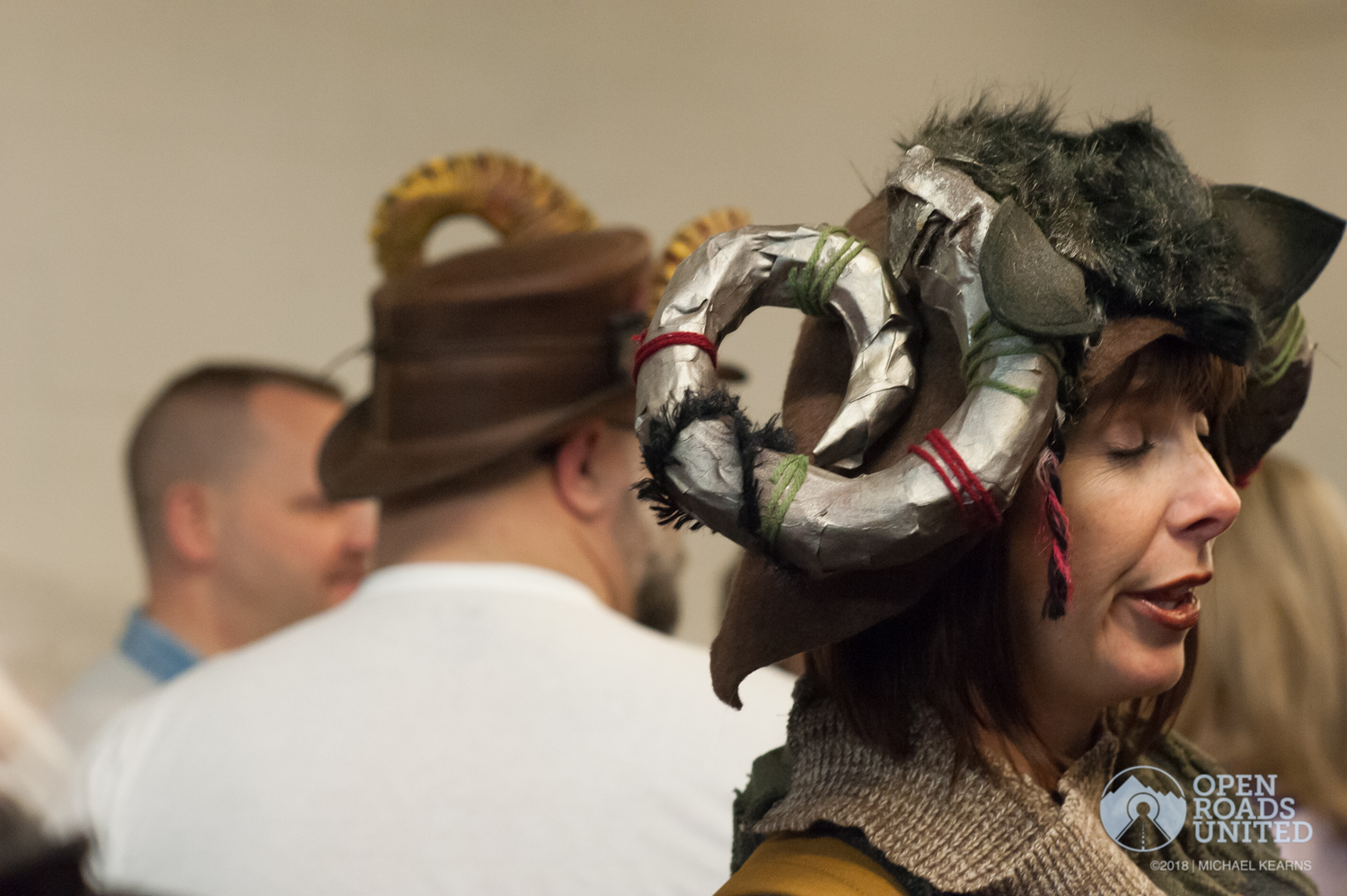 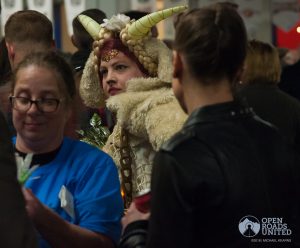 So Cincinnati, of late has been named to about a dozen different national and international lists. Best yuppie weekend getaway; best place on the planet to eat a dozen different iterations of pork for breakfast; best kept travel secret; best small to medium sized city which allows hipsters and millennials to pretend their living in Brooklyn- at half the rent; best city in the nation without a pro hockey team etc. etc.

It’s not news, it’s been a long time coming.

This publicity has led to a gold rush of sorts. People who used to flee Cincinnati for the coasts are not only staying, hipsters from the coasts are coming here and staying. Rents and mortgages, in our hipper and unhip neighborhoods alike, are skyrocketing. 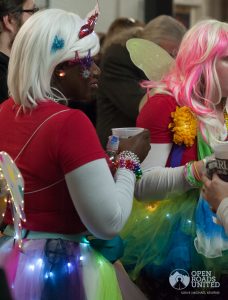 Something on the order of ten restaurants a day open- each more dazzling and wonderful than the last.  Roof top bars sprout like mushrooms, there are six microbreweries for every child.  Beer prices and parking downtown have quadrupled in the last ten minutes.

Some natives profit, some-like myself- are simply fucked. Those of us who don’t desire more than being able to have a beer at our favorite haunt while listening to our favorite local bands (Cincinnati has a bad ass local music scene) find ourselves increasingly squeezed out financially and spatially. 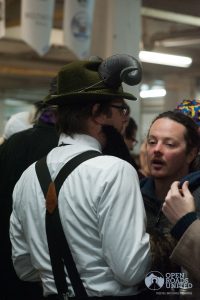 And none of which is to say that we don’t welcome polite, interesting and reasonably well-behaved company. I’m happy to reciprocate all the kind treatment I’ve received in countless cities over the decades. The only problem being that interesting well-behaved tourist- here, like damn near every else- are a rarity. We find ourselves, instead, inundated with the uninteresting; the slack jawed and the bewildered.  Masses looking to spend time stumbling through the core of our “nice charming city.”

The irony is, however, that such people have no idea of just how weird this city is; for deep down inside, Cincinnati is a very strange place. The normal among you might be better off in Sacramento or St Louis. We may look like a small quaint city built on the ruins of a long dormant Germanic Irish empire, but we’re not. 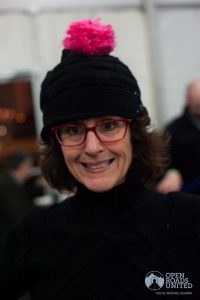 One of my favorite examples is Bockfest, which is, more or less, Octoberfest in March except nuttier and hornier- figuratively and literally.  Wicked potions of special deep dark beer are brewed- and have been brewed for over 100 years- to celebrate- among other things- the coming of Spring.

This beer- which is malty and potent (sort of a ballsy sweet porter with a heavy bass)- came to be, over the decades, associated with goats. There is, therefore, a grand mixing of drunken people- across all classes and ages and races- who become intent in fleeing their winter abodes, forming a large parade (featuring goats,  citizens dressing in strange garb and celebrating our collective German heritage- which everyone may or may not share). True German lineage doesn’t really matter for Bockfest- though damn near everyone born in this city has some degree of sauerbraten coursing through their veins. The marchers wander and weave from ancient pub to sundry beer halls. Along the way, people drop off in these various bars and beer houses and commence to get it on. 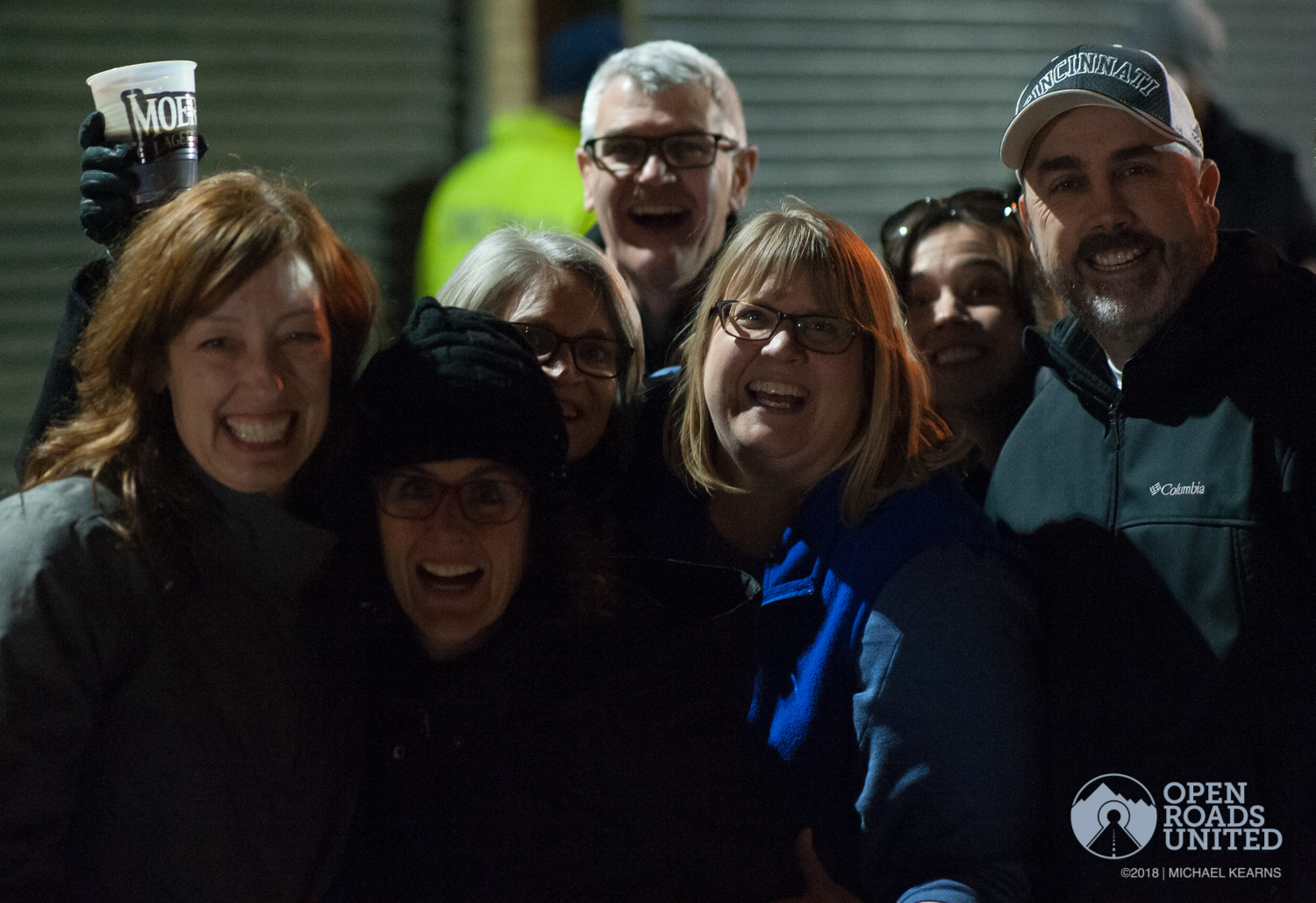 The thing to know about is that Cincinnati was built by German Catholics- a deeply conservative breed which prides itself in maintaining external morality. They are as straight as they come.

But, as with all repressed peoples,  when no one is looking, they’re all about getting funky as you wanna be.

In the beer halls, during Bockfest, all forms of the eating of the pig ( especially the greedy swallowing of the sausage in all its multicolored multiple and delicious forms is the thing- this is after all a festival of renewal and rebirth) combined with the drinking of the sacred beer,  further melding with various forms of  prancing to multifarious types music, including-God Forbid- traditional German Oom Pah Pa Bands culminating in, sweet Jesus, public displays of of goat-like rutting.

Among the many competitions and events held over the weekend are, for instance:  the “Billygoat Ball with live music, more cold bock beer, and the Beard Baron and Sausage Queen competitions!” You might want to keep a tight rein on your children. 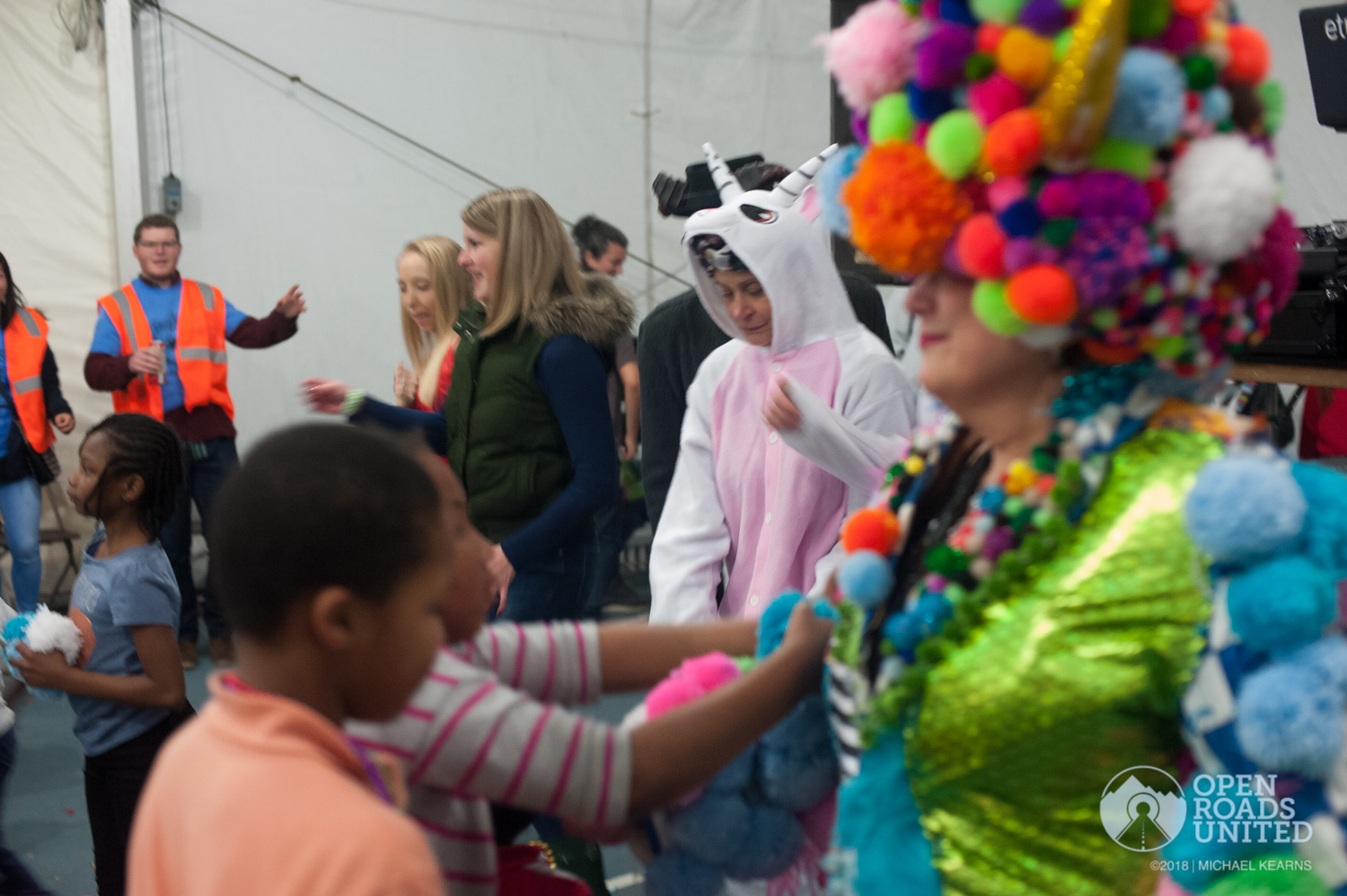 The Plundering of the Warrior Ball Goddess

In short, there’s no telling what’s going to happen once a half-million repressed catholic are let out of their cages.  From low to high all are equal and weird alike in the eyes of the goat. And like good Southern Baptists, no one is going to remember- come Monday morning- what they saw on Saturday night.

In the single beer tent I held down Fri night, women dressed like goats and performed a vaguely Sapphic mating dance. An older woman walked in, dressed in a gold lame and yarn balls.  She gladly and patiently allowed urban children to tear her costume to pieces and spontaneously created a new beer hall sport- warrior ball-  in which everyone, from five to seventy and white to black, participated while conjuring up a  bizarre Shirley Jackson Lottery kind of vibe. 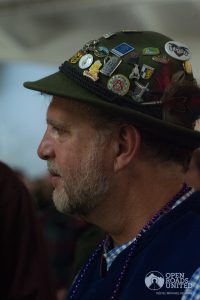 Men in pork hats and lederhosen stared into space, stoned on stout, mettwurst and sauerkraut balls, barely registering the young women walking by dressed as lambs and chickens; the Deutsche-Amerikanische Burgers python-like as if satiated after swallowing, well a large goat or pig. It’s certain that come tomorrow, however, the Burgers will not be so disinterested nor the chicks and lambs so safe…. 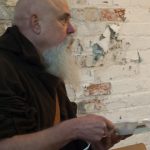 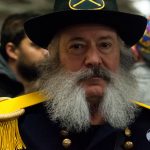 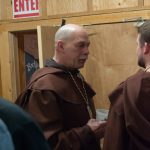 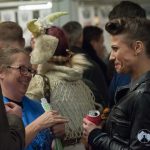 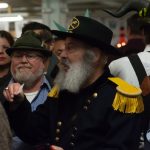 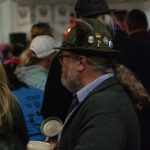 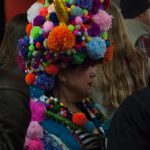 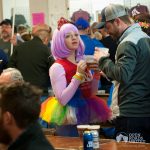 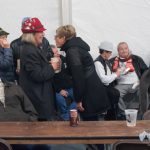 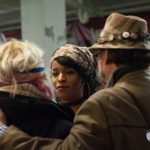 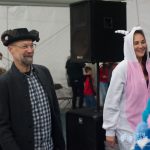 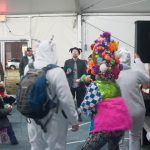 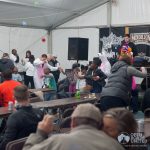 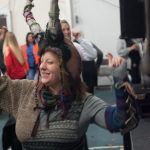 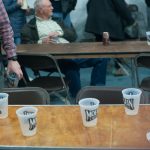 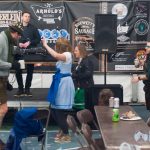 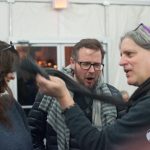 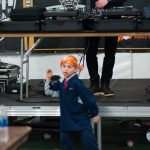 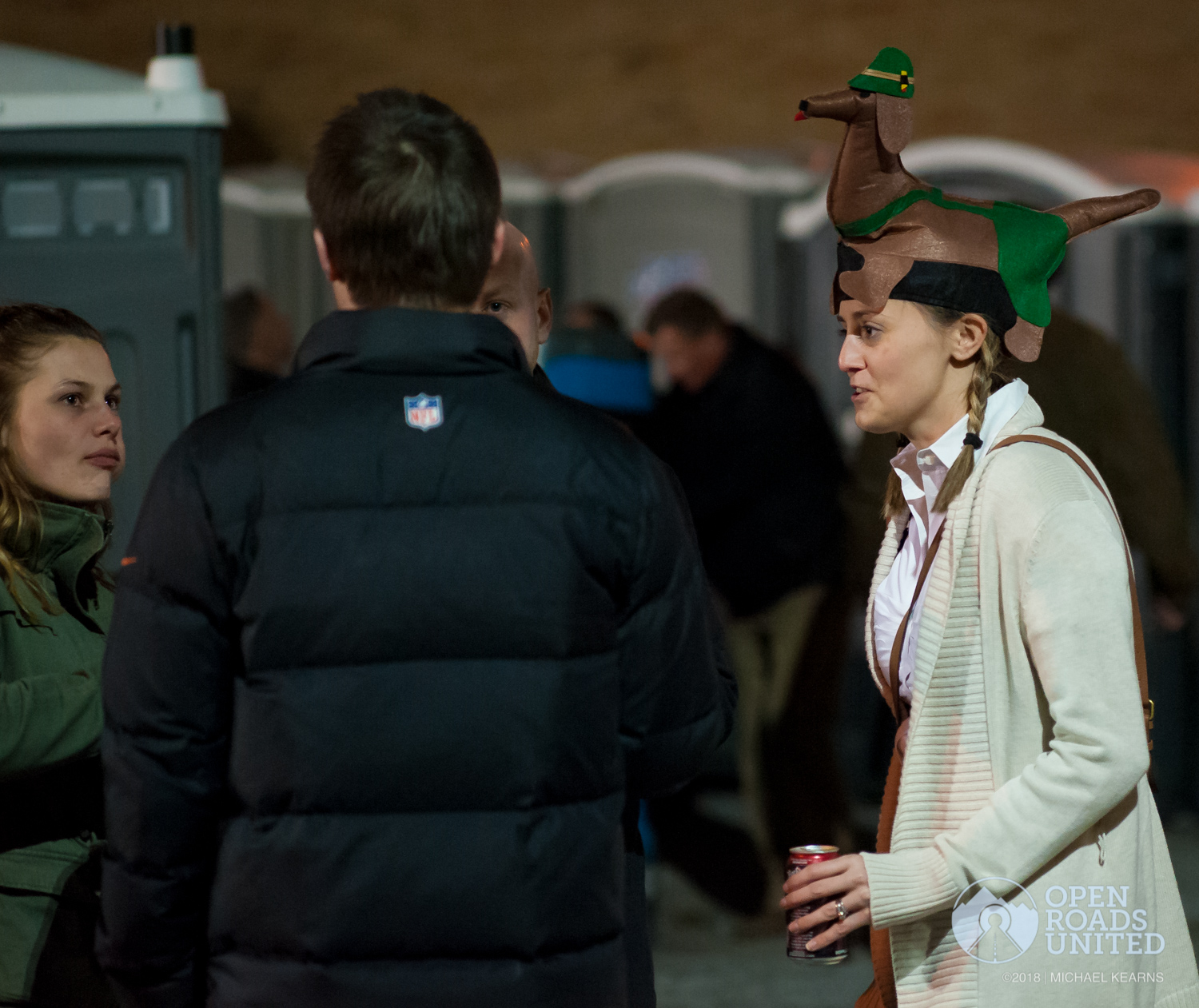