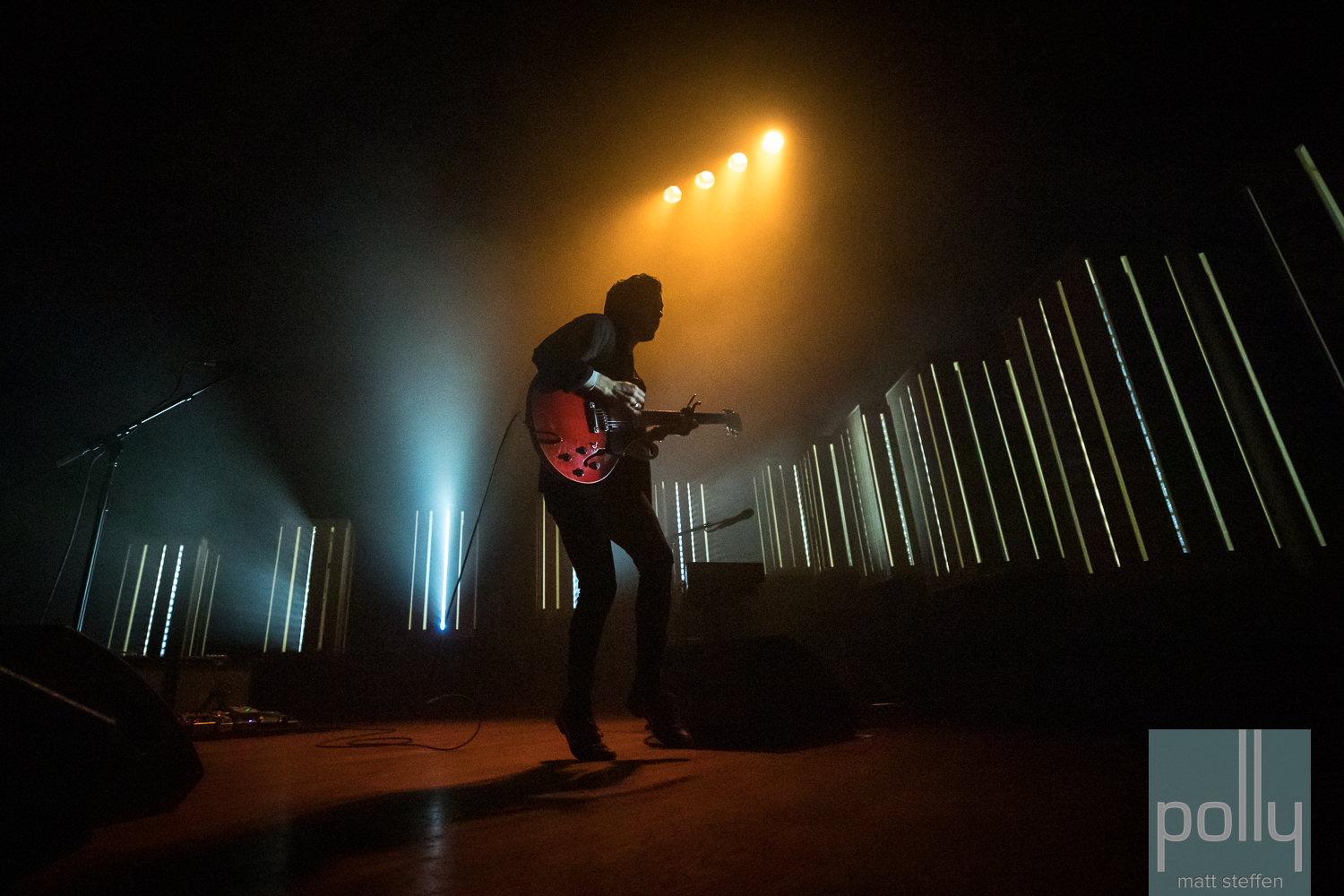 He entered a dark stage, alone, slipping between slotted wooden pillars in a peak formation. Peaking through the slots twinkled and pulsed an ethereal light, echoing out through a healthy dose of smoke. He was able to captivate the room, sitting noticeably attentive and polite. The Tallest Man on Earth is a charismatic host. He put us all at ease with stories slipped between songs, seamlessly fleshing them out, self-admonished for going on too long. “You probably didn’t come here to hear me talk.”

The Tallest Man on Earth has twelve fingers on his right hand. A syncopated Travis-style shuffle way of picking, closer to a well-caffeinated Sam Beam. On past recordings and tours he’s layered in another string or a drum, but it’s hardly necessary. His sound is full. Laying over it a distinctive gravelly swoon, hitting falsetto at times. A nasal growl reminiscent of a young Dylan with the ability to punch through with an almost Hetfield yulp and at once the more delicate vulnerability of Sufjan.

The man behind the moniker, Kristian Matsson, spins tales of poetic illusion intertwined with a straight observational, gazing-out-the-window, on-the-road narration. Americana in every way, his voice never gives you a clue of his Swedish origin. Not unlike his photographic counterpart, Swiss-born Robert Frank, maybe it takes an outsider to hold the mirror up to The Americans true appearance. Matsson’s songs speak of longing and loss and searching for the nostalgia that may be more dreaming than memory, but there’s a vein of hope running through. It’s not an entirely somber affair, he falls back from the mic with audible yelps and acoustic slaps, stomps and scuffs. He drops down, making his way back in a Chuck Berry duck strut. The Tallest Man on Earth has studied the American music canon.

Sitting in the Madison Theater that night, we were all transfixed by the otherworldly Tallest Man on Earth, able to whisper from shadows and scream into spotlights while he stood and jumped and flailed. Like a magician, he made two hours disappear before our very eyes.