Running with The Packs

Shonen Knife took the stage at the Southgate house on Thursday. SK is one of those bands which lives, deep in the nether reaches of your mind. They’re not a band which you hear, or play, monthly- let along weekly- however; they are a band which elicits a smile when you hear their name. You think, aren’t they that….

Yes, they are that band, that power pop trio from Japan featuring three once upon a time young female players who dress the part. Punk popish and replete with sequined guitars, SK- who first played in Osaka in  1981 and who have been from the start a band reflecting their 1970s punk rock  influence including Elvis Costello, and new wave bands such as The Ramones and Buzzcocks. 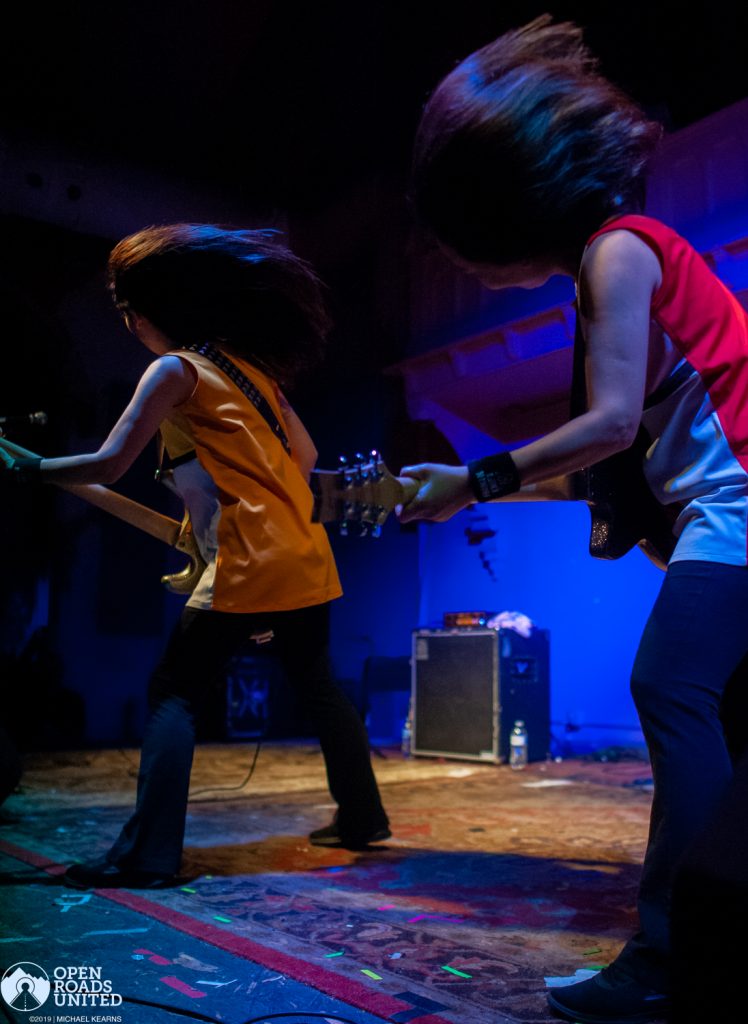 SK themselves describe their music as possessing “ energetic rock songs with rough, punky instrumentation, all the while embracing a do-it-yourself ethos, while, unlike traditional rebellious punk rockers….. [use] catchy, upbeat melodies and frivolous, carefree lyrics which often dealt with sweets and animals.”

Which is a pretty fair description of the show they delivered at The SGH last week. brash, loud and bedecked in school girl and young working girl frocks,  SK bounded about the sparse and suddenly over large stage, giving the people what they wanted: J pop- with Molly Hatchet front stage guitar rocking, as well as plenty of synchronized hair tossing- in time with the most tasteful of power chords- which was all fine a good, as there was, at the end of the night, a consensual meeting of the minds. 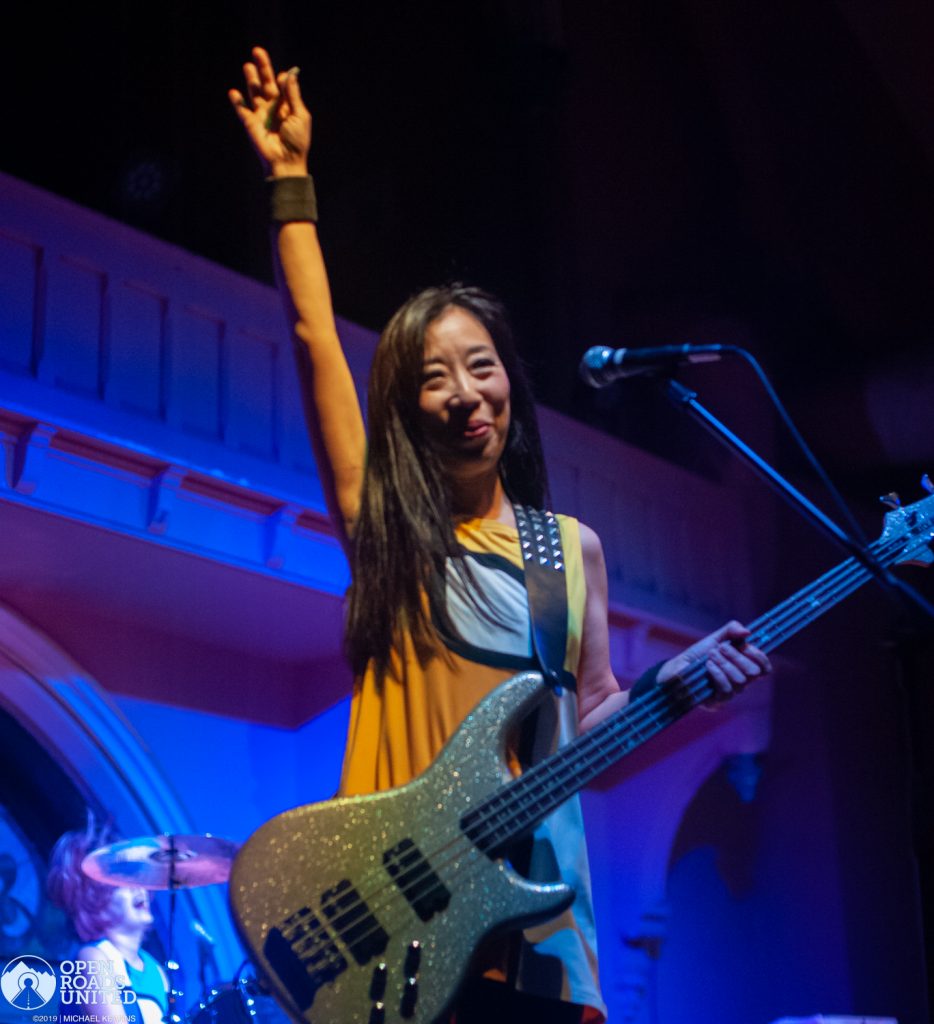 SK, which was formed in December 1981 in Osaka, Japan with sisters guitarist-vocalist Naoko Yamano and drummer Atsuko Yamano and their friend bassist Michie Nakatani.[5][1][2] Naoko sang lead and played guitar, Nakatani was also a lead singer and played bass and keyboards, and Atsuko sang backing vocals, played drums. Times have since changed, as have the players- the act, however, has not.

Me like Bees opened the show. Hailing from Joplin Missouri,  MLB is made up of Pete Burton (lead guitar), Jake Bennett (bass), Luke Sheafer (vocals/guitar), and Lewis Brossman (drums). MLB is a road weary, loud, long haired hirsute collection playing straight ahead four piece punk, the exact sort of band which ought to be opening for Shonen Knife- as they have been doing over the prior four weeks.

MLB is a veteran band which is composed, like Shonen by road dogs. They recorded their first disc, The Ides, in 2013 ( and were then invited to compete in the Ernie Ball Music Man Battle of the Bands. They won that competition over 20,000 other competing bands in 2014. 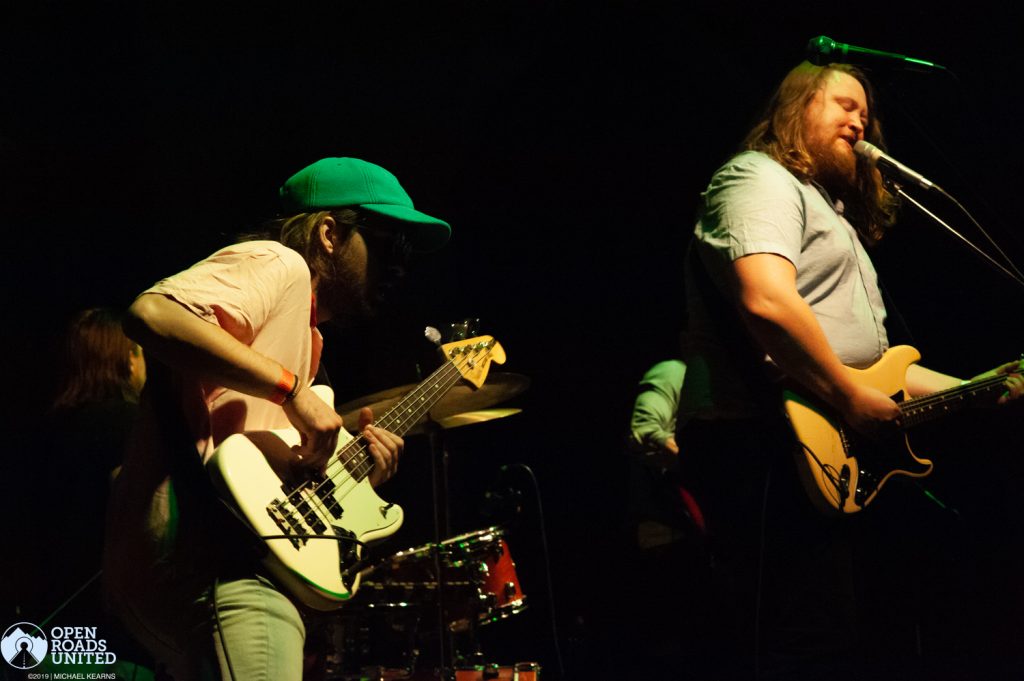 They’ve been on the road since, including a leg on Van’s warped tour. After subsequently releasing their sophomore effort in 2015 “There Will Be Time” with award-winning producer John Feldmann, they embarked on a nationwide tour.