Not Just Another Thursday Night… 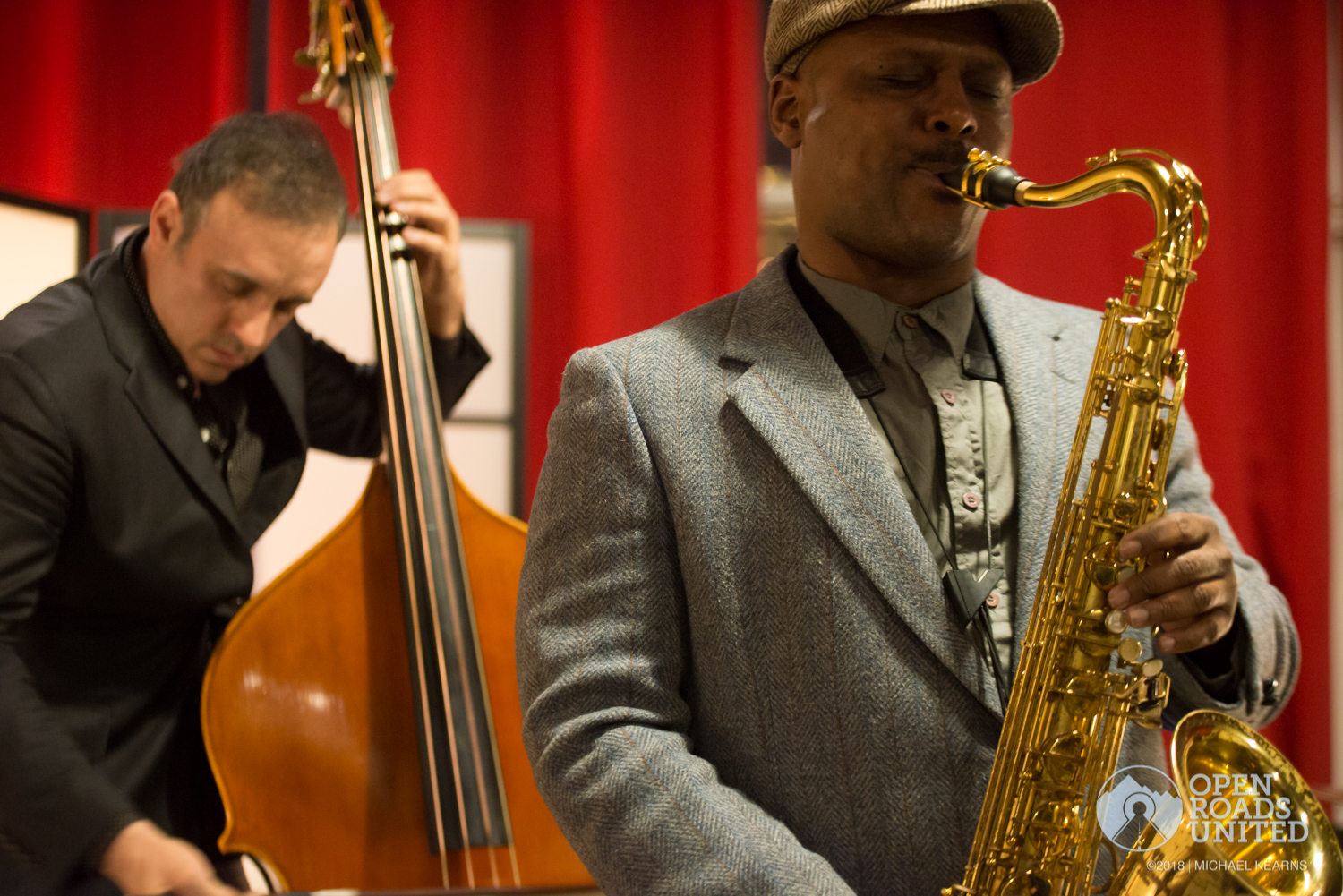 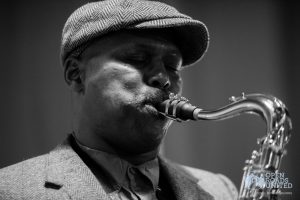 We had the privilege of catching the JD Allen Trio (featuring Gregg August and Rudy Royston) at the Golden Mean Arts .  The Golden Mean is a house-concert style environment downtown. The fifth floor loft venue venue is intimate, – maybe 40 by 40- and well lit with great sound, and is located immediately adjacent to Arnolds. There’s room for somewhere between thirty to fifty.

When not acting as a concert venue the space does double duty as the practice venue of the Brandon Coleman Trio.

Realizing that the space went unused on many evenings, Brandon and friends decided to “occasionally host artist of high caliber to present intimate shows of intense music!” 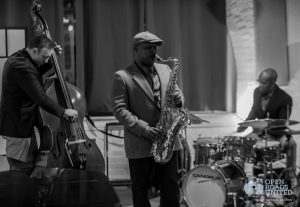 JD AllenMr. Allen’s trio fits that bill.  It’s not hyperbole to say that their music is both of high caliber and intense. In short the show was a revelation.

For those who don’t know Mr. Allen,  here’s a short excerpt from his bio from his current recording label Sunnyside:

Hailed by the New York Times as “a tenor saxophonist with an enigmatic, elegant and hard-driving style,” JD Allen is a bright rising light on today’s international jazz scene. His unique and compelling voice on the instrument – the result of a patient and painstaking confrontation with the fundamentals of the art – has recently earned Allen a blaze of critical attention signaling his ascension to the upper ranks of the contemporary jazz world. 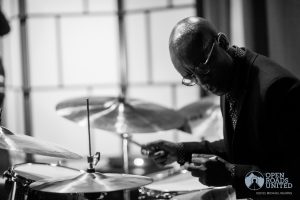 JD’s debut album, In Search Of… (Red Records, 1999), won him the Best New Artist award in Italy, and reviewers praised him for his compositions and conceptual boldness.

In 2008 Allen began an association with Sunnyside Records, which released I AM – I AM featuring Gregg August (bass) and Rudy Royston (drums) and garnered rave reviews from the New York Times (Ben Ratliff’s Playlist), Time Out NY (music cover), All About Jazz, Jazzman, Jazz Wise and Downbeat. That year Allen was awarded Rising Star Tenor Saxophone in the 56th Annual Downbeat Critics Poll and appeared on NPR’s Jazz Perspectives, WNYC’s Soundcheck and WKCR’s Musician’s Show. 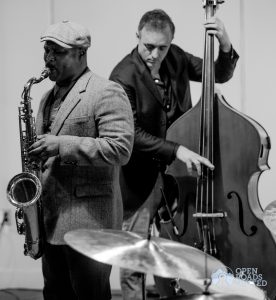 The show did not disappoint. Mr Allen and his Trio played a spirited set to a very pleased room. Bringing a sound seeped in, and originating from, classic bop and hard bop, the trio ripped their way through the set while rarely resting  and rarely coming to a rest.

To hear this band- which in 2009 played a week at the Village Vanguard to great acclaim, in such intimate proximity, is the stuff of which jazz memories are made.

The Golden Means has quite a line up over the next several months and looks to be a welcome addition to Cincinnati’s no longer anemic jazz scene, especially when one contemplates the impending opening of Club Vivace next month. 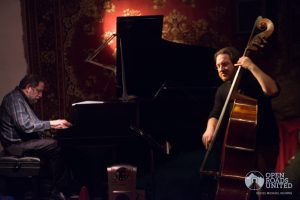 Catching Mr. Allen’s hard driving trio would have been pleasure enough on a cold and snowy Thursday Night, yet as the fates would have it, we were also able to duck into Schwartz’s Point to catch the late set of 2/3’s of Phil DeGreg Trio, or less obtusely, Mr DeGreg playing a duo with bassist Aaron Jacobs.

As anyone who has the pleasure of catching Mr. DeGreg, over the years knows, his music bears little resemblance to the hard driving sound of JD Allen; yet, like Mr Allen, DeGreg has his own clearly defined sound and a long, long list of professional accomplishments. Per his website: 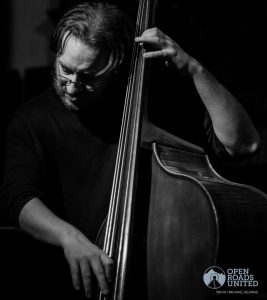 A native of Cincinnati, Phil completed a degree in psychology from Yale University before becoming a professional musician.  [He’s] … toured the world … with Woody Herman’s Thundering Herd… was the recipient of two National Endowment for the Arts grants…[and] was named one of the 10 finalists in Jazziz Magazine’s 1995 “Keyboardists on Fire” competition, and was a 1996 finalist in the Great American Jazz Piano Competition. For 16 years, he served as the house pianist at Cincinnati’s famous Blue Wisp Jazz Club, accompanying visiting artists on weekends. His jazz festival appearances include the North Sea, Pori, Monterey, Montreux, Brecon, Wigan, and Elkhart Jazz Festivals. Phil has performed in clubs and concerts throughout the United States, and in the United Kingdom, France, Denmark, Germany, Italy, Guatemala, Costa Rica, and Brazil. In 2008 Phil was awarded a four month Fulbright Fellowship to lecture about jazz in Brazil… 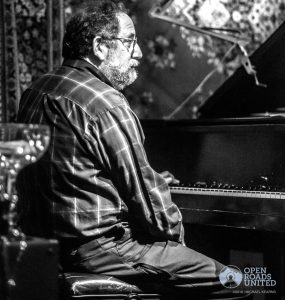 In any event, Mr DeGreg, and his bass player turned in a set-ranging from Cedar Walton to Clifford Brown- which was nearly as warm, comfortable and conviviable as the surroundings in which they played.
Catching both sets on the same night provided a very nice insight into just how fortunate local jazz fans are these days.  To have two artists of such talent, ability and vision playing in venues in such close proximity, for just a contribution at the door, is beyond fortunate- and one has to believe- an endangered phenomenon.

al and international attention, venues and shows such as these, will become less and less of a secret.

Until then, we’ll enjoy them all while we can. 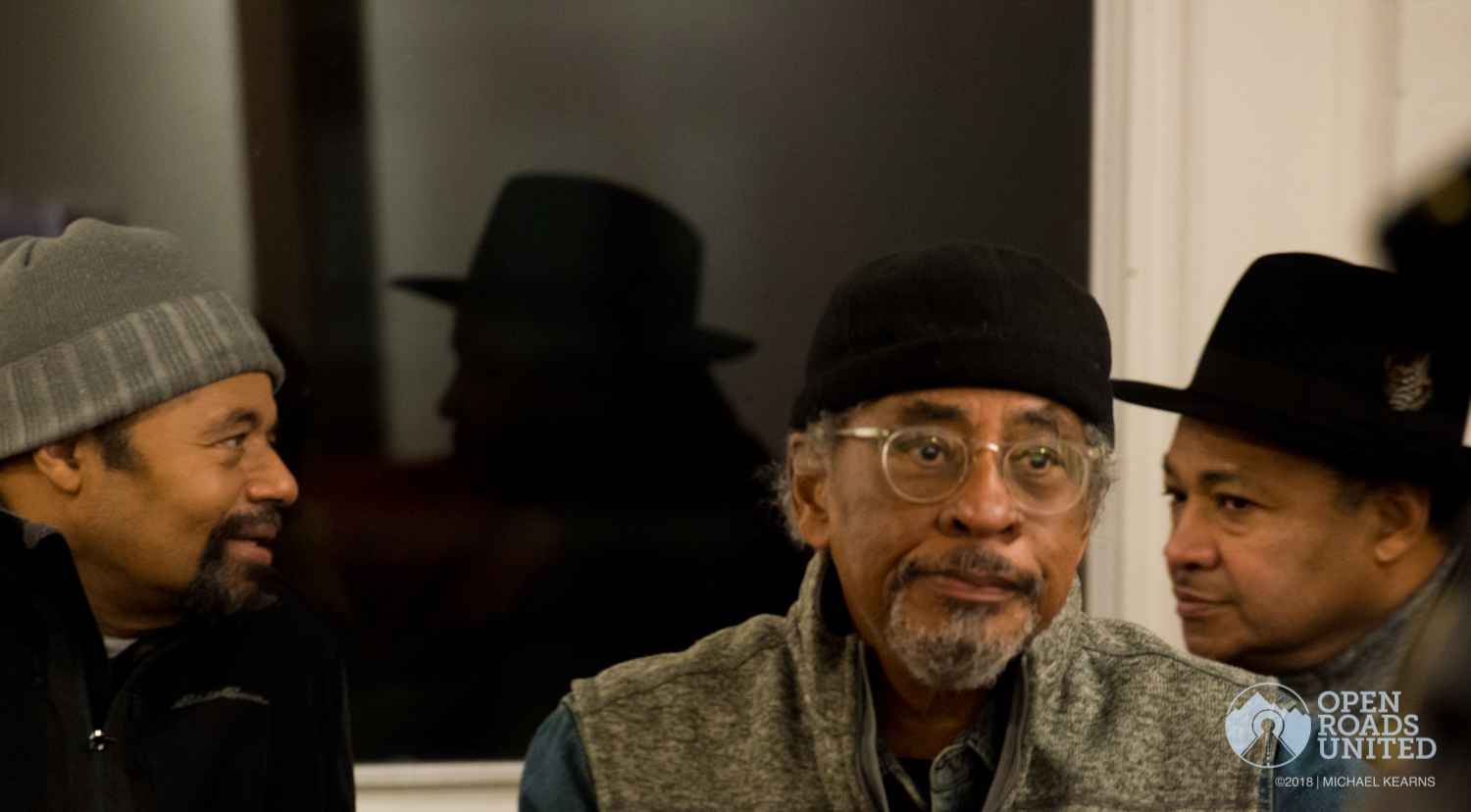